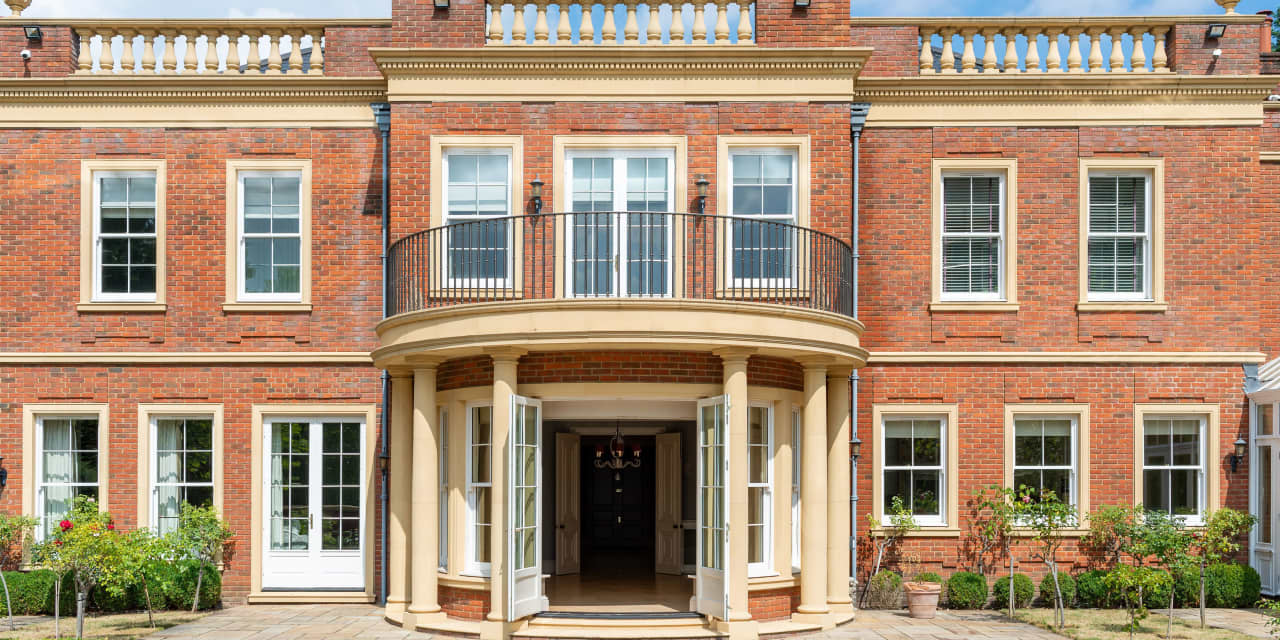 A lavish English mansion—brimming with tributes to the West London soccer club Chelsea F.C., including the floor of the indoor pool—has come to the market for £9.27 million (US$10.7 million).

The property, which “radiates grandeur and glamour on a monumental scale,” according to the listing with Fine & Country, is within Surrey’s St George’s Hill—considered one of the U.K.’s best private country estates.

The neighborhood is synonymous with the wealthy global elite and stately super mansions and was once home to John Lennon and Elton John. The 960-acre gated estate sits just 23 miles southwest of central London.

“St George’s Hill House is not just special by name, the house itself is magnificent,” said Sean Barrett, managing director of Fine & Country Surrey. “A superb 1.5 acre plot, 13,000 square feet of well thought out accommodation, leisure complex, garaging for approximately eight cars with a two bedroom annex above, it’s not difficult to see what attracted our clients to the home in the first place.”

The home is being sold by David and Angela Dawes, who reportedly won £101 million in the lottery in 2011.

The couple paid £9 million for the six-bedroom house in 2012, property records show. They couldn’t be reached for comment.

Judging by the home’s entertaining complex, the pair are dedicated Chelsea fans. An oversized Chelsea crest is tiled across the bottom of their indoor pool, and the games room and bar area sports the team’s iconic blue over the walls and more crests are displayed across the curtains and on the front of the bar.

“If you are a Chelsea fan (or player) then of course the house is ready for you,” Mr. Barrett said. “But equally, I’m sure fans of other clubs would take great pleasure in replacing the Chelsea-themed leisure complex with something closer to their heart.”

The Mirror first reported the listing.

A Facebook whistleblower, two former U.S. defense secretaries, several past lawmakers and intelligence chiefs are forming a new group to{...}

While there has been a slowdown in financing rounds completed by Israeli unicorns, in the wake of the sharp{...}