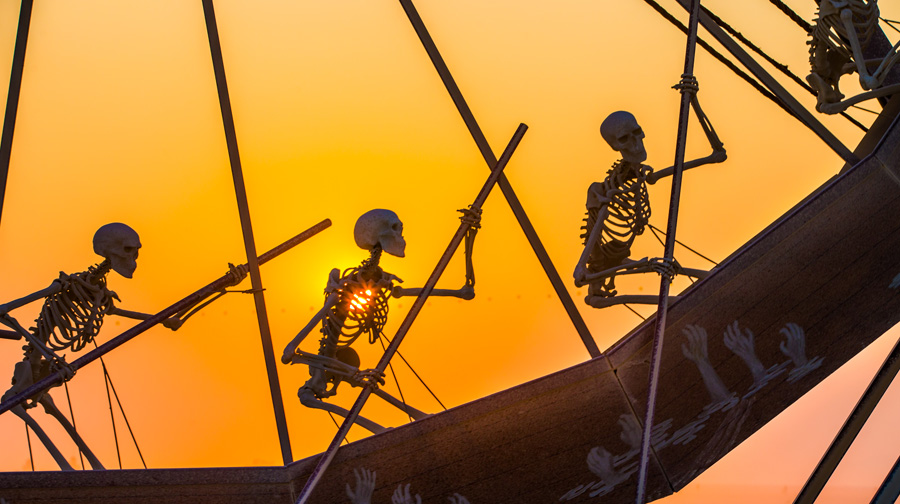 An artwork of monumental scale is reinventing the wheel at the Greenwich and Docklands International Festival (GDIF) this summer. Charon, a gigantic 32ft high rotating zoetrope with posed human skeletons mounted on its inner edge, is completely human powered and each night, bathed in dramatic light and sound, teams of volunteer operators will animate the ferryman, who in Greek mythology rowed the souls of the recently departed across the river Styx. Originally created for Nevada arts festival, Burning Man, San Francisco artist Peter Hudson is now bringing his kinetic installation to a new festival site in Royal Docks.

“It weighs 14,000 pounds and takes two containers to ship it over,” Peter tells the South Londoner.
Despite its vast scope, the creation came about “very quickly,” Peter says. “It took less than a year from concept to build. It took on a life of its own.”

The artist, who began his career as a stage hand for the San Francisco Opera before moving into dressing television and film sets, applied for a grant from Burning Man to create Charon after attending the festival himself and being inspired to give back. “The most compelling principle of Burning Man, to me, is no commodification, no advertising, no buying or selling. It’s a gift economy. No one gets paid,” he says.

“Over 100 volunteers helped created Charon; the grant money is basically spent on rent for a shop space but I could not have done any of this without the volunteers.” In addition to the grant, which only covered around a third of the building costs, the team also raised money on kickstarter and by doing events.
Charon is Peter’s fourth zoetrope and all his pieces are human powered.

“This project took all my focus. I’m relatively unemployed when I’m working on a piece. They let the artist take a stipend out of the grant for living expenses but I’m basically happily unemployed,” he says.
Greek mythology also inspired Peter’s first piece, a swimming Sisyphus called Sisyfish.

“The theme for Burning Man in 2011 [when Charon debuted] was rites of passage and I thought, well the last rite is death. I was already thinking of something with skeletons then Charon came to me in less than an hour. It willed itself into being, which is a blessing and curse because then it’s so much work to then actually make it. But then when I see the look in people’s eyes when they see it moving for the first time, that’s the moment. That’s what I wanted to give back to the Burning Man community. That’s why I do this.”

Charon is at GDIF from September 1-10 at 8pm
on Limmo Peninsula. https://festival.org

This article was brought to you from The South Londoner 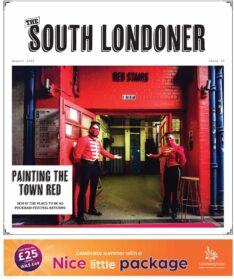 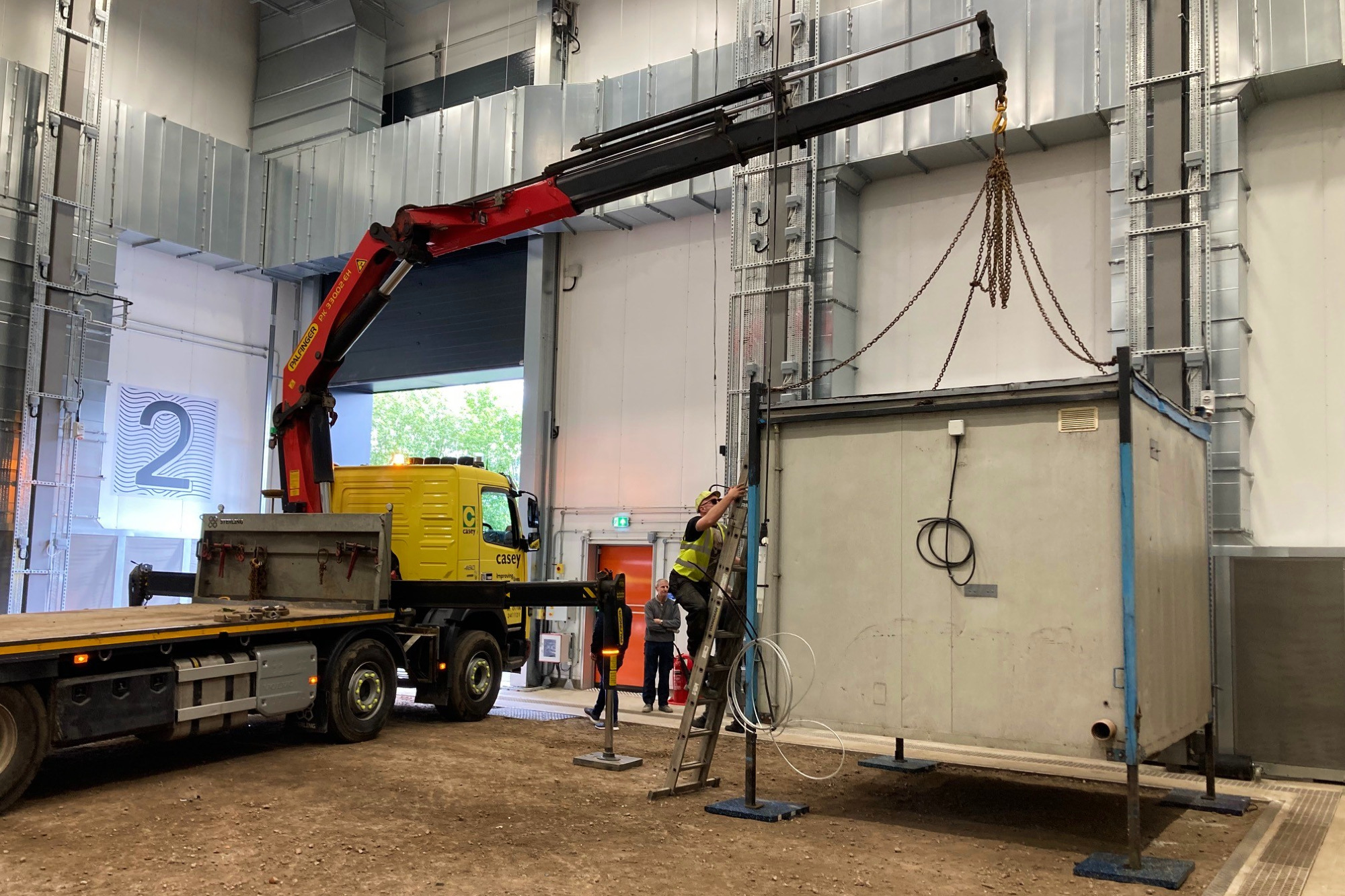 Homelessness charity Emmaus Salford has teamed up with the University of Salford and construction firm Casey to develop new energy{...} 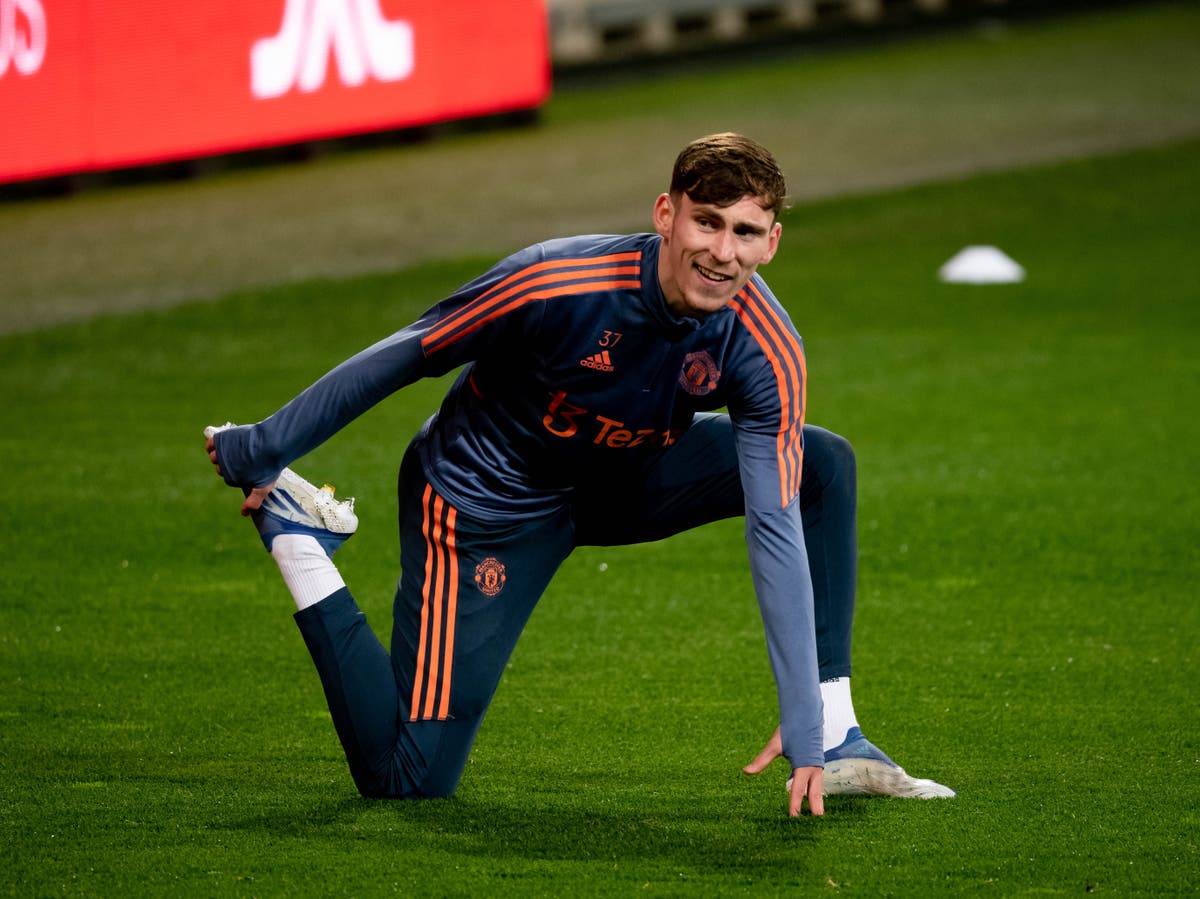 James Garner is ready to make another loan switch if the homegrown Manchester United midfielder fails in his bid to{...}

Arts and crafts organisation Craftspace believe the lives of locals and athletes alike can be changed by 4600 Gifts –{...}