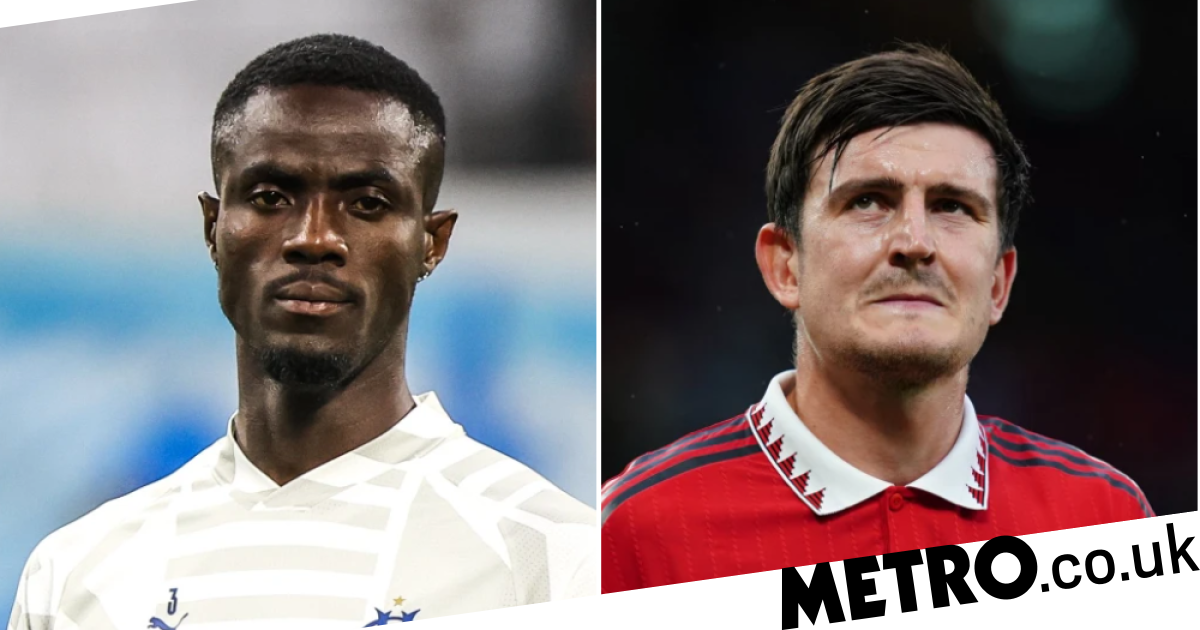 Eric Bailly has taken a swipe at Harry Maguire by accusing Manchester United of ‘favouring’ English players in team selections.

Bailly made just seven appearances for United in all competitions last season and has been allowed to join Marseille on loan for the remainder of this campaign after he informed the club in the summer that he wanted to leave.

Maguire, meanwhile, struggled to find his form last term and following a poor start to the new season, United’s £80 million signing has been benched by Erik ten Hag for their last four Premier League games, including the 3-1 win over Arsenal on Sunday.

Bailly aimed a dig at Maguire in April by endorsing a comment on Instagram from a fan who urged Ralf Rangnick to drop United’s captain and partner the Ivorian alongside Raphael Varane.

And now Bailly has spoken publicly for the first time about how he felt that some United players took for granted that they would start matches, regardless of their performance in previous games.

‘The club should avoid favouring English players and give everyone a chance,’ Bailly told The Times.

‘[The club should] encourage competition in the dressing room, not just look out for some. I’ve always had the feeling that the national player was prioritised.

‘That doesn’t happen at Chelsea or other big Premier League clubs. Some people take it for granted that they are going to start, and that weakens the team. Luckily [Erik] Ten Hag has a lot of character and I hope he can change that dynamic.

‘I met Erik Ten Hag in the dressing room at the end of last season when he went to sign his contract.

‘I was packing my things because my intention was to leave, but he told me he wanted me to stay because he was going to give minutes to everyone.

‘I agreed to do the summer tour with United, and he kept his word, but I don’t want to play every now and then. I want to do it every week and feel important. I want to get my confidence back.’

A “bully” who murdered a woman on their wedding night and stuffed her body into a suitcase has been jailed{...}

When Boris Johnson resigned as prime minister three and a half months ago, some naively believed the most chaotic days{...} The parent of a disabled child says she will “freeze” to keep her daughter alive this winter as she faces{...}