Skip to content
Technology News
An eSim error is circulating in iPhone models and randomly disables iMessage and FaceTime. Bloomberg’s Mark Gurman said he experienced the problem while connected to his T-Mobile account, although others had the same issues on accounts belonging to other carriers.

You may be familiar with the physical SIM card that you normally insert into the phone’s SIM slot so that it can make phone calls, send text messages and connect to internet services. The SIM card allows your phone to connect to your mobile carrier. An eSIM is a digital SIM that is connected to the phone’s motherboard and activated by calling your mobile carrier. The first iPhone models to use an eSIM were 2018’s iPhone XR and iPhone XS.

There are a few solutions that can help

Gurman spread his complaint in a tweet that read: “There is a very ugly iPhone and @TMobile error where iMessage and FaceTime for a device’s phone number are accidentally disabled and there is no way to reactivate it. The only solution that worked for me, getting a new physical SIM card is an extremely disappointing problem. ” Gurman said that as far as he can see, the bug created chaos on iOS 15.4, iOS 15.5 and iOS 15.6 beta 1.

Others have reported that they have experienced the same problem even though they are not T-Mobile customers. There is a solution that has helped. It’s a little complex, so get a notepad and a pen. Write the following: “Get a physical SIM card from your mobile carrier and insert it into your phone.”

Obviously, we exaggerated in terms of complexity, but it should work. Others said disabling eSIM and re-enabling it seemed like a charm, while others just enabled a new eSIM. Another Twitter user explained what happened to him.

T-Mobile representatives say Apple could not solve the problem

“Last week, my eSIM for T-Mobile on my 13 Pro Max disabled itself in the middle of the day itself and tried in the settings to re-enable but said no service and eSIM said the phone is not allowed. Had to get T-Mobile to rebroadcast new eSIM after stupidly trying other things that did not work, including wanting me to reset network settings. None of them worked. “

Gurman did not have a problem with T-Mobile and went on to thank the operator’s rep, who quickly activated a physical SIM card for his phone. T-Mobile representatives told him that others had entered the store with the same problem and that Apple was unable to solve the problem.

So the Bloomberg writer pointed out that he personally went straight to T-Mobile instead Apple. Why? Because he assumed that Apple would not be able to solve the problem. He said, “There is no troubleshooting they would offer that I have not already tried.” He was not mistaken.

As we noted, this is not just happening for T-Mobile subscribers. Those who pay the largest carrier in the country every month have also tweeted complaints. Here’s a tweet like this: “Had the exact same problem but with @Verizon. I was using eSIM and iOS 15.4 was allowed to break iMessage and FaceTime. I had to delete the eSIM and call Verizon to get one new to fix the iMessage issue … Not a T-Mobile issue, but an iOS 15.4 error. “

This error is everywhere, even outside the United States. If we can return to the magical Twitter board (which these days smells of Musk), check out this answer: “This happened to me in India with Airtel. I did all sorts of things to activate it, but it kept on with loading and eventually showed that it could not be activated. Had to change the sim card and it worked! “

If this problem happens to you, do not give up. Switch to a new SIM card, get your mobile carrier to use a new eSIM, or get a big smell in the air. Make sure your voice is heard so your voice can be heard on your iPhone. 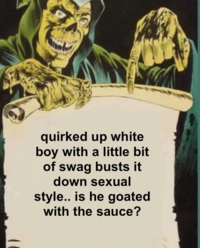 Technology News
Copypasta Is Vital for a Healthy Internet