A Ukrainian exhibition that was left stranded in a gallery in Denmark unable to return to Kyiv when Russia invaded has reopened in Brussels after being adopted by the EU.

The Unfolding Landscapes show, which includes paintings, sculptures, installations, drawings, photography and video, could not return to Ukraine and risked being locked away when its Danish run ended.

A solution was found during four weeks of frenetic negotiations between curators, officials in the EU’s foreign policy wing, the European external action service, and the Art and History Museum in Brussels.

Made and curated by 42 Ukrainian artists before Vladimir Putin’s February invasion, the show includes works that give a sense of foreboding. It will now stay in the Belgian capital’s premier art museum until 18 September, after which there are tentative plans for it to move to Switzerland.

EU officials are looking at circulating the exhibition around some of the 27 member states until the pieces may safely return home, in what officials and curators said would be a highly symbolic moment.

At the exhibition’s opening on Tuesday, Ukraine’s ambassador to the EU, Vsevolod Chentsov, said that in adopting the exhibition the EU had “brought this new spirit of quick effective decisions into the art world”, in a nod to the bloc’s speedy imposition of economic sanctions on Russia.

“I hope this project has a big European future,” he said. “It starts in Belgium in Brussels in the heart of the EU, and I know that there are ideas about how it can continue and I hope, I’m sure, we will be able to do it.”

Many of the artists whose works are showcased are involved in the Ukrainian war effort in cities such as Kharkiv close to the frontline in the north-east of the country, according to the curator Natalia Matsenko, who travelled from Kyiv for the Belgian opening.

“I don’t know if any of the artists are fighting but I know some have the intention to do so,” she said. “This is a war and the whole nation is involved. It is not the military over there but the whole country is volunteering now.”

The Ukrainian-Danish artist Sergei Sviatchenko, a celebrated part of the Ukrainian new wave art movement that emerged at the time of the collapse of the USSR, was a key figure in the organisation of the original exhibition in the Silkeborg Bad Art Center in Denmark, which ran until May.

Sviatchenko, 70, said that when it became clear that the original plan for the works to return to Kyiv was impractical he had the idea that it could travel around Europe in a continuation of what he described as his life’s work of “cultural diplomacy”. “Perhaps it can also go to London. That would be special, I think,” Sviatchenko said.

Most of the artists showcased are of a younger generation, born since the early 1980s as citizens of the USSR, who were teenagers when Ukraine declared itself an independent country in 1991.

They are said in the exhibition’s brochure to have had first-hand experience of the 2014 Revolution of Dignity, which condemned the totalitarian Communist and Nazi regimes, and began the decommunisation of modern Ukraine. The 2014 revolution brought the ousting of the then pro-Russian president Viktor Yanukovych.

One video on show by Yuri Yefanov, an artist who was born in Zaporizhzhia near today’s front-line, was filmed in 2013 on a beach on the southern coast of Crimea, where the artist grew up. Its focus is a concrete cube that was once part of the coastal defences. Today the area is impossible to visit as it is the site of a Russian military academy. Russia invaded and occupied Crimea in 2014. 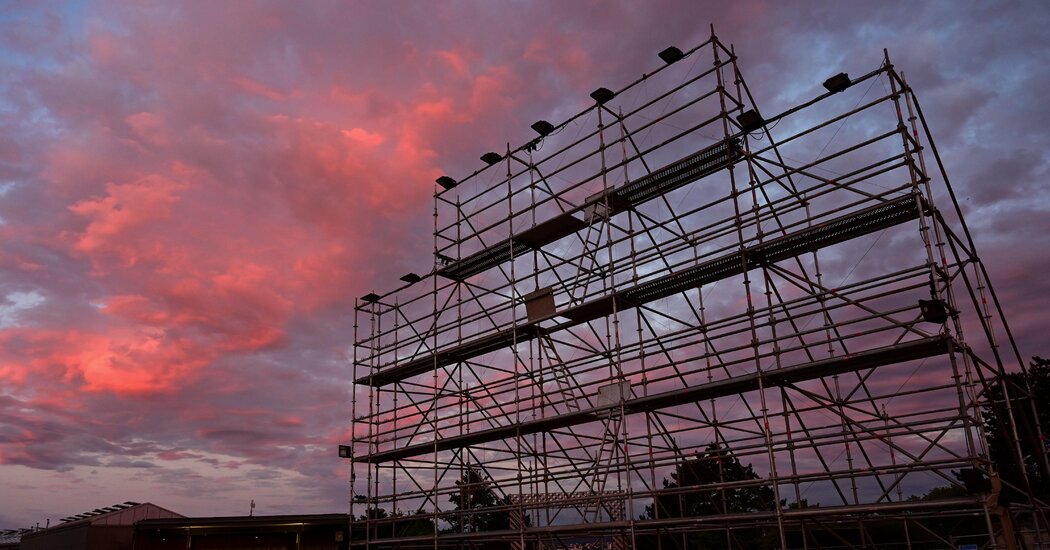 Documenta, an art world mega-event held every five years in Kassel, Germany, is no stranger to controversy. Yet this year’s{...}

The other day, Jann Wenner was talking about his generation. To him, the common notion that millennials and generation Zers{...}