The education company run by Euan Blair, son of former Prime Minister Tony Blair, has joined the ranks of Britain’s unicorns after being valued at $ 1.7 billion (£ 1.36 billion) in its latest round of funding, which increased his paper fortune to more than £ 600 million.

Multiverse, an apprenticeship company, was founded in 2016 to match people who have not been to university with jobs and education paid for by their employers.

The funding, which has come from Stepstone, the US investment group, and two former investors, Lightspeed Venture Partners and General Catalyst, is being used to expand the business in the US as well as the company’s range of training programs.

Blair, 38, said he was trying to create an alternative to college education that brought in people who were traditionally excluded from the workplace.

He said: “There is an incredible opportunity ahead of us to change the status quo with apprenticeships. This funding will help us bring more people without degrees or the need for retraining into tech careers and ultimately create a more diverse group of future leaders. ” He was awarded an MBE for education services in the recent Queen’s Birthday Honors.

The company claims that 56 percent of its apprentices are colored, more than half are women and a third come from poor communities.

Two-thirds of Americans do not have a college degree, but two-thirds of companies ask for one when hiring staff. Multiverse trains apprentices in technical areas such as digital marketing and data analysis, with clients ranging from Google and Unicef ​​to Morgan Stanley and Kantar.

Blair owns between 25 and 50 per cent of the company and employs more than 600 people, mainly based in the UK.

The latest accounts in March 2021 show that the company had a loss of £ 10.9 million. A source close to the company said they would not speculate on when it would become profitable, but that its backers expected it would invest in growth. 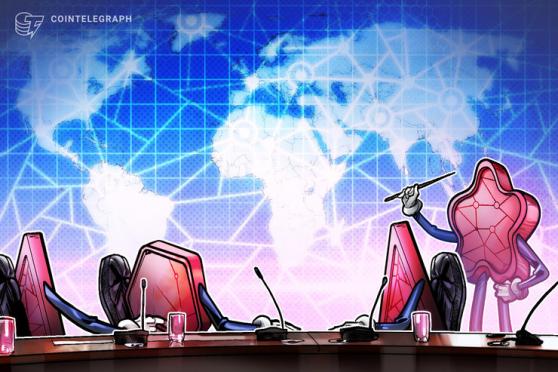 Business News
NFT​.NYC expecting ‘diverse and eclectic audience’ to drive utility narrative of NFTs By Cointelegraph
Business News
I was fined £ 90 for charging my electric car in an empty supermarket car park