WardWizard Innovations & Mobility Ltd, the first BSE-listed electric two-wheeler manufacturer, plans a multi-pronged strategy for growth in domestic and export markets as electric vehicle adoption is shifting into overdrive in India and other markets.

As the company is gearing up to launch four high-speed electric bikes and foray into the electric three-wheeler segment, it has chalked out a two-pronged plan for growing its presence in the domestic market.

It seeks to ramp up the number of dealerships to 1,500 in the next two years, up from 550 plus now across 18 States. The company aims at having a pan-India presence by 2023, according to a copy of its investor document.

It will further aim at strengthening its position in its key markets like Gujarat, Maharashtra, Kerala, Karnataka, Madhya Pradesh and Rajasthan. As these States make up about two-thirds of its volumes, it eyes to deepen its footprints in most parts of the region.

The proposed four new high-speed electric bikes, which will come at various price points, will target a different set of customers and the price range of these bikes will be 75-100 per cent higher than the current offerings.

To support the emerging demand and footprint expansion, the company has increased the production capacity from one lakh units a year to two lakh units at its factory in Vadodara, Gujarat. However, the factory has been equipped to produce 4-6 lakh units a year on three shifts.

It will also set up an assembly facility that will cater to markets in the eastern and northern regions, a move that will help cut the logistics costs borne by the company and dealers.

To ensure long-term supply chain resilience, the company is even developing an EV ancillary cluster in Vadodara to enable EV parts makers to put up their production units under one roof to manufacture necessary components by offering cutting-edge facilities, such as land, people resources, and other critical resources.

Also, the company hopes that the EV ancillary cluster will not only provide the products according to its needs but will also increase its manufacturing efficiency.

The growing preference for electric vehicles across the globe is also providing an opportunity for the company. It has identified a few countries for selling its electric two and three-wheelers. The shipments are expected to commence next fiscal. 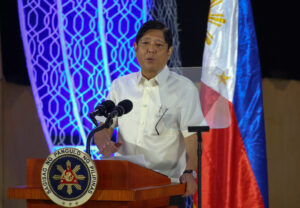