Three former health secretaries have called for the UK government to give immediate compensation to victims of the contaminated blood scandal.

The chair of the contaminated blood inquiry on Friday called for the victims and their families to be paid “without delay” after he recommended the level of interim compensation payments. Sir Brian Langstaff said infected people and bereaved partners should be given “payments of no less than £100,000”.

Des Collins, a senior partner at Collins Solicitors, which represents some of the victims, said he would be dialling up the pressure on the government on Monday, after Boris Johnson was urged to pay the interim amounts to those affected at once and before more of them die. The recommendation for immediate payments was backed by the former health secretaries Jeremy Hunt, Matt Hancock and Andy Burnham.

At least 2,400 people died after contracting HIV or hepatitis C as a result of receiving infected blood from the NHS in the 1970s and 1980s, and as many as 30,000 people became severely ill. The scandal has been labelled the worst treatment disaster in the history of the NHS.

An open letter to the prime minister this month signed by organisations including the Haemophilia Society and the Terrence Higgins Trust said 419 people had died between July 2017, when the inquiry was announced, and February this year. It said it had been reported that one infected person was dying every four days.

Ros Cooper, who was infected with hepatitis C after being given infected blood products as a child, described the news of the interim recommendation as an “extraordinary development”. Cooper told BBC Radio 4’s Today programme: “I think it is evidence of just how much has been uncovered that would back up this request.”

Cooper, who began receiving blood clotting factor products when she was less than six months old, said being infected with hepatitis C had left her unable to work. “It’s been the controlling factor in my life since I found out as a teenager that I got it,” Cooper said. She said she had suffered mental health problems and fatigue: “The mental side-effects of being told you’re going to die in your 20s have been huge.”

She added that it had been “compounded” by having “to fight ever since then, to try and get some level of acknowledgment of justice from successive governments”.

Hunt echoed Collins, calling for the payments to all the victims and bereaved partners be made “right away”. Appearing on the Today programme, he called on ministers to act before more victims died.

“I just would urge ministers to recognise that time is of the essence and just waiting, you know, a couple of months until, for example, the leadership campaign is resolved and the new prime minister has made the decision will mean that a few more people are likely to have died,” he said.

“We should do it right away. We’ve waited far too long. Successive governments, which I was part of one, didn’t act as quickly as they should have and we need to recognise this as a terrible, terrible injustice.”

Hancock said the government had a “moral duty” to compensate victims of the scandal and said he was “confident” it would. Burnham, a former health secretary and now mayor of Greater Manchester, said there might be a case for charges of corporate manslaughter.

The Cabinet Office said on Saturday that it would act on compensation recommendations “with the utmost urgency” and that a copy of the inquiry’s report would be laid before MPs “once parliament reconvenes” – in September.

A spokesperson said: “The government is grateful to Sir Brian Langstaff for his interim report regarding interim compensation for victims of infected blood.

“We recognise how important this will be for people infected and affected across the UK, and can confirm that the government will consider Sir Brian’s report and the recommendations of Sir Robert Francis QC with the utmost urgency, and will respond as soon as possible. A copy of the report will be laid in the house once parliament reconvenes.” 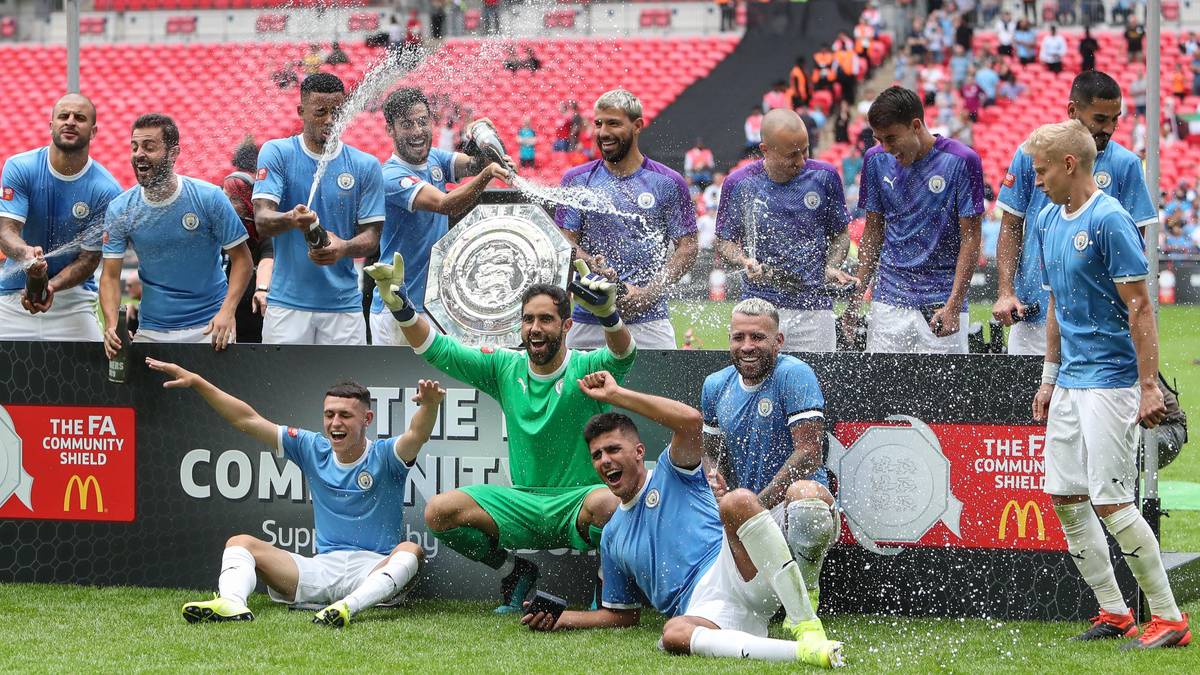 Pep Guardiola’s Manchester City side booked their place in the traditional curtain raiser to the new season through a fourth{...}