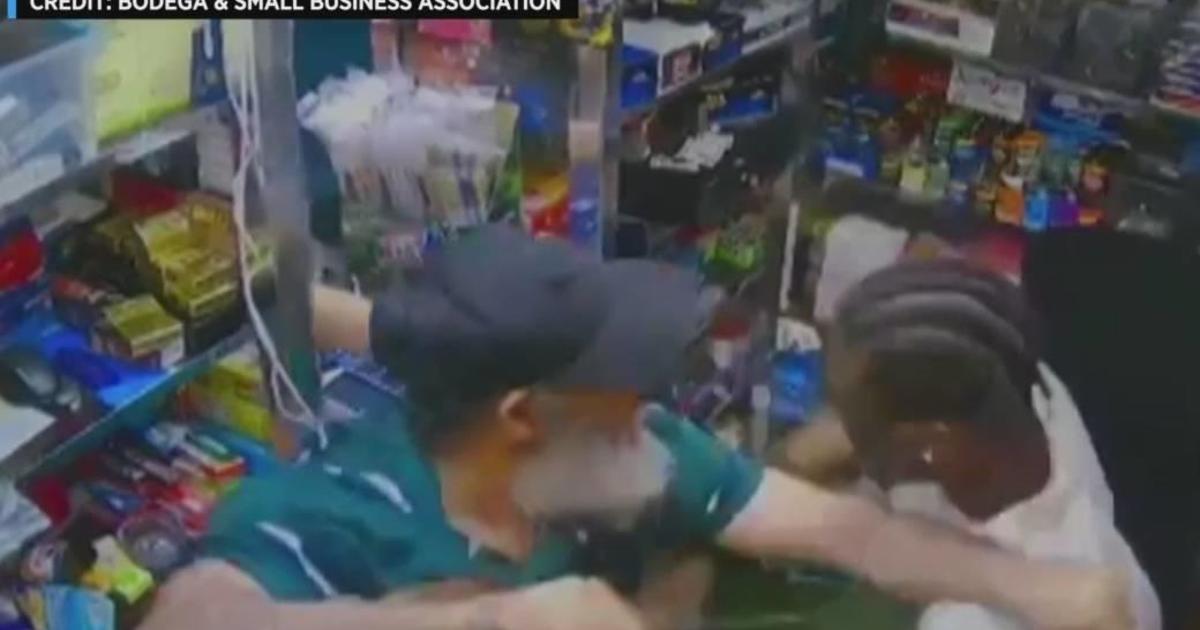 NEW YORK — The Hamilton Heights bodega clerk arrested for murder says he was trying to defend his life.

He spoke to CBS2’s Ali Bauman exclusively on Monday night.

Jose Alba said he is grateful and surprised by all the support he has been receiving from customers, co-workers and everyday New Yorkers.

Despite all the attention on him, Alba asked CBS2 not to show his face during the interview. He is home trying to heal physically, and mentally, from what he calls a fight for his life.

Standing behind his apartment door with his daughter translating, Alba described what his days have been like since he was arrested for murder.

“He said, ‘I feel sad for what happened,'” his daughter said.

Just 10 days ago, Alba was working at the Blue Moon Convenience Store off West 139th Street when 37-year-old Austin Simon came behind the counter and shoved the 61-year-old clerk.

Prosecutors said Simon was defending his girlfriend, after her card was declined at the store.

Simon pulled Alba up by his collar and the two men wrestled. Alba then allegedly stabbed Simon with a box cutter.

“He was put in a position where, he couldn’t tell how it was gonna end. He was just defending his life,” Alba’s daughter said.

Alba showed CBS2 the bruises and two stab wounds he sustained in the struggle. One he says was from Simon, as the men wrestled over the box cutter, and the other, alba said is from Simon’s girlfriend.

In new surveillance video obtained by CBS2, a woman is seen pulling something from her purse. Alba it was a knife she used to stab him.

“She take the knife from the wallet, and she goes like this,” Alba said, mimicking a stabbing motion.

CBS2 was told police questioned and released the woman.

Alba was arrested for second-degree murder and spent five days on Rikers Island, until a judge agreed to lower his bail on Thursday.

The clerk said his injuries were not properly treated behind bars.

“We need the DA to do the job we elect him for,” said Francisco Marte, president of the Bodega and Small Business Association.

The Bodega and Small Business Association and United Bodegas of America are calling on District Attorney Alvin Bragg to drop the charges.

“He feels unfair that he got arrested because he was defending himself,” Alba’s daughter said.

A group of bodega owners are expected to meet with Bragg on Tuesday to discuss Alba’s case and self-defense.

A spokesperson for the Manhattan DA said he is reviewing the evidence and the investigation is ongoing.

Ali Bauman joined CBS2 News as a general assignment reporter in 2016. Ali is a proud millennial who embraces social media for storytelling to bring news to a new generation of viewers. 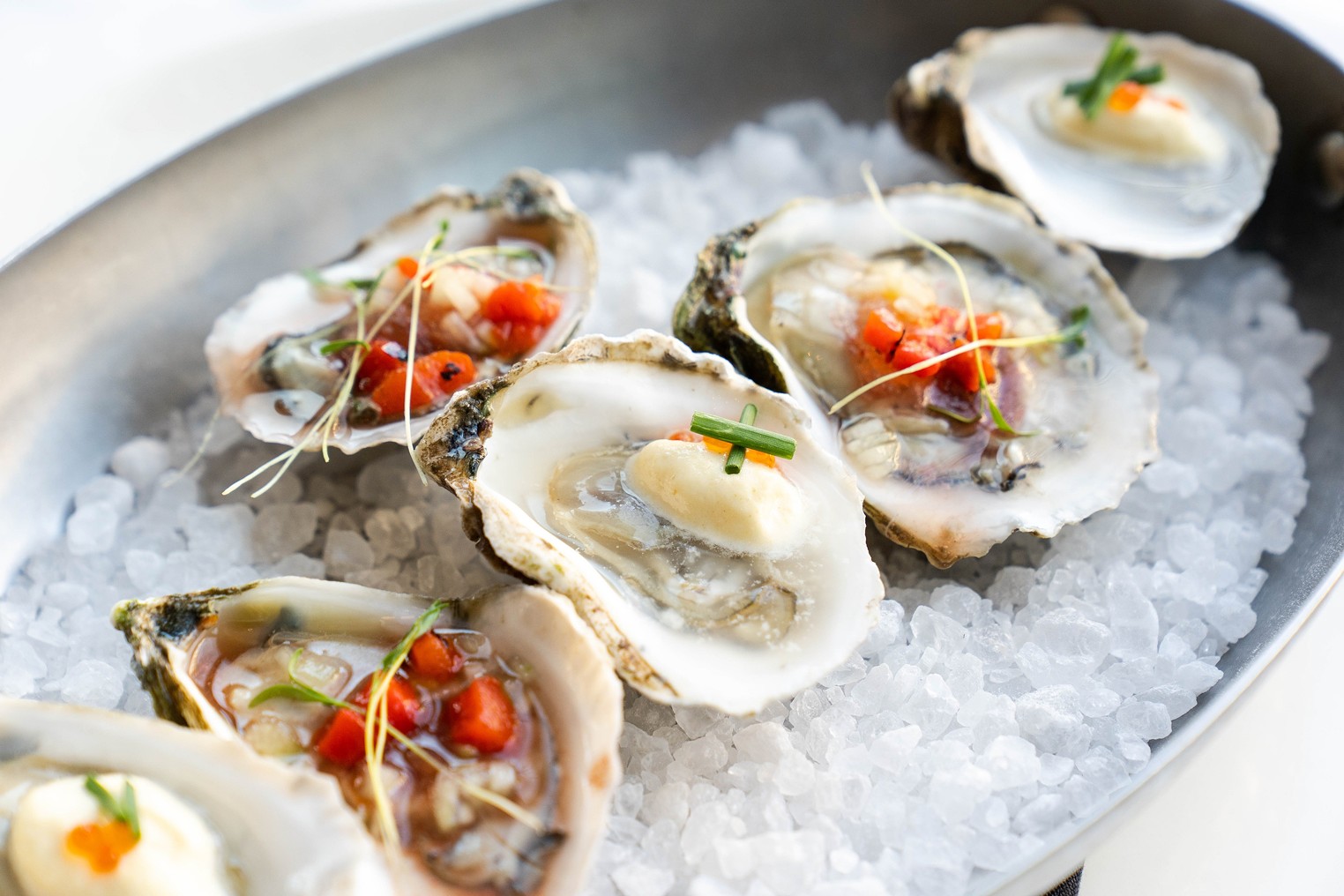 From oyster happy hours to all-day deals on chargrilled bivalves and on-the-half-shell jewels of the sea, here’s where to shuck{...} 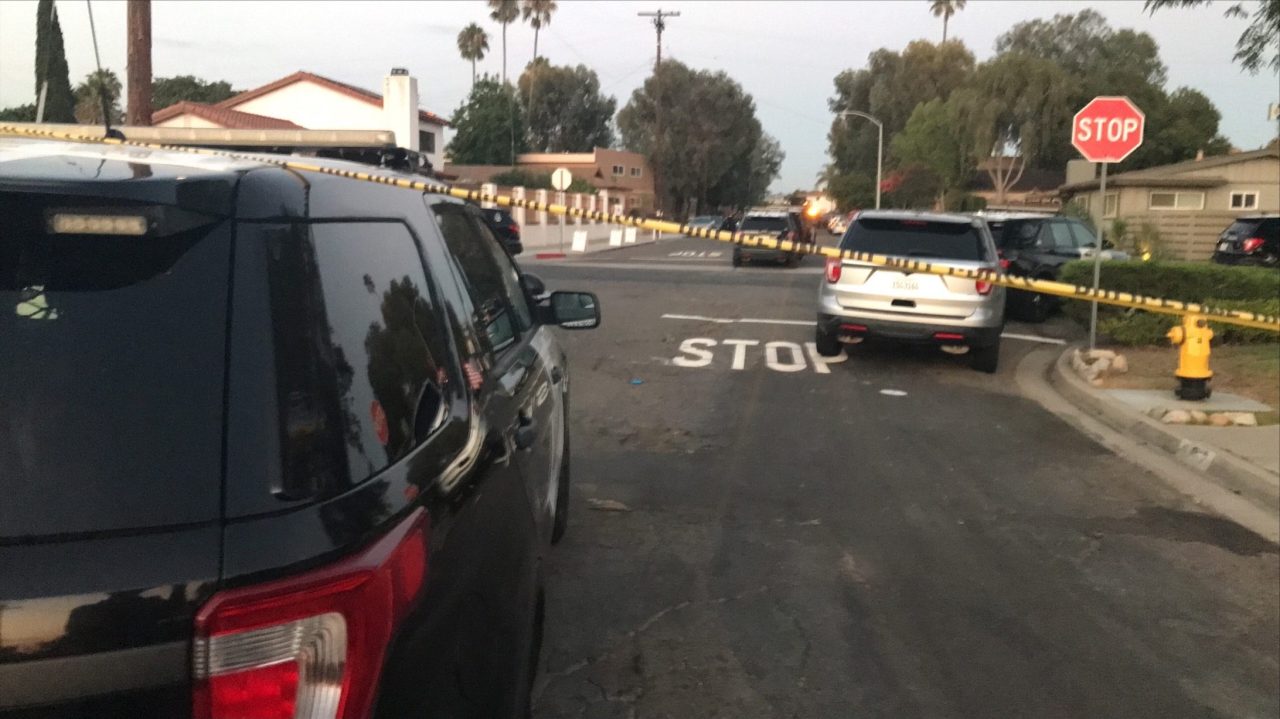 SAN DIEGO – A man with four active arrest warrants was taken into custody after an hours-long standoff with SWAT{...} More nighttime closures are coming to the 60 Freeway in Riverside County’s Badlands this week as construction crews put the{...}