Jennifer Aniston is headed to Eastland.

The Friends vet is returning to her sitcom roots for one night only as part of ABC’s Live in Front of a Studio Audience (airing Tuesday, Dec. 7 at 8/7c), the network has announced. She’ll play Blair Warner during a live re-staging of The Facts of Life, succeeding original portrayer Lisa Whelchel.

The next Live in Front of a Studio Audience special will feature reenactments of Diff’rent Strokes and Facts of Life. The Diff’rent Strokes cast includes John Lithgow (3rd Rock From the Sun) as Phillip Drummond, Kevin Hart (True Story) as Arnold, Damon Wayans (My Wife and Kids) as Willis, and Dowd as the aforementioned Mrs. G.

The legendary Norman Lear — whose Embassy Television produced both Diff’rent Strokes and Facts of Life — will return as an executive producer, alongside Jimmy Kimmel, Brent Miller, Kerry Washington, Will Ferrell, Justin Theroux and Jim Burrows.

Are you looking forward to reenactments of Facts of Life and Diff’rent Strokes? 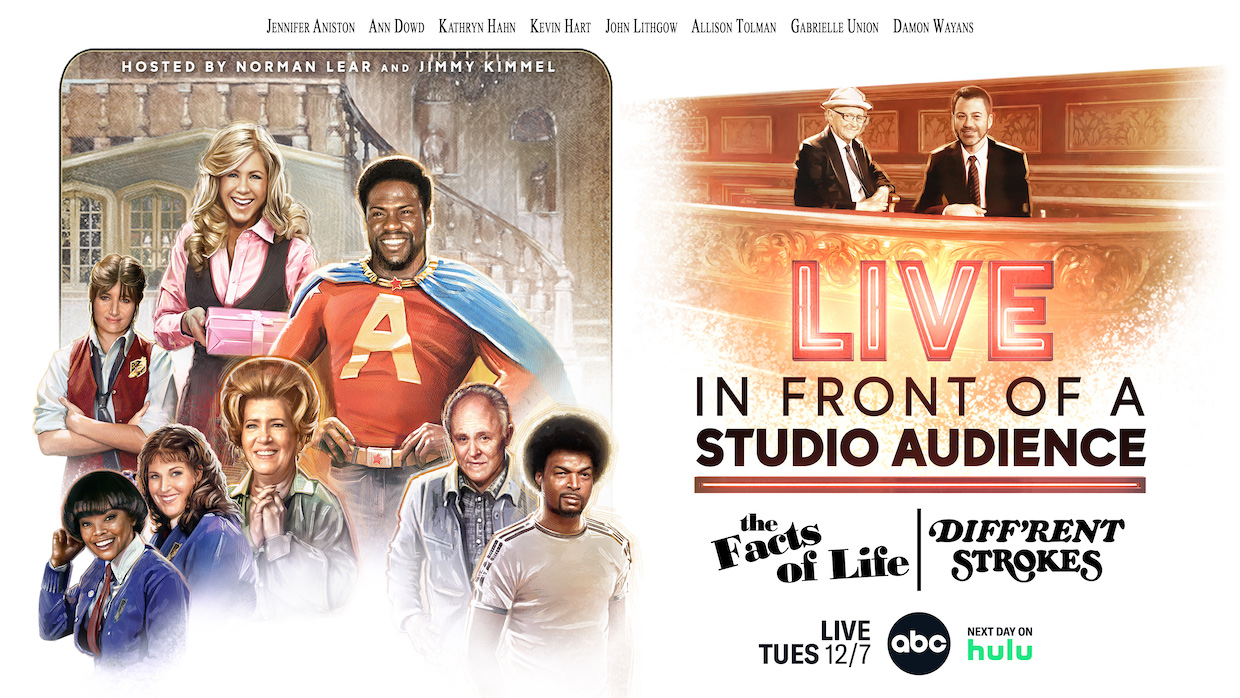