This week, she debuted a photo with her new girlfriend Ramona Agruma. She said, “I thought I was searching for a Disney Prince… but maybe what I really needed all this time was a Disney Princess 💗🌈💗 #loveislove.”

After going public with her relationship with rapper G Flip, Chrishell took to Instagram to jokingly announce her coming out while showing off her actual renovated closet: “Okay, closet update, guys. Look at this. We’ve got all the marble on there now, we’ve got the rose quartz – so pretty, do you see that? – I don’t know if you can see that. So, yeah, it’s coming along. Okay! I’m gonna come out of it now.”

Earlier this year, an Instagram user asked Ava if she liked boys or girls, and she responded with “I’m attracted to… people! (Gender is whatever.)”

Previously coming out as pansexual in 2018, in April Janelle came out as nonbinary on an episode of Red Table Talk. They use she/her and they/them pronouns and said, “I just don’t see myself as a woman solely. I feel all of my energy. I feel like God is so much bigger than the ‘he’ or the ‘she.’ And if I am from God, I am everything. But I will always, always stand with women. I will always stand with Black women. But I just see everything that I am, beyond the binary.”

Aunjanue has been openly bisexual for decades, but never discussed her personal life with media because “nobody asked.” Earlier this year, she actually wore a blazer with the word “Queer” written on the sleeve; however, not many people caught on or realized she was publicly coming out. She said, “I was thinking, ‘Why didn’t more people pay attention to that?’ And I was like, they probably thought it said ‘Queen.'”

He came out as nonbinary in an interview with Pride. While talking about his past role as Hedwig in Hedwig and the Angry Inch, he shared, “Lately I’ve been getting a little bit of flack from some people saying only trans people can play that role because it’s a trans role. I’m not trans, I’m non-binary, but that’s a slippery slope because the character is forced into an operation and is not really trans.”

In his new HBO comedy special, Rothaniel, Jerrod publicly came out as gay. He said, “I was left alone feeling like a liar, because I had a secret. One that I kept from my father, my mother, my family, my friends, and you. Professionally, personally. And the secret is that I’m gay… I’m accepting the love; I really appreciate the love. My ego wants to rebel against it… I rebelled against it my whole life. I thought I’d never, ever come out. At many points I thought I’d rather die than confront the truth of that, to actually say it to people. Because I know it changes some people’s perceptions of me. I can’t control that.”

Back in April, Emeli came out as bisexual and shared that she’s in a relationship with a female classical pianist and that she’s “the one for life.” She said, “We met through music. And I definitely feel happier than ever. It feels great. For me, true love and having love in your life makes everything fit into place.”

Amybeth shared on Instagram that she’s bisexual and had come out several times between the ages of 11 and 18. She said, “My name is Amybeth McNulty, and I am Bisexual. I suppose this is my official coming out.. so when I have said in the past that I understand you, it is because I am one of you. I know how difficult the journey is but please know you will be okay. It took me 8+ years to fully understand the truth to that, but I believe it now. HAPPY PRIDE MONTH YOU BEAUTIFUL HUMANS🤍.”

She publicly came out as part of the LGBTQ+ community and revealed that she’s been dating singer Hayley Kiyoko for four years after appearing in Hayley’s “For the Girls” music video. On her podcast, Scrubbing In, she explained, “I was prepared for anything and everything. I was not prepared for the amount of love and support that we got. Like, I just could have never predicted.”

Back in February, Bosco shared that she is transgender and her pronouns out of drag are she/they. On Instagram, they said, “I’m now in a place where I’m surrounded by love and support. Love from my heaven sent boyfriend, stunning peers, and incredible friends. I’m not quite where I want to be yet, but I’m starting to see her peek through more and more.”

Maria came out publically as bisexual after revealing she’d accidentally been outed by a dating app when a friend saw her preferences. She shared, “I grew up having crushes on girls in school and just completely invalidated it because of religion and also because there were many homophobic sentiments in my school around being a lesbian, around anything other than heteronormativity. You don’t have a lot of bisexual visibility in popular culture and so you don’t understand what it is.”

Earlier this year, Charlee publicly came out as transgender and said they use gender-neutral pronouns. While condemning the anti-LGBTQ bills, particularly the “Don’t Say Gay” bill in Florida, they shared, “I’m so proud to be a member of the LGBTQ+ community. It’s very important to me and my brother, Aidan, and my parents, Sheri and Roy P. Disney. As members of the Disney family, standing up for equality has always been what we do…I hope you will help us fight for equality everywhere.”

Jessica told People that she identified as a straight, cisgender woman all her life up until the March 2020 pandemic. “When the pandemic hit, I was at the peak of all this self-discovery and exploration. The shutdown really knocked the wind out of me. It wasn’t about changing identities, rather expanding my identity.” This past Christmas, she revealed her relationship with Chelsea Nachman on IG, and in February spoke publically about her sexuality for the first time.

On an episode of Untucked, Jasmine came out as transgender. She shared that her castmates inspired her to come out: “Before coming [to Drag Race], I was about to start hormones. And coming here, I was scared and didn’t want to have to go through that process. Seeing Kerri [Colby], seeing how confident she is in who she is, it just further affirmed what I’ve been feeling my whole life. So I, as well, definitely do feel like I am trans. And I’ve been so scared to say that; I’ve held back from that for so long because I didn’t want to hurt my dad. But I can’t lie about it anymore. I am trans.”

Rae came out as bisexual on The Ultimatum‘s reunion show. She explained to her castmates that she was not still dating Jake Cunningham, who she ended the show with, and was seeing a new woman. She said, “I have been with one person. She’s amazing, and I had a really good connection with her, but we kept it casual, and I’m kind of figuring myself out and my sexuality because I was very uncomfortable with being bi for a very long time.”

During the A Day With… convention in Milan, Danielle shared, “There’s a lot of shame that’s associated with the LGBTQ community that’s put on us. And it’s wrong, and it sucks. I felt shame because I had feelings, romantic relationships with people of both sex. I’m very proud about my personal life.”

In a video on her YouTube Channel called “Being Not Straight,” Jaiden came out as aroace, or aromantic asexual. She explained, “I just suddenly thought to myself, ‘Wait, do people actually feel these things towards each other? Like, all these mushy lyrics are real emotions? They’re not joking?’ That’s when I started feeling like something was different.”

In April, Ozzy took to Twitter to share with fans that he’s bisexual. While calling out the Republican party he said, “And for my Republican Colleagues, and anyone else who matters, Yeah I’m Bisexual. Am I committing crimes?? If so come get me. Let us ALL live with dignity. Ask yourself if you support people, or the fucked dogma you’ve been fed. #ozzyisBi.”

On the Behind the Velvet Rope podcast, she came out publicly as bisexual. She shared, “Throughout my life [I] have lived on both sides of the curtain… I’ve had boyfriends; I’ve had girlfriends, you know, throughout my life. I am neither one nor the other. I love our gay community. I mean, I love everybody — not everybody. Almost.”

On Instagram, he came out as bisexual and shared, “Since I have not publicly said this in a post, I wanted [to] say that I am Bisexual 😊 When I was younger I thought I was straight, because I was more attracted to women, and I didn’t know there were more options besides Gay and Straight. So I just assumed I was Straight 🤷🏼‍♂️ I am privileged and have never been discriminated against for my sexuality or ashamed of it. I’m truly sorry for any of you who have been, and I hope it gets better 💙 I’ll probably lose some fans over this post, but that’s fine with me 🥲”

In an interview with Joe Budden, Isaiah came out as sexually fluid. He said, “I’d say I’m sexually fluid. I’m still learning about it myself. I’m putting my head in the books to find out the basics of it, but basically, I’m not in full control of when I walk into a room, of who I’m attracted to.”

On Twitter, they shared that they currently identify as trans femme, and use they/she pronouns. She shared, “I’m still not sure where I fit on the spectrum, for now I just say trans femme, but I also don’t have to know now…I want to share this because I have felt so lonely keeping this to myself. I have been rarely able to talk to other people with similar stories, though I know there are many out there. I’m so tired of holding my pain in, and if I’m sharing dark bath bomb jokes and my ass cheeks to the TV world, then I also want to share this.”

Looking for more ways to get involved? Check out all of BuzzFeed’s posts celebrating Pride 2022.

My Fake Boyfriend, a new LGBTQ+ rom-com from BuzzFeed Studios starring Keiynan Lonsdale, Dylan Sprouse, and Sarah Hyland, is out June 17 in the US — just in time for Pride! Sign up for Prime Video now so you’re ready to watch.

Keep up with the latest daily buzz with the BuzzFeed Daily newsletter! 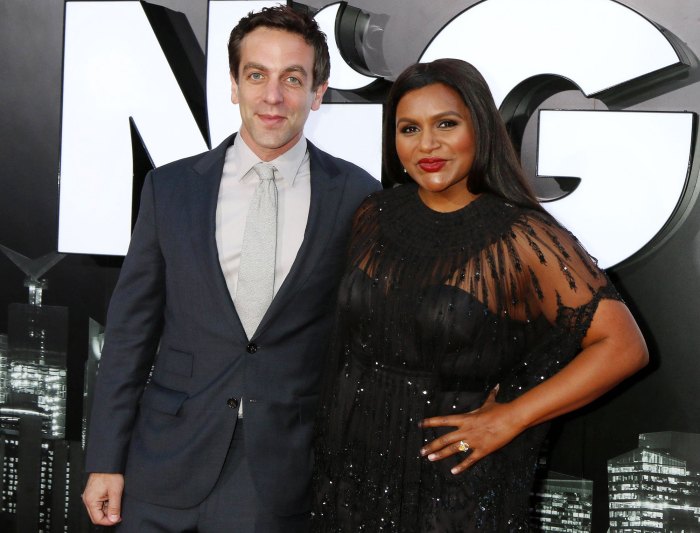