‘Jetpacks’ have always been a distant future technology for mankind, and they were only seen in games and movies where a character pilots a jetpack to move through. Now it seems that the innovation has come true. The video of a pilot flying a jetpack in the middle of the ocean has gone viral on the internet. 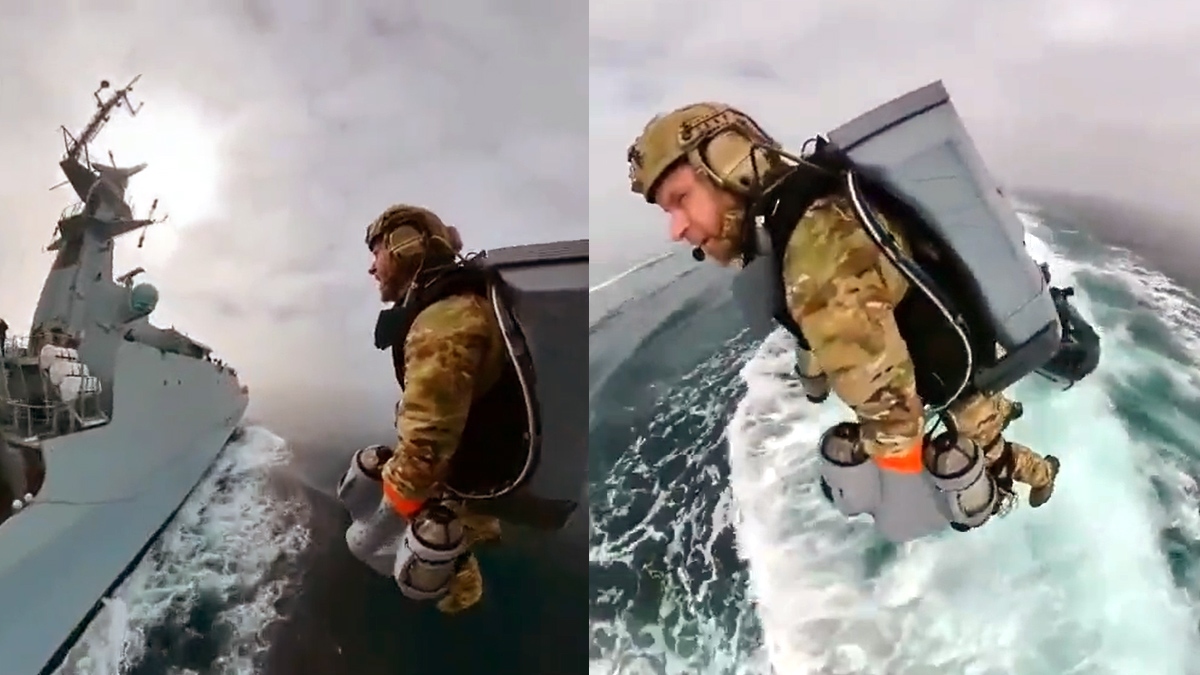 An eye-opening display of the British Marines gained international attention last week across the technology industry. In a video released by tech firm Gravity Industries, a jetpack operator is seen completing a boarding operation in the latest experiment with the new technology. Using a jetpack, the video shows a pilot taking off from a moving boat to fly over the ocean and reach the larger fleet. 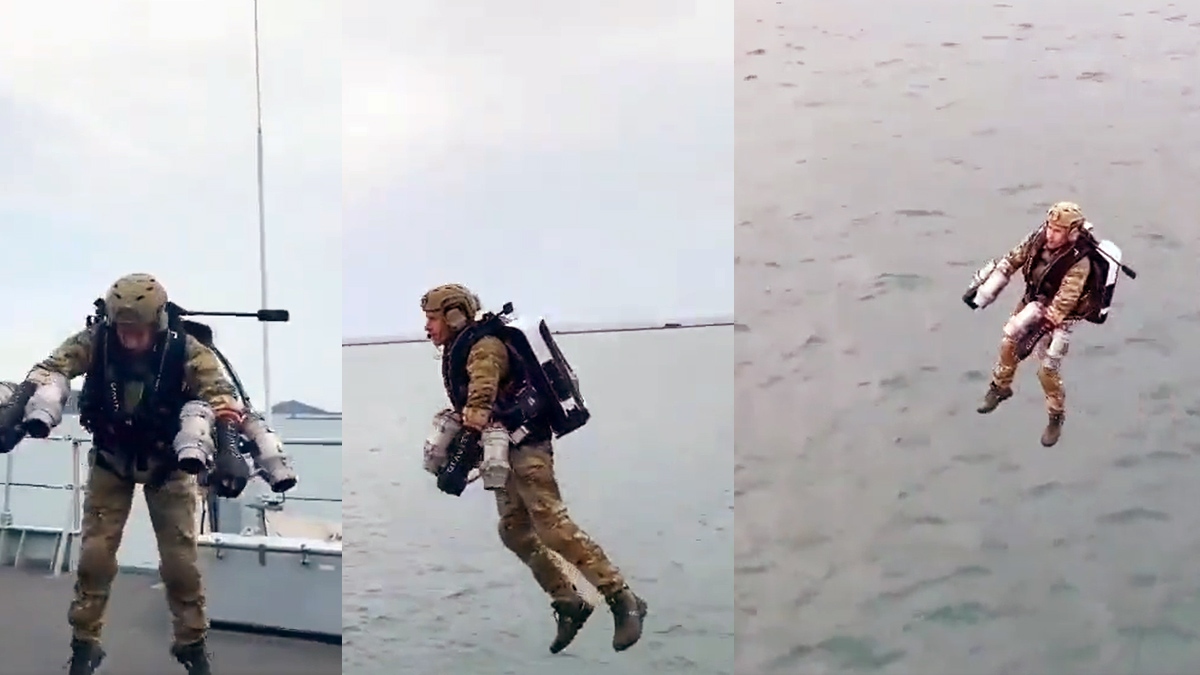 The jet pack is known as ‘Jet Suit’ developed by the British company Gravity Industries. Capturing speeds of up to 80 mph with a jet engine power of more than 1,000 hp, the jetpack can reportedly reach heights of 12,000 feet. The founder of Gravity Industries has previously tried the jetpack with the British military. This clip has amazed web users and is being virally shared on social media.