Fillet of Fists! A momentary fight breaks out at McDonald’s in north London, when three ‘ordinary policemen’ try to arrest a man who ‘refused to leave’

By Bhvishya Patel For Mailonline

This is the shocking moment a fight broke out inside a McDonald’s restaurant when three plainclothes officers tried to arrest a man after he allegedly refused to leave.

Footage taken at the fast food branch in Wood Green in north London shows three men believed to be officers trying to fight the 21-year-old suspect, dressed in a black sweater, to the floor.

One of the officers asks the man to ‘get to the floor’ before the suspect fights and a violent fight ensues in front of terrified customers.

Metropolitan Police have said officers were called to the premises around 6 p.m. 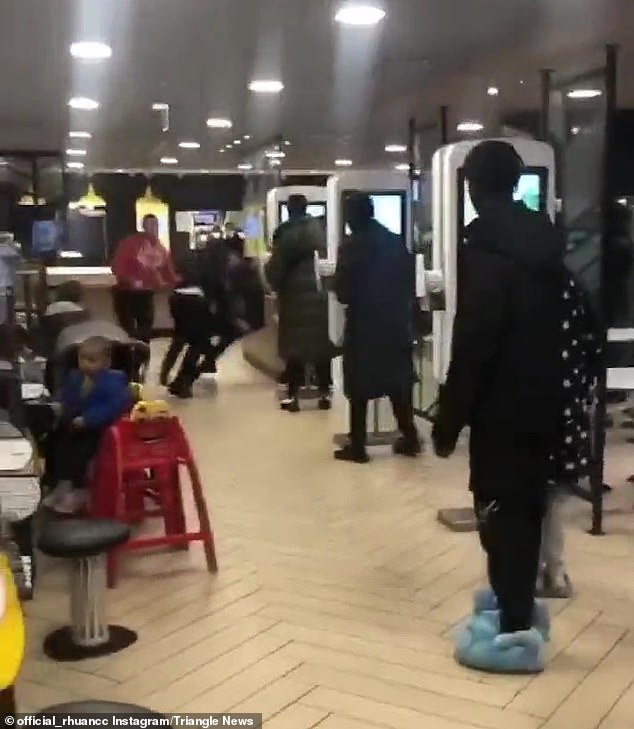 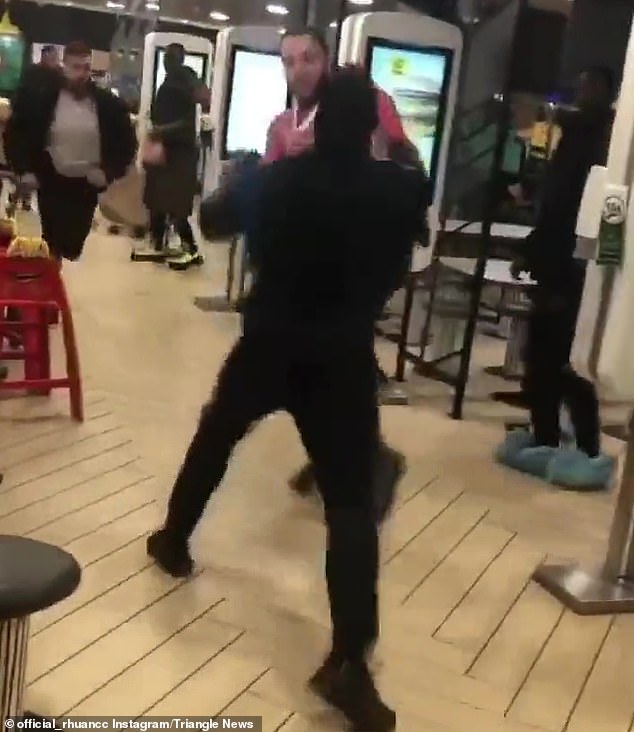 The three officers chase the man, who is wearing a black shirt and training pants, while horrified customers move out of the way.

They said the Directorate of Professional Standards was aware of the recordings and that no misconduct has been identified.

A 21-year-old man was arrested on suspicion of assaulting police and is currently in custody at a police station in north London.

During the clip, you can see people standing in line for their food as the three plainclothes officers try to detain the suspect – who is wearing a black hoodie and training pants.

The suspect then tries to push one of the officer’s away from him, while another officer tries to grab him in a head lock, and chairs are pushed out of the way.

The agitated man can be heard making a grunting sound as officers try to stop him.

As the altercation ensues, one of the officers aims a blow at the man wearing the black shirt but misses.

The fight then moves outside on the street, and the man in the black hoodie can be seen walking down the main street.

A Metropolitan Police spokesman said: ‘We are aware of a video circulating on social media showing an incident inside a fast food restaurant on High Road, N22. 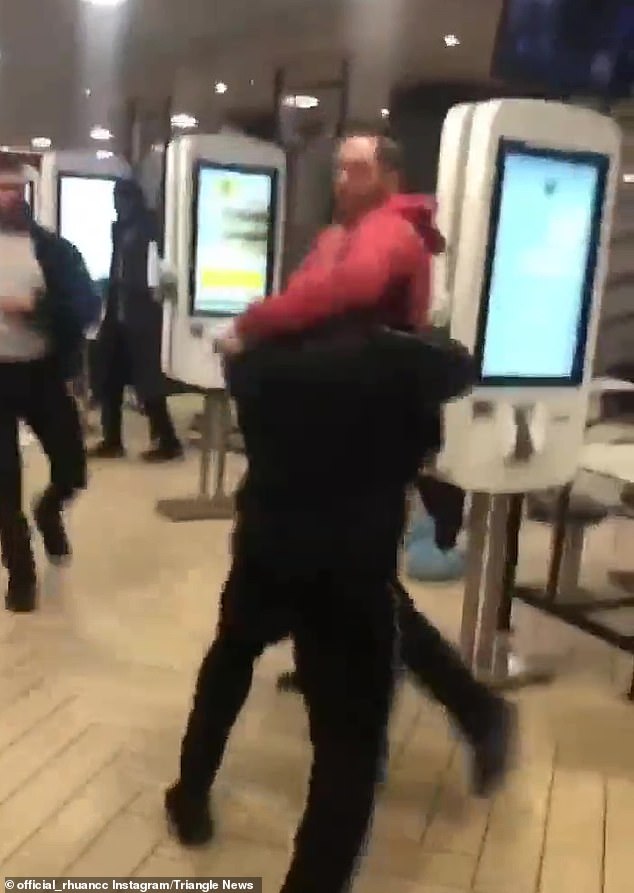 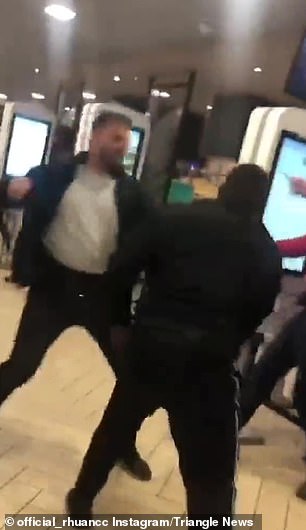 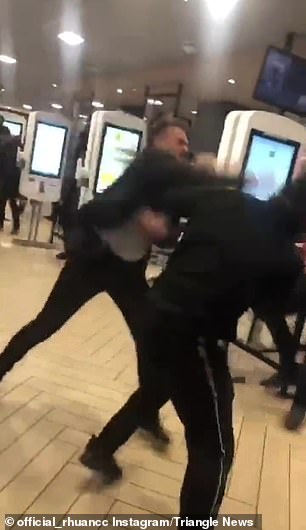 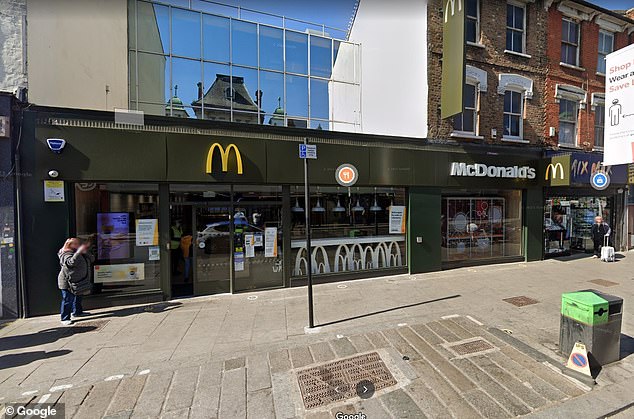 Metropolitan Police said officers were called to the premises in Wood Green (pictured) around noon. 19.00 on 14 November

‘The officers were called to the premises around noon. 7pm on Sunday 14 November after receiving a report that a man inside the restaurant refused to leave the place.

‘When the officers tried to talk to the man, he refused to stop and talk to them.

‘A 21-year-old man was subsequently arrested, suspected of violence against police and offense. He is still in custody at a police station in north London.

‘The Directorate for Professional Standards is aware of the recordings and no fraud has been identified at present.

‘Our officers understand that their actions will be investigated as they embark on their work and that they will be held accountable where appropriate.

‘Any use of force must be proportionate and reasonable, and where there is any indication that this is not the case, it will be thoroughly investigated and measures will be taken where necessary.’