A company linked to the father of a Missouri Democratic congressional contender is funding a political action committee attacking his opponent, according to filings with the Federal Election Commission.

SCD Investments LLC, an investment group where Roberts’s father, Steven C. Roberts Sr., has held multiple titles, gave the PAC $16,000 in May. Roberts Sr. was previously listed in 2013 as the company’s member in Missouri public records and as its manager in a State of Florida filing. He was also the company’s registered agent until 2013. In the record of its donation to YACHAD PAC, the company lists an address shared by several Roberts family companies. Roberts Sr. did not respond to The Intercept’s request for comment.

“Cori Bush has been a disaster, for not just the Jewish community, but all of Missouri,” Zemitzsch said in an interview (he clarified that he is not Jewish). “It hurts my soul when I flip on CNN and there’s some stupid-ass thing about what she said about defund the police, she’s against Boeing, and she’s antisemitic. There is no question. She’s antisemitic.”

Like other progressive members of Congress, Bush has been accused of antisemitism by right-wing and pro-Israel groups over her willingness to criticize Israeli human rights abuses against Palestinians, as well as for her vote against increased funding for Israel’s Iron Dome in September. “Palestinians deserve freedom from militarized violence too,” Bush wrote in a tweet after the vote. “We shouldn’t be sending an additional $1B to an apartheid state’s military.”

In a statement to The Intercept, Bush campaign spokesperson Bill Neidhardt called Zemitzsch’s comment “a baseless smear from a Republican donor” to support an “accused rapist,” referring to accusations of rape and sexual assault made by two women against Roberts Jr. and previously reported on by The Intercept. Roberts Jr. has denied both accusations, settled lawsuits in both cases, and was ultimately not charged with rape by a special prosecutor.

Two weeks before YACHAD launched, the younger Roberts was a guest speaker at the annual national summit of the nonprofit Israeli American Council, the country’s largest Israeli American group. The recent spending comes as pro-Israel groups have poured millions of dollars into ad campaigns targeting progressive officials and candidates in safe blue seats this cycle, including a Democrat with full support of party leadership.

YACHAD PAC has so far sent at least one mailer attacking Bush and purchased thousands of dollars in radio ads set to run in the weeks leading up to the August 2 primary, according to records of the purchases shared with The Intercept.

Beyond the funding linked to the elder Roberts, YACHAD PAC is also getting a boost from the local Democratic establishment that Bush took out when she was elected in 2020. Her opponent that cycle, Lacy Clay, gave $2,000 to the group in May, and his sister, Michelle, gave $250 the same day. Lacy Clay’s former communications director, Steve Engelhardt, gave the PAC its first contribution of $500 when it launched in December and another $2,000 in May. The PAC lists a disbursement of $2,000 to Engelhardt on the same day, as well as a $1,000 contribution from Zemitzsch and a disbursement for the same amount.

While Paul Zemitzsch said in an April interview that he was the group’s treasurer, the PAC’s original filing documents instead list someone named Steve Zemitzsh, who Paul has said he does not know. Emails to the address listed on the PAC website, “[email protected],” were returned as undeliverable. Its most recent filing lists its treasurer as Scott Martinez, an attorney based in Colorado who is listed as its designated agent on its statement of organization. Martinez did not respond to a request for comment.

Zemitzsch, who runs a company with former Republican state lawmaker David J. Klarich, said that the PAC is raising money from Democrats and Republicans, but that some Republicans actually want Bush to win the primary so they can have someone to blame in the general election.

“The PAC which I represent is raising money regardless of political party. I don’t care Democrat, Republican, whatever,” Zemitzsch said. “But some of the Republican leadership like Cori Bush on the ballot after the primary, because they can then say, see what you get when you vote for a Democrat? Here’s what you get. So some of them aren’t going to participate in getting rid of her in the primary because they see her as a whipping person — you can’t say whipping boy anymore — whipping person, for the party to go on to their other races.”

Major pro-Israel groups spending against progressives this cycle have also raised money from Republicans while painting their opponents as fake Democrats. The new PAC affiliated with the American Israel Public Affairs Committee endorsed GOP officials who voted to overturn the 2020 election results. Another pro-Israel group called To Protect Our Heritage PAC gave Roberts Jr.’s campaign $5,000 in May.

Roberts Jr. has worked for several of his family’s companies, and his LinkedIn currently lists him as vice president, strategic initiatives and general counsel at the Roberts Companies. His campaign treasurer and business partner at Roberts Law LLC, where he is managing partner, is James Hill, who is also the registered agent for a GOP-linked dark money group launched in September that has been sending mailers attacking Bush.

The group, Progressives for Missouri, has sent mailers claiming that Bush votes with Republicans and attacking her for having private security. “Cori Bush has spent $300,000 on her own private security,” reads one such mailer. “She wants to defund your police … but not her own!”

In April, The Intercept reported that Roberts Jr. agreed to settle for $100,000 in a lawsuit alleging that he groped a woman in 2015. Roberts Jr. has also been accused of rape by Cora Faith Walker, who served with him in the Missouri state House and died in March of a heart condition. “It’s a ‘he said-she said.’ One of them’s dead already,” Zemitzsch told KSDK. “He’s a 34-year-old good-looking young man. I don’t think he forced himself on anyone.”

Roberts Jr.’s campaign did not respond to a request for comment. 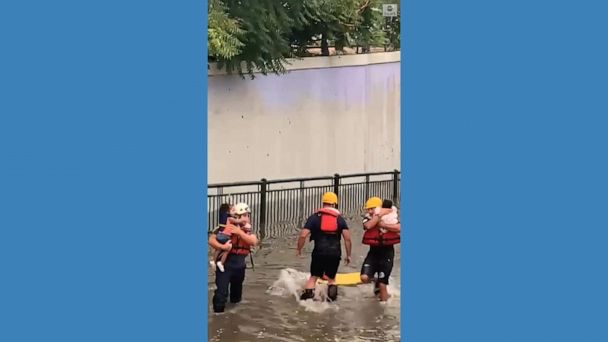 Several children were rescued from a submerged vehicle in the middle of a Denver highway, as flash flooding slammed the{...}

Oak House Deli/Facebook The Vegan “Big Mick.” Oak House Deli will be bringing its vegan pastrami and Reubens to Pontiac{...} 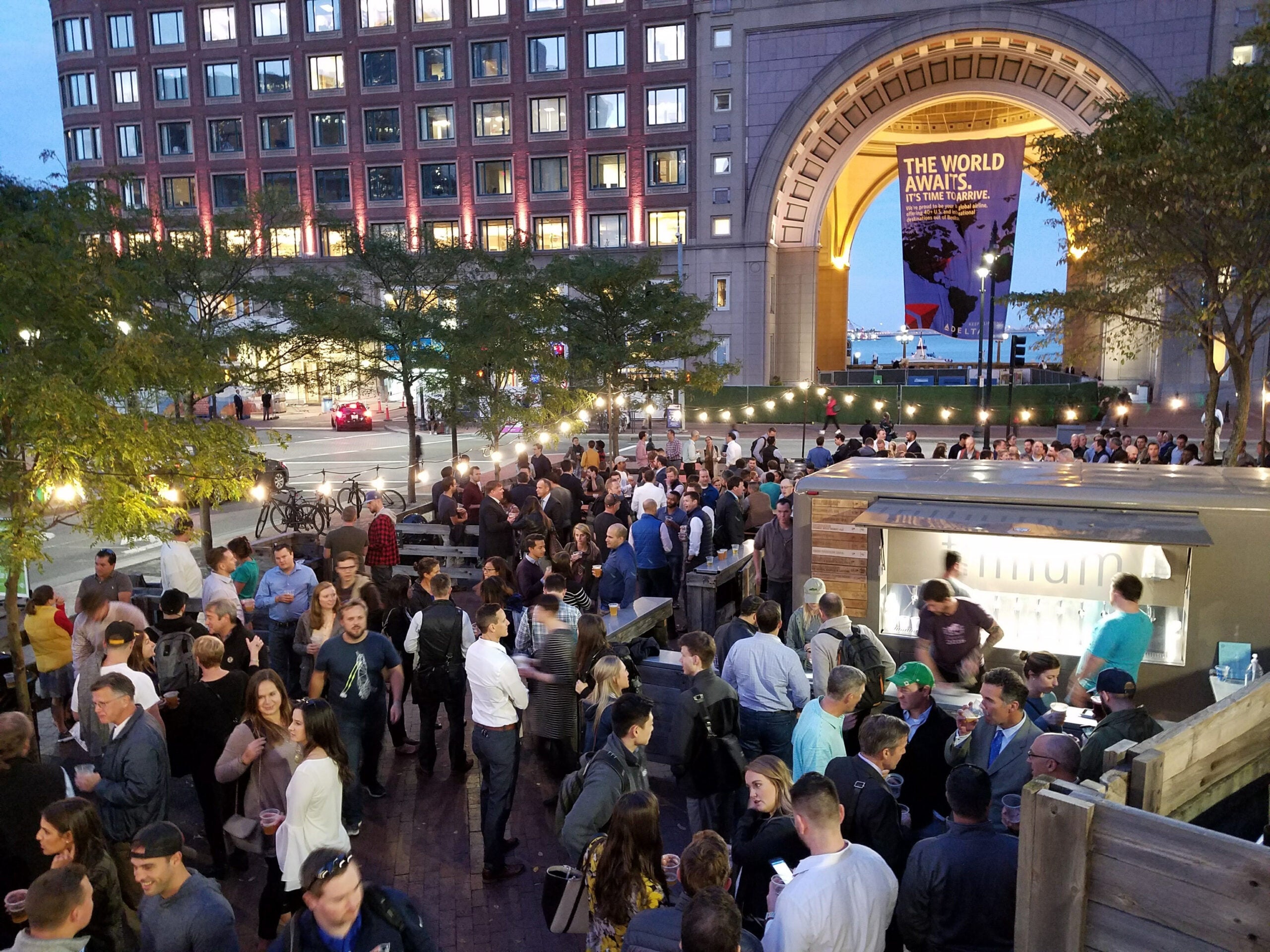 Beer Enjoy fresh air and cold beer at these Boston biergartens (and one wine garden). Trillium Brewing’s Garden on the{...}