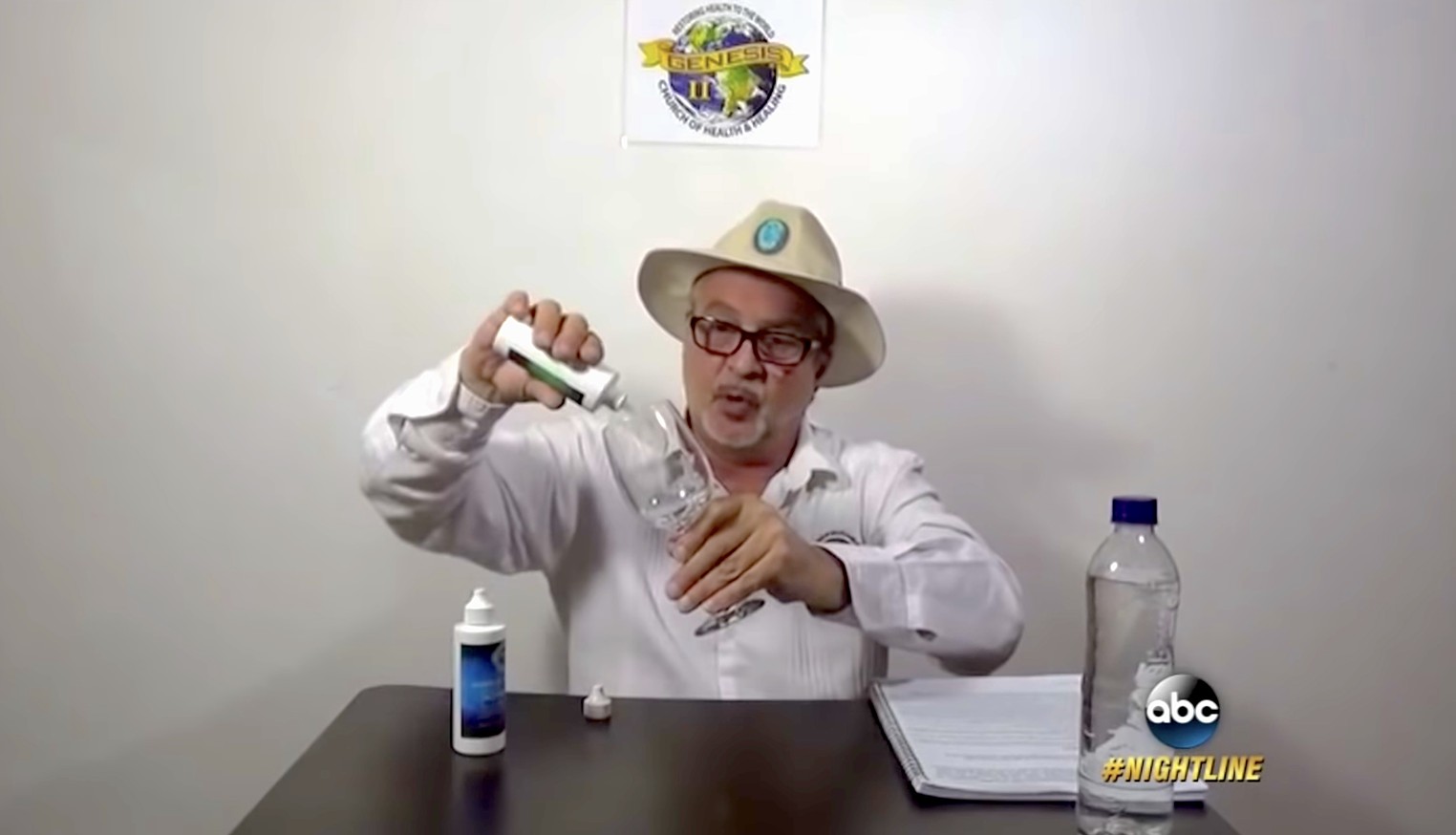 In August 2020, a Florida man and his son were arrested in Colombia after fleeing as U.S. federal investigators alleged the pair had used a fake church as a cover to peddle industrial bleach as a “miracle cure” for COVID-19.

Mark Grenon, the 64-year-old who led Genesis II Church of Health & Healing and claimed to be the source of Donald Trump’s bleach fixation, has spent the past two years jailed in the South American country with his 34-year-old son Joseph. Grenon’s two other sons, Jonathan, 36, and Jordan, 28, who were arrested at the same time on U.S. soil, remain incarcerated at Miami’s Federal Detention Center pending a September 12 trial.

The wheels of justice turn slowly, but in this case, at least, they’re turning. According to a press release from the U.S. Attorney’s Office of the Southern District of Florida, the elder Grenon made his initial appearance in federal court on Thursday, July 28. He waived representation of counsel, according to court filings. No attorneys are listed on the docket.

According to an indictment filed last year, the Grenons manufactured, promoted, and sold a product they called “Miracle Mineral Solution” (MMS), a chemical solution containing sodium chlorite and water that, if ingested orally, becomes chlorine dioxide, a toxic compound used as an industrial disinfectant. Even before the pandemic descended, the Grenons were selling jugs of the substance, claiming it could prevent and cure all manner of ailments. Prosecutors contend that the family raked in more than $1 million in sales.

In fact, the product had killed seven people in the U.S. as of August 2020, according to a report in Business Insider.

“If you’re drinking “Miracle” or “Master” Mineral Solution or other sodium chlorite products, stop now,” reads a 2019 warning from the U.S. Food and Drug Administration. “The FDA has received many reports that these products, sold online as ‘treatments,’ have made consumers sick.” 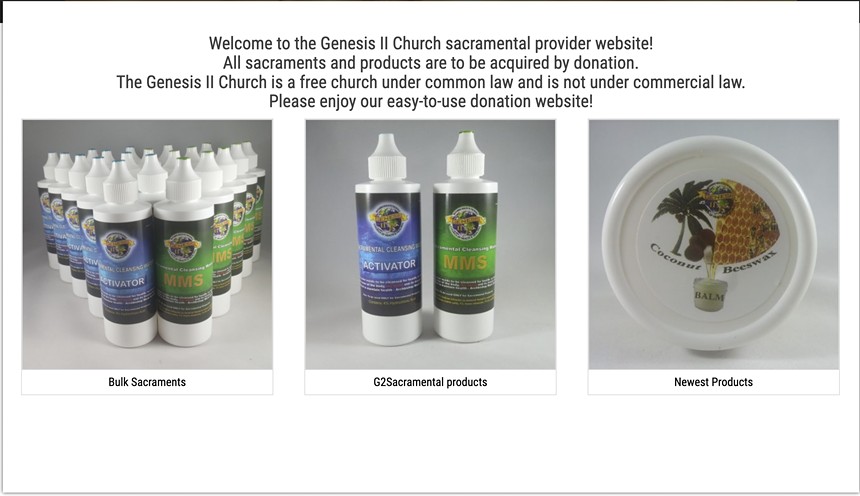 Screenshot of the Genesis II Church website, which marketed Miracle Mineral Solution as a “sacrament”

Aside from fraudulent marketing, the federal indictment charges the Grenons with criminal contempt, alleging that the family continued to sell the product despite a temporary injunction in 2020 to halt distribution. The Grenons also allegedly threatened the federal judge presiding over the civil case and warned that, should the government attempt to enforce the court orders, the family would “pick up guns” and instigate “a Waco” — a reference to the 1993 federal siege on the Branch Davidian religious compound in Waco, Texas, in which 75 people died.

According to prosecutors, the Grenons manufactured MMS inside a shed in Jonathan Grenon’s Bradenton backyard, where officers seized dozens of large barrels filled with nearly 10,000 pounds of sodium chlorite powder and thousands of bottles of MMS. The government alleges that the family operated its “miracle cure” scam under the guise of the church, which the senior Grenon created in order to skirt government regulation and insulate the family from prosecution.

Mark Grenon infamously wrote to then-President Trump in April 2020 touting chlorine dioxide as a “wonderful detox” that can kill most pathogens in the body and cure those infected with COVID-19. Trump subsequently suggested on national television that disinfectants might be employed as cures.

“The Grenons have helped me and millions of others around the globe with their sacrament, chlorine dioxide,” reads one letter from December 2021.

“This is not how America is supposed to work,” a January 2022 letter reads. “There is a force at play to shut down any early treatment of COVID-19 and this is why they are where they are.”

“Why the heavy hand of justice against these good folks?” questions a letter sent in May. 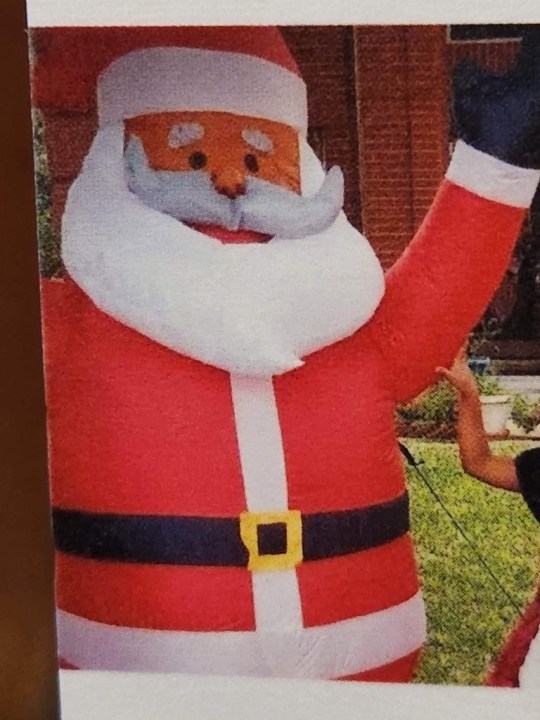 AUSTIN (KXAN) – People in an east Austin neighborhood is frustrated right now after several homes were stolen from. They{...} 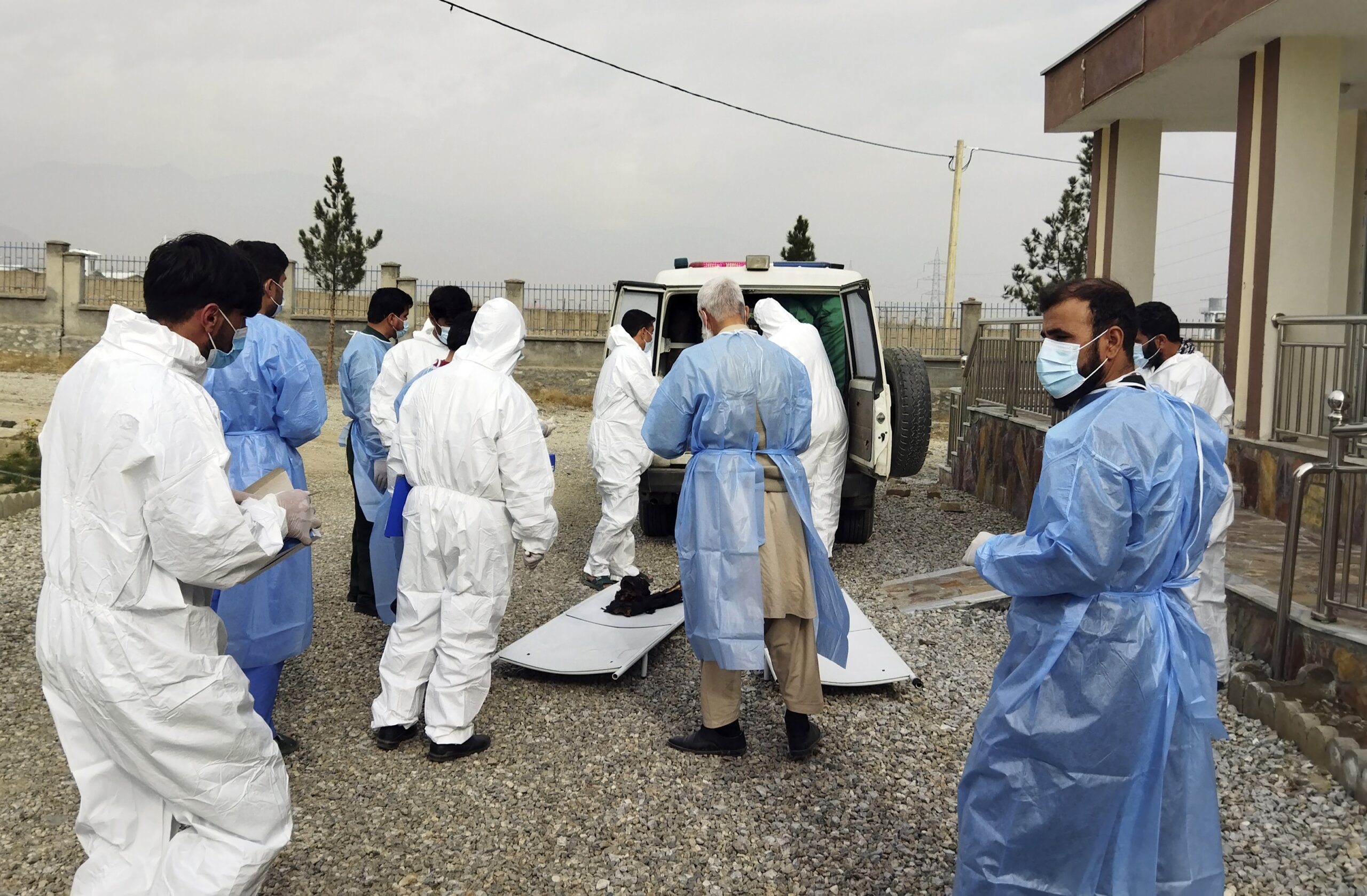 KABUL, Afghanistan (AP) — At least 19 people were killed and 32 injured when a fuel tanker exploded in a…{...}

MARLTON, N.J. (CBS) — A big-time sendoff for a local baseball team on its way to the biggest competition of{...}