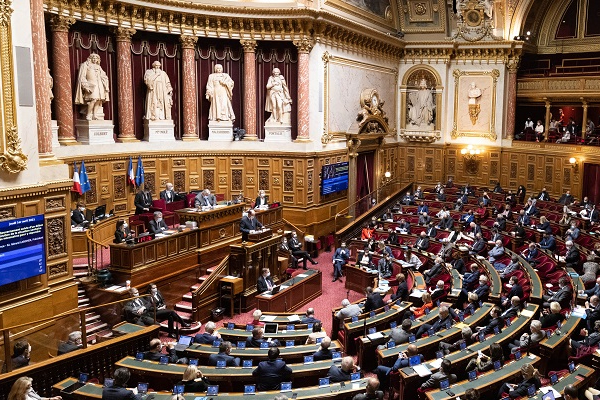 The 348-member upper house, in which centre-right affiliated members hold the majority, voted in favor of the legislation 196 votes to 147.

The fee, currently set at 138 euros ($141) a year, generated €3.2b in 2022 and provides the lion’s share of funding for France Télévisions, Radio France, Franco-German broadcaster Arte and international TV channels France 24 and RFI.

Under the legislation, the 23 million French households owning TV sets that currently pay the fee will not be billed this fall. The government is proposing that funding for the sector is now taken out of value-added tax (VAT) revenues.

However, Tuesday’s vote also saw the Senate approve an amendment to the bill stating that this method of funding could only be a temporary measure lasting until December 31, 2024.

The future of the license fee – which was first introduced in 1933 to pay for radio services and expanded to cover TV in 1946 – has been under debate for close to a decade amid the rise of digitisation and multi-platform viewing.

The decision to suddenly scrap the fee, however, follows an election promise by President Emmanuel Macron during his re-election campaign in March.

Most of the senators taking to the floor on Monday evening agreed the fee was “obsolete” and needed rethinking, but many speakers voiced discontent at the precipitous way it was being abolished.

Centre-right senator Roger Karoutchi said the country’s state audiovisual sector had been ripe for reform for years and that the abolishment of the license fee was just one aspect of such an overhaul.

He said there needed to be an in-depth debate and parliamentary report into the future of the sector in which its future “missions and perimeters” were set.

“Once these aspects have been defined, then we can define the finance, the means of financing and the framework,” he said.

Culture Minister Rima Adbul Malak, who participated in the debate, said the government remained committed to public sector broadcasting but that a number of challenges faced the sector, topped by the falling viewership among younger audiences, distrust of the media and the rise of the global platforms.

Since 2005, Dancing with the Stars has offered up plenty of surprising dance achievements made by some well-known Hollywood names.{...}

Quinta said she did and thanked him for his apology. “Well Jimmy let me just say thank you,” she said.{...}

Which members of the Targaryens were featured in Game of Thrones? In addition to Daenerys and Viserys, Aemon Targaryen (Peter Vaughan) appeared{...}