AN appeal has been started to raise £3.5k to give a Brierley Hill man “the send off he truly deserves” after he died aged just 28 from a cardiac arrest.

A member of the public rushed to help him, giving him CPR and paramedics and police were called but sadly nothing could be done to save him.

Now devastated friends have started an appeal to raise £3.5k to cover his funeral costs – with money left over going towards a defibrillator on the Brierley Hill estate and funds for the British Heart Foundation.

It states: “On Tuesday 6th September we all received the heartbreaking and tragic news that Daniel Lawrence unfortunately passed away from a cardiac arrest near his home in Brierley Hill.

“We are now kindly asking for all those who knew Dan if you could please help us raise some money for the send-off Dan truly deserves.

“This tragic news came as a big shock to us all, Dan was only 28-years-old and had his whole life left ahead of him, unfortunately he was taken from us all too soon.”

It goes on: “Daniel unfortunately had a cardiac arrest very near to his home.

“He wasn’t alone, a member of the public saw him become unwell and rushed to him and administered CPR.

“It has since come to light that unfortunately the local shop on Brierley Hill estate doesn’t have a defibrillator.

“Any money raised over our target we would really like to provide a defibrillator near the local shop on the estate and any further funds to be donated to the British Heart Foundation.

“We would really like to give Dan the send off he truly deserves and commemorate his life and the joy he brought to us all.”

Tributes have been paid to Dan, who was single, on the site. One says: “Dearest Dan, you were a star, a hard working and kind man.

“Your smile lit up the room and nothing was ever too much trouble for you – you always wanted to help others.”

The appeal states that: “Anyone that knew Dan will be aware that he has had a lot of sadness, difficulty and challenges in his life and often battled his own feelings and thoughts.

“Despite this Dan always put everyone else above himself and his own needs.

“Dan would go out of his way to help others and would always go above and beyond if it meant putting a smile on someone else’s face or helping and supporting them in anyway he could.

“Dan was truly one of the kindest people to walk this earth.”

West Midlands Ambulance Service sent two ambulances, two paramedic officers and the West Midlands CARE Team to the scene, but a spokesman said: “Sadly, despite their best efforts nothing could be done to save the man and he was confirmed deceased on scene.”

A great-grandmother and Windrush campaigner who has terminal cancer has begged the Home Office to resolve her immigration status before{...}

Wellness technology company Therabody has deepened and extended its relationship with Manchester United by becoming a global partner in a{...} 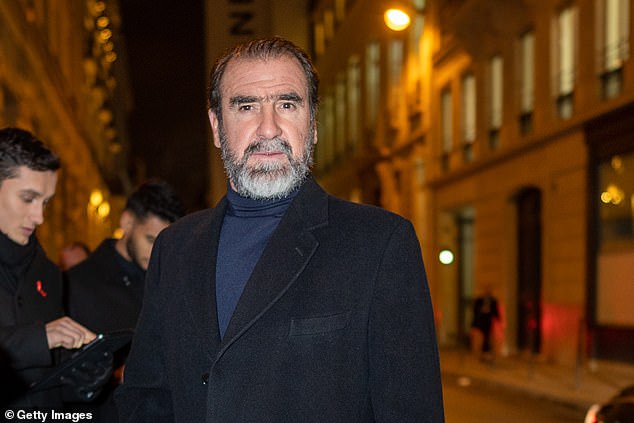 REVEALED: Eric Cantona offered to be Manchester United’s ‘President of Football’ and help turn the club’s fortunes around… but was{...}