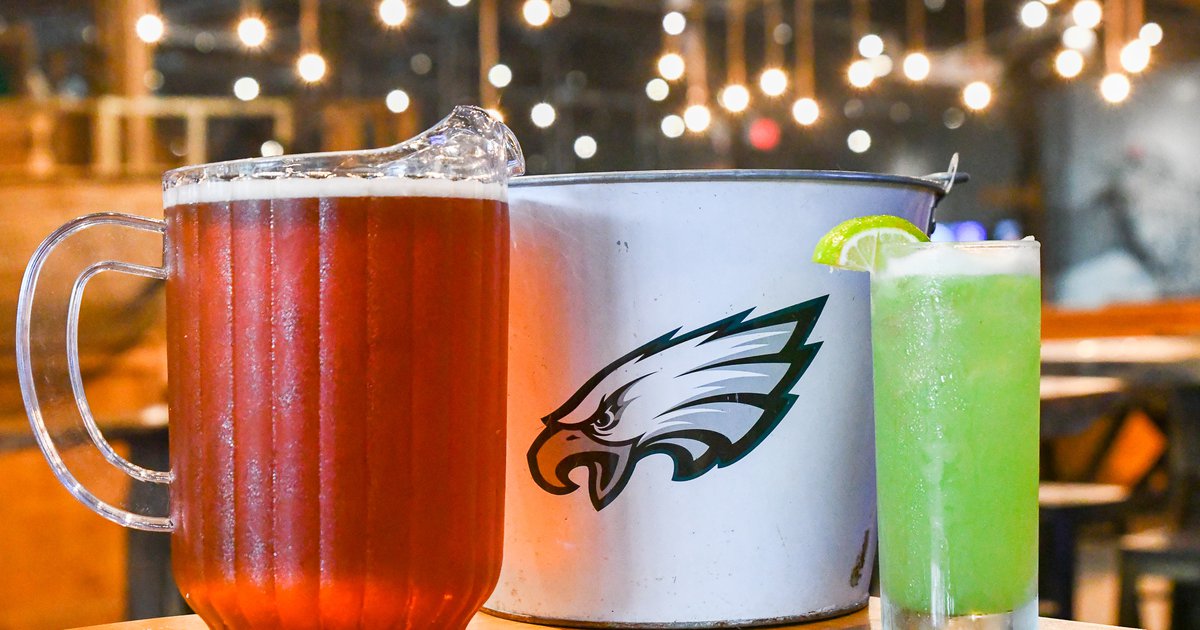 All season long, plenty of restaurants and bars in the city will offer game day specials and watch parties for fans.

As the Eagles head to Detroit to face off with the Lions in Week 1 on Sept. 11, check out this non-exhaustive list of deals at some of the region’s most popular watch spots.

Cavanaugh’s is hosting its grand opening in its new location just in time for football season. Doors are open on Sunday with watch party favorites like buffalo chicken pizza, hot and tangy sweet wings with bourbon buffalo sauce, and tons of other options to choose from.

Check out $18 Miller Lite buckets and $7 Jameson drink specials on Sundays during Eagles season. There will also be an Eagles ticket giveaway and an on-air broadcast from 94.1 WYSP.

Football-shaped pizzas are back just in time for the first game of the official 2022 season. They are hand-tossed and made with mozzarella, hand-cut pepperoni and ricotta laces. The pizzas will be available each Sunday at all locations for takeout or delivery.

Football pizzas will also be available for Monday and Thursday night games. You can also grab a game day package with pizzas, wings, salads, and snacks.

Other options include a meat lovers pizza for $19-$27, made with sausage, prosciutto, and bacon. SLiCe also has a vegan pizza available for the same price, made with long hots, vegan sausage, and vegan pepperoni. Game day deal packages range from $45-90, turning any game day into a watch party.

Vesper is back for football season. Each Sunday, check out “Spiked” starting at 11:30 a.m., plus on Monday and Thursday nights when there is an Eagles game. Each Spiked party features DJ entertainment, dancers, and pyrotechnics in a lively atmosphere that covers three floors.

There is no cover charge to get in. All game days will feature the full menu, which can be found here. Fan favorites include Hunts Burger and Hunnie’s Chicken Sandwiches. Party trays are available for groups of four or more.

Drink specials include $200 Tito’s bottles, $8 Tito’s cocktails, and $5 White Claws during the game. Reservations are required, and available on OpenTable.

BRU Craft & Wurst will also be celebrating Eagles season with 39 beers on tap and German food available each day. Fans can watch the game on the 105-inch projection wall or eight flatscreen TV’s above the bar with sound on.

Craft Hall is one of the only spots in Philadelphia that caters to families on game day. While adults watch the game on flat screens above the main and lower level bars, kids can spend time at the indoor playground with video games, skee-ball, climbing equipment, and porch swings.

Eagles game specials include The Underdog for $15, Kobe beef wrapped in bacon on a hoagie roll with guacamole, queso, pico de gallo, and chipotle ketchup. You can also grab wings for $15 or a brisket cheesesteak for $27.

Drink deals include $15 beer pitchers or an $8 #birdgang cocktail made with Skyy Vodka, pineapple, lemonade, and blue curacao.

The city’s largest restaurant and waterfront attraction will celebrate football season with specials for Eagles and college games all season long.

Check out green wings for $14, hush puppies for $9, and soft pretzels with cheese and crab for $14.

You can also grab a Philly Mule made with Stateside vodka along with a collection of other specialty cocktails.

Parx Casino and Liberty Bell Beer Garden in Bensalem have plenty of places for fans to watch the game. You can also check out a rotating selection of craft beers, wines, and specialty cocktails during game day.

During select games, fans can win some Eagles swag including AJ Brown and Jason Kelce jerseys, an Eagles windbreaker, and a Bud Light Eagles hoodie.

Lansdale’s game day spot includes upscale comfort food, cocktails and beer, as well as the ability to watch the game on both floors. 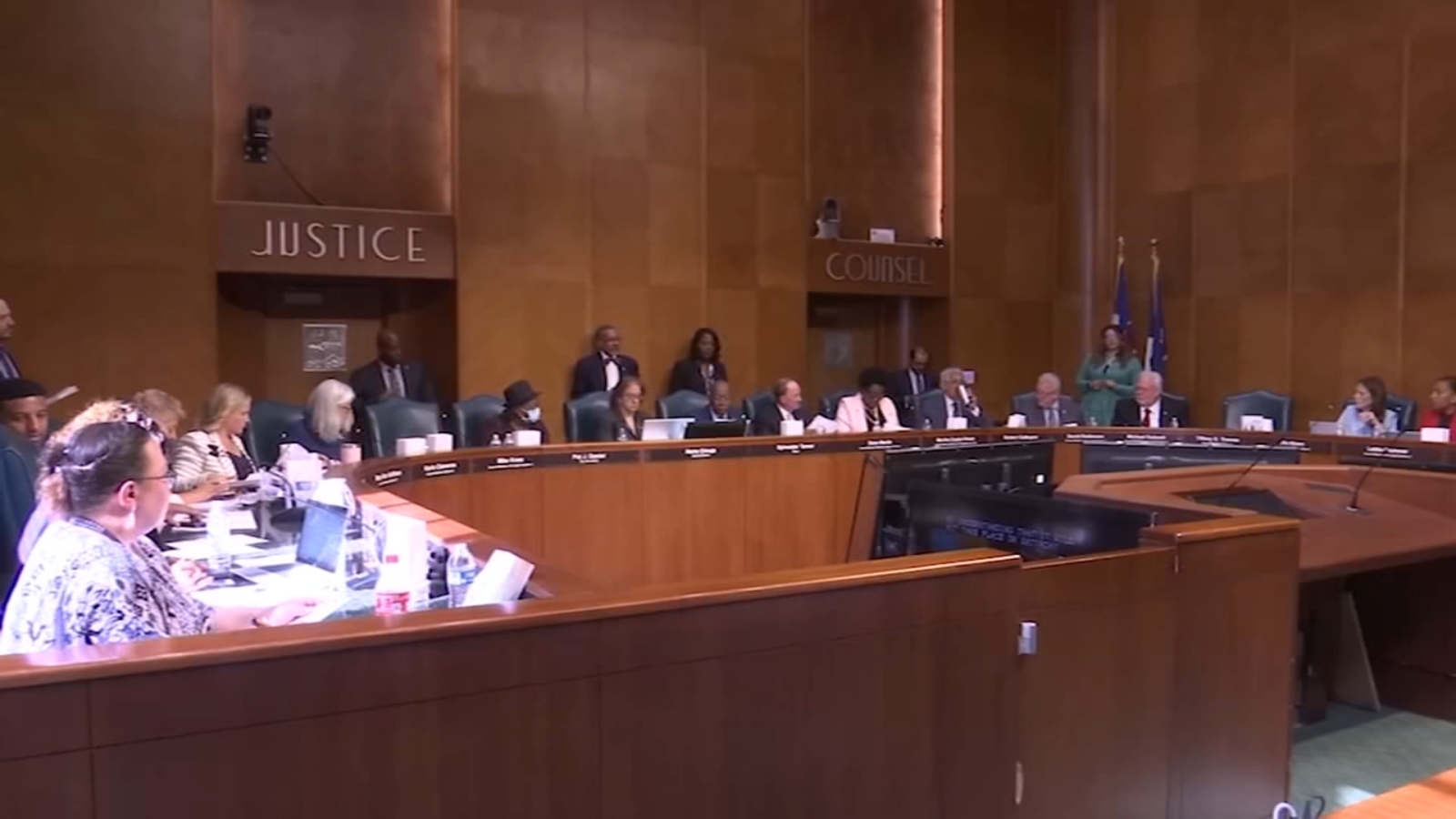 HOUSTON, Texas (KTRK) — How much money Houstonians pay in taxes and if that may change were the topic of{...} 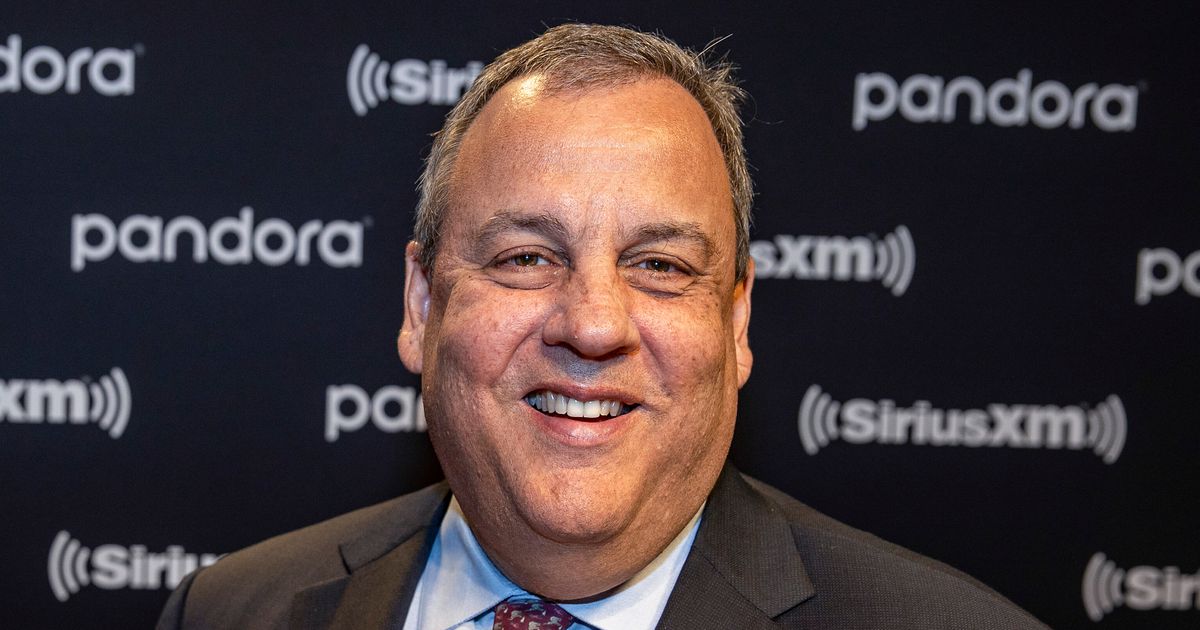 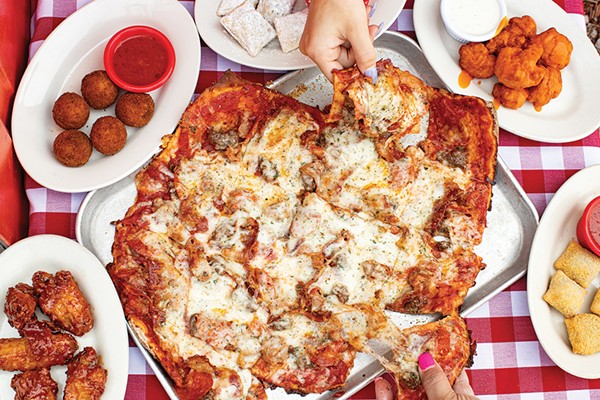