George Clooney, U2, Gladys Knight among next Kennedy Center Honorees

The Irish rock group U2, actor-filmmaker George Clooney, singers Gladys Knight and Amy Grant, and composer-conductor Tania León will be saluted for their achievements in the arts at the 45th annual Kennedy Center Honors Dec. 4 at the national arts center.

The Sunday night performance is the centerpiece of a weekend that includes a private dinner when the distinctive rainbow medals are presented, and a fundraising gala for thousands following the Opera House show. The production — with its top-secret lineup of guests — will be broadcast later on CBS.

The 2022 honorees represent the best of the entertainment world, said Kennedy Center President Deborah Rutter, but they have also used their talents to inspire change.

“In each case, these are artists who are doing more than being performers. They are artists as citizens who are giving back and making the world a better place through art,” Rutter said, citing the philanthropic, humanitarian and educational contributions made by each. “It’s about art for life’s sake. These artists are a mirror to who we are.”

Knight’s selection wins this year’s “What took you so long?” category, a perennial question for the selection committee, Rutter said.

“There are a lot of people on the ‘What took so long?’ list. That’s why this is so hard. There are so many deserving artists,” Rutter said.

Inside the making of the covid Kennedy Center Honors

Knight, 78, performed a knockout rendition of Garth Brook’s song, “We Shall Be Free” as part of last year’s Honors tribute to the country singer.

“I had loads of fun at that performance. I was so excited that they thought about making me a part of that,” Knight said by phone Wednesday. She expressed gratitude for being among the latest slate of honorees, especially one so rich in music.

“I like all kinds of music, to be honest. Country and gospel have always been the two that I go to,” said Knight, who headlined a 2002 benefit at the Kennedy Center for the American Diabetes Association, one of the charities she supports.

Born in Georgia, Knight started singing in her Baptist church’s youth choir when she was 4 years old. She was still a child when she won the grand prize on Ted Mack’s “Amateur Hour” show and 16 when she and her brother Bubba, sister Brenda and two cousins released their first record as the Pips. Two years later, the group became Gladys Knight and the Pips.

The Empress of Soul has released 38 records and won seven Grammy Awards over a career that is in its seventh decade. Among her best-known hits are “I Heard It Through the Grapevine,” “If I Were Your Woman” and “Midnight Train to Georgia.” She was inducted into the Rock and Roll Hall of Fame in 1996.

The Honors caused her to remember her amazing journey in music and the contributions of her late mother, Knight said.

“She chose all or most of the music I was doing,” she said. “And my mom could sing, too. She would get right in there, as we rehearsed. She listened to every little thing.”

U2 members Bono (Paul David Hewson), the Edge (David Howell Evans), Adam Clayton and Larry Mullen Jr. met as teenagers and have been performing together since 1976. Known worldwide for its popular stadium tours, the group has released 14 studio albums and won 22 Grammys. U2 was inducted into the Rock and Roll Hall of Fame in 2005. It has supported human rights efforts around the world and contributed to campaigns fighting AIDS, poverty and cancer.

The band first performed in the United States in 1980.

“We had big dreams then, fueled in part by the commonly held belief at home that America smiles on Ireland,” the band members said in a statement released by the arts center. “But even in the wilder thoughts, we never imagined that 40 years on, we would be invited back to receive one of the nation’s greatest honours … It has been a four-decade love affair with the country and its people, its artists, and culture. We consider America to be a home away from home and we are very grateful to the Kennedy Center Honors for welcoming us into this great clan of extraordinary artists.”

Clooney, 61, began his career in television, becoming a household name for his portrayal of heartthrob doctor Doug Ross on “ER.” He has won two Oscars, five Golden Globes and an Emmy as both a performer and producer and is known worldwide for his work on films such as the Ocean’s film series, “Out of Sight,” “O Brother, Where Art Thou” and “Good Night, and Good Luck.” In 2016, Clooney and his wife, Amal, created the Clooney Foundation for Justice to fight for human rights around the world.

“Growing up in a small town in Kentucky I could never have imagined that someday I’d be the one sitting in the balcony at the Kennedy Center Honors. To be mentioned in the same breath with the rest of these incredible artists is an honor. This is a genuinely exciting surprise for the whole Clooney family,” Clooney said in a statement.

The musical career of six-time Grammy winner Grant, 61, spans more than 40 years and includes singles that topped the pop, adult contemporary and contemporary Christian charts. Among her best-known hits are “Baby Baby” and “The Next Time I Fall,” a duet with Peter Cetera, and a series of popular Christmas albums. She is the first musician from the contemporary Christian genre to be honored by the Kennedy Center.

“It feels like an American cultural acknowledgment, and that feels profoundly different from anything else,” Grant said by phone Wednesday. “It feels like rarefied air.”

Grant supports many philanthropic causes, including St. Jude Children’s Hospital, MusiCares, the Nashville Symphony and Nashville Rescue Mission. She lives in Nashville with her husband, country musician Vince Gill, who performed at Honors tributes to Merle Haggard (2010) and the Eagles (2016). When the Kennedy Center called — Grant was in London with her daughter to watch Gill perform with the Eagles — she thought the arts center was offering the award to him.

“He is the most gifted musician I have ever known. I felt so humbled to be given this honor because the man I lie down next to and sleep with every night, he is … wow,” she said. “I need to tell you something, and this is so him, when I told him [about the honor] he opened up his arms and I crawled onto his lap and wept, and he said ‘I’m so proud of you.’ ”

Recognized as an ambassador of new music, León is an award-winning composer, conductor and teacher who was one of the founders of the Dance Theatre of Harlem and a lifelong advocate for classical music’s living composers.

The 79-year-old musician was surprised to learn of the honor.

“It’s a little bit overwhelming. It’s the kind of surprise that you go ‘What?’ ” she said. “Of course, when it sinks in, you start getting a film going in your head of all the things you’ve done, remembering the people who are no longer around, those who encouraged you from the very beginning, starting with grandparents.”

León’s grandmother enrolled her in music classes when she was a young child in Cuba. The classically trained pianist left for Miami in 1967 at the age of 24 to pursue a career as a concert pianist. She quickly moved to New York, and on her first trip to Harlem to substitute for a friend who accompanied ballet classes there, she met famed dancer Arthur Mitchell. She left that gig with an invitation to work on his next project, which became the Dance Theatre of Harlem.

“I had no idea who he was, I was just enjoying the piano,” said León, who became the group’s music director. “This is how life surprises you. To this day I don’t know how that happened.”

Mitchell encouraged her to write music, and he choreographed a dance to her first composition. León was new-music adviser to the New York Philharmonic in the 1990s, conducted the Kennedy Center Opera House Orchestra multiple times and launched the Brooklyn Philharmonic’s Community Concert Series. She founded Composers Now, an organization that commissions and advocates for living composers and taught generations of students at Brooklyn College and the CUNY Graduate Center from 1985 until retiring in 2019.

“I have always been a musician. I mold myself, reinvent myself, create myself. It is still ongoing,” she said. “It happens for every human being the same way — we keep growing until it’s time to go.”

Her work “Stride” was commissioned by the New York Philharmonic as part of Project 19, an initiative launched in 2020 that premiered 19 works by 19 women to commemorate the 100th anniversary of the passage of the 19th Amendment giving women the right to vote. It was awarded the 2021 Pulitzer Prize in Music.

The 2022 Kennedy Center Honors will be produced by Done+Dusted, the company behind the last three Mark Twain Prizes. Rutter said the switch from White Cherry, which produced the show since 2016, is part of an effort to keep it fresh.

Considering the “Press” rapper is planning to launch her own cosmetics line after filing a trademark for Bardi Beauty in April 2021,{...} 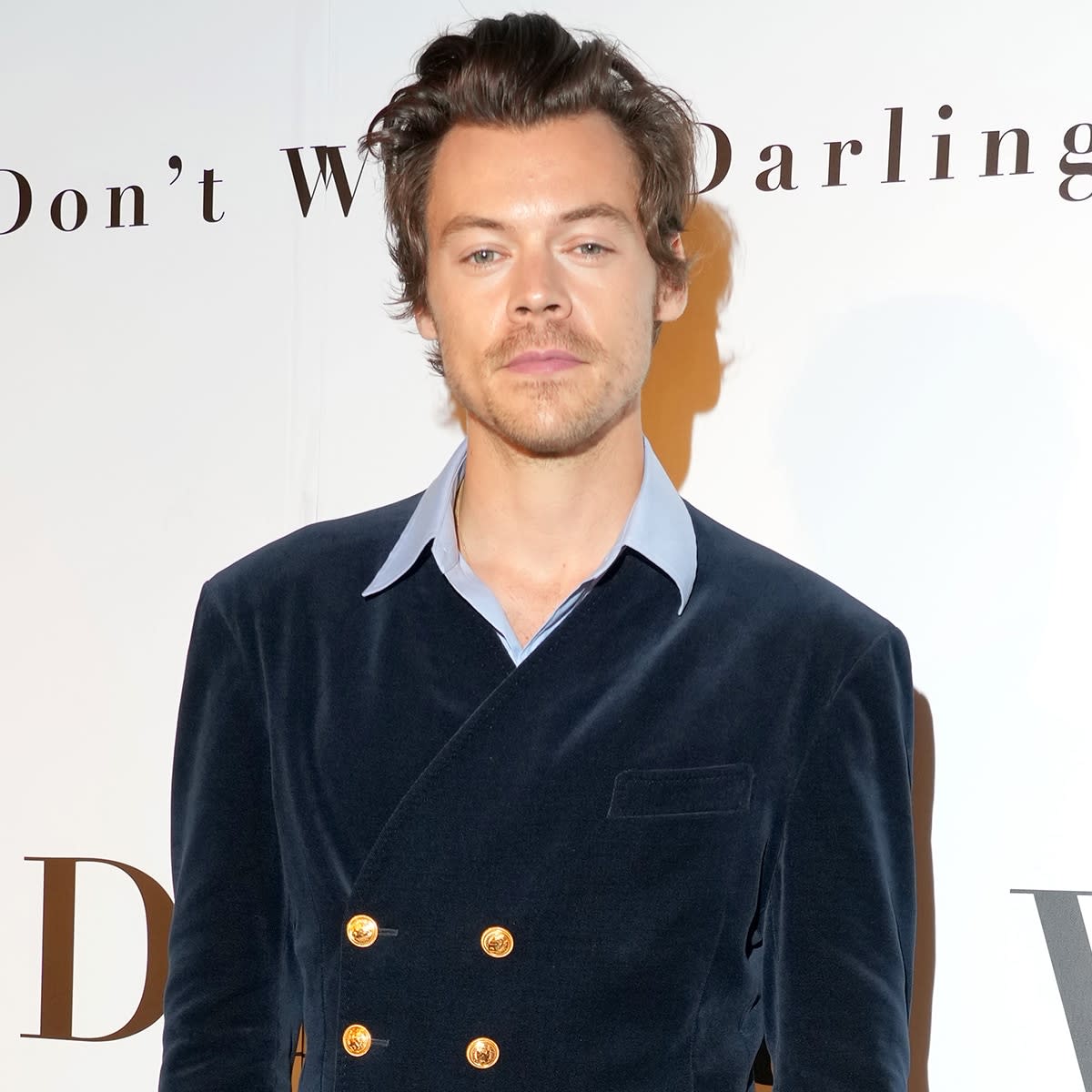 Health comes first at Harry’s House. Just hours before taking the stage for the first of his six concerts at{...}

So many couples of Hollywood hidden right in front of our nose. 1. Maya Erskine from Pen15 and Michael Angarano{...}