Copper has lost one of its most influential cheerleaders, after Goldman Sachs Group Inc. chopped its near-term price forecasts in anticipation of a sharp slump in consumer spending and industrial activity as Europe’s energy crisis deepens.

Goldman’s analysts have been among the most bullish voices on commodities, and warned that copper in particular could become one of the tightest markets ever seen. But with investors selling the metal in droves and prices now 40% below the bank’s expectations, the bank is warning that the slump could still have much further to run. The dollar’s surge has weighed significantly on copper and the global energy squeeze that’s threatening growth is “heavily skewed toward escalation into winter,” analysts including Nicholas Snowdon said in an emailed note. The bank sees copper at $6 700 a ton in the coming three months, versus an earlier forecast of $8 650.

The metal often seen as a bellwether of the world economy has slumped almost 30% from a record in March. While copper had been favored by analysts because of tight supplies and its use in fast-expanding green technologies, prices have plunged as Russia’s squeeze on energy supplies roils economies, especially in Europe.

Former copper bull Bank of America also slashed its forecasts last week, warning that in a worst-case scenario where Europe experiences widespread gas shortages, prices could plunge to as low as $4 500 a ton. Copper fell 1.5% Tuesday on the London Metal Exchange to $7 472 a ton by 11:31 a.m. local time, headed for its lowest close since November 2020. Other metals were flat to lower.

The copper market is facing a surplus for the coming two years as demand wanes and mines keep expanding, Marcus Garvey, head of commodities strategy at Macquarie Group Ltd. said at an online LME seminar on Tuesday. Absent more supply shocks, the metal’s performance will come down to global growth, he said.

“The downward spiral in copper price that has gathered momentum in recent sessions reflects increasingly pessimistic growth expectations,” Goldman said in its note. “This latest leg lower has been tied to increasing headwinds to European growth path, in particular from the impact of surging regional natural gas prices on activity.”

Goldman also warned that lower prices may be needed to encourage producers to ration supply, though it said actual production cuts would only be needed in a worldwide recession. Still, the bank said copper was on track to reach $15 000 in 2025, citing a “clear structural bull story” as mine supply peaks. It sees copper at $7 600 in six months and at $9 000 in 12 months, versus previous forecasts of $10 500 and $12 000. India Capitals’ pacer Mitchell Johnson has been handed a warning and docked 50 percent of his match fees for involving{...} 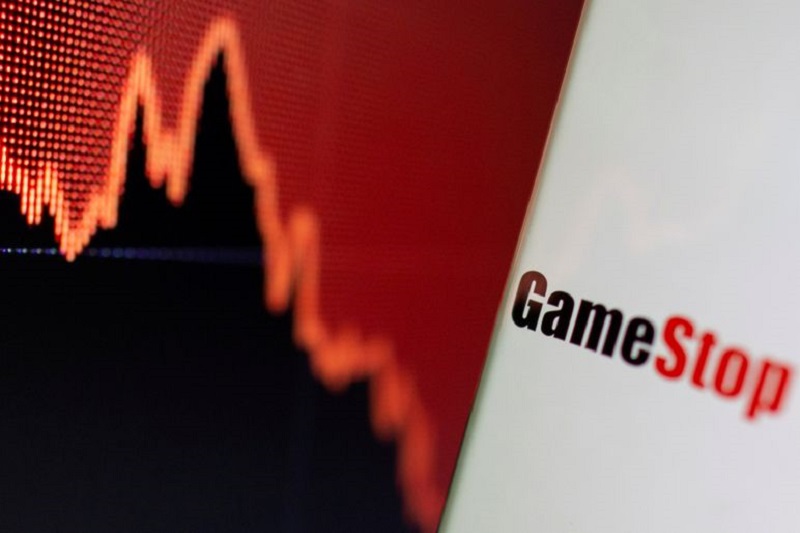 © Reuters. FILE PHOTO: The logo of Robinhood Markets, Inc. is seen at a pop-up event on Wall Street after{...}