Energy crisis campaigners have projected scenes of people struggling with fuel poverty on to Rishi Sunak’s Yorkshire mansion on the eve of the autumn statement.

Activists from Greenpeace parked a van outside the prime minister’s £1.5m constituency home and used it to beam the trailer of a hard-hitting documentary on to the facade of the Georgian manor house.

It reminds Sunak that energy companies are set to make £170bn in excess profits over the next two years – but that it would cost “just” £55bn to insulate all homes in the UK, which are some of the coldest and draughtiest in western Europe.

“Unless the government steps in, we will suffer every winter, while companies get richer,” the film says. The trailer was projected on to the front of the Grade II-listed house near Northallerton in North Yorkshire as night fell on Wednesday.

The prime minister was at the G20 meeting of world leaders in Bali at the time. His wife and daughters were not believed to be in the house during the stunt. Campaigners were able to play the nine-minute film twice without any response from anyone inside.

The film, made in partnership with the New Economics Foundation thinktank, tells the story of a community struggling to support themselves and each other through the cost of living crisis in food banks and community centres. It focuses on Maltby in the South Yorkshire constituency of Rother Valley, which turned Conservative for the first time in 2019. It will be shown at public screenings around the UK, from Wednesday.

New polling, commissioned by Greenpeace from Survation, found that 64.6% of people in the UK have had to make cuts to other spending because of rising energy bills, rising to 72.5% in “red wall” constituencies. Almost 77% would support a government programme to install home insulation in their area, rising to 80% in the red wall.

Heather Kennedy, a community organiser from the New Economics Foundation who works in and around the Rother Valley and helped produce the film, said: “The rise in energy prices is made much worse by our poorly insulated, leaky homes, which waste our money every time we turn on our heating.

“But there is investment the government could make in this budget that would protect us from rising energy costs this winter and in the winters to come. Our prime minister, Rishi Sunak, should kick-start a national programme of home upgrades to insulate Britain’s cold, draughty homes this winter.”

Nearly 7 million households – a quarter of the country – are already in fuel poverty, and this is expected to rise to 11 million next year without further government intervention. A recent report by Cambridge Econometrics on behalf of Greenpeace UK suggested that a government-backed programme to insulate homes and install heat pumps could inject almost £7bn a year into the economy and create almost 140,000 new jobs by 2030.

Ami McCarthy, a political campaigner for Greenpeace UK, said: “What the country needs is a massive insulation programme that should be paid for by a windfall tax on the companies who are making huge profits at our expense. The government have introduced a windfall tax but left a massive loophole which gives huge amounts of that money to fossil fuel companies’ expansion plans that won’t heat our houses for years, but will heat the climate for centuries.” 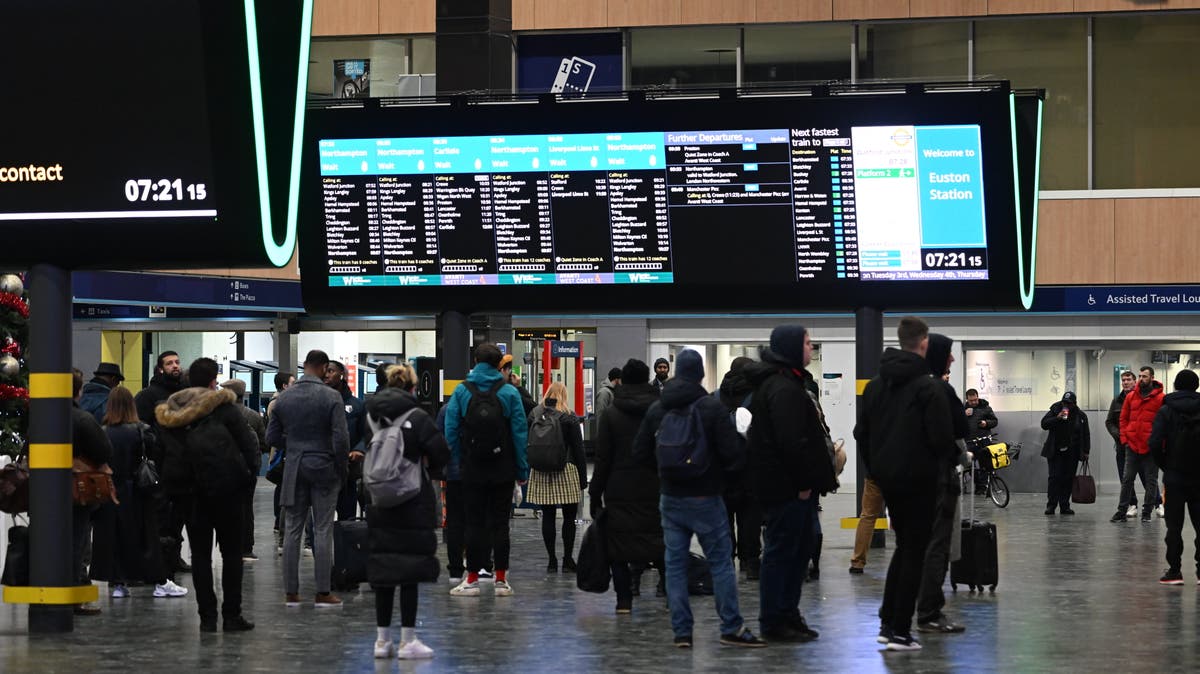 T he head of Britain’s largest rail union warned train strikes could go on for months on Tuesday as a{...}

Several candidates have turned down the role of Rishi Sunak’s ethics adviser, to which the prime minister had pledged to{...}