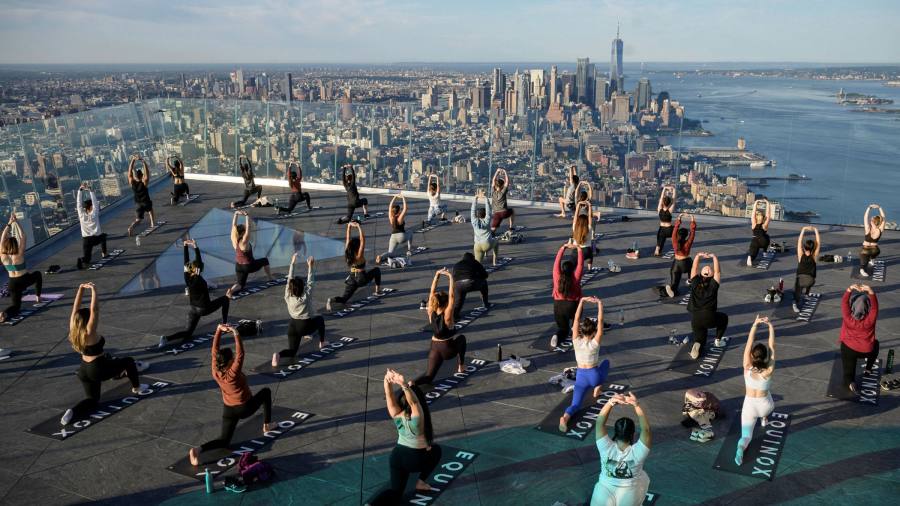 Has New York lost its edge?

Three years since last visiting, I find myself in New York for a long weekend. It’s hot. And humid. And my hair seems intent on humiliating me by turning into a fuzz every time I step outside.

Walking along the High Line — now so verdant and established it feels embedded in the landscape — I consider whether the city popularised as a world-beating cultural centre has retained its fabled crown. Opinion seems to be split. Many bemoan the erosion of the city’s uniquely gritty quality, quietly homogenised by Pilates studios and boutique gyms. The streets are a tangle of cycling shorts and crop tops on uber-svelte bodies. Everyone seems to be accessorised with a small, hot designer dog.

But there’s a new vigour among the mask-less as they emerge from two years of cautious fun. They’re feeling reckless and hedonistic: throwing down absinthe cocktails at clubs like Kind Regards on Ludlow Street, and congregating in sidewalk dining rooms to try “authentic” new cuisines.

Out in the Hamptons, the only edge here is the steam-pressed creases on the parking valet’s shorts

Others worry about the post-pandemic evacuation, which has seen the city’s wealthy benefactors absconding upstate to leafy glades. As the money has left the urban centre, crime rates have escalated, homelessness is rising and murder has become a fact of daily life. “Vice City” screamed the New York Post on Tuesday, with news that major crimes in Gotham are up this year 37 per cent. (Fifty-one people were shot in 36 separate incidents over the July 4 weekend, compared with the 32 people shot over the same weekend last year.) It brings to mind the 1970s, when New York was nearly bankrupt and crime was soaring, but the artistic community thrived.

Caught between two competing narratives, the city seems to be experiencing an identity reboot. In some ways it’s slicker, leaner and more shrill with purpose. In other ways it seems nervy and more angsty. Is that edge? And is that an enviable trait?

A good metaphor for this dual personality are the redevelopments of late: city institutions such as the Chelsea Hotel, which has finally reopened after 10 years of stymied progress, or the area around Penn Station, which is undergoing a massive renovation that will see it “benefit” from the construction of 10 new Midtown skyscrapers, in an effort to transform the neighbourhood. Many lament the tidied-up versions of places beloved by fans of New York grunge. They resent the transformation of the city’s notorious landmarks and seedy neighbourhoods in the ersatz manner of muted bohemian repose.

But even in the city’s most luxurious establishments strange anomalies remain. Residents still occupy long-term rentals owing to longstanding tenancy agreements where they pay peppercorn annual rents. A colleague is evacuated from her hotel in downtown Manhattan one evening when one such resident starts a house fire on the upper floor. For many of its residents, the city is still one of Beatnik plumbing, smoking rights and aesthetic licence, regardless of the slick refurbishments all around.

The odd tension between New York’s edgy downtown spirit and its glossy, uptown chutzpah, does feel edgy, and perhaps not in the greatest ways. Hotel occupancy numbers and commuter traffic are nudging up but the city feels more grimy and less polished. The pandemic has further exposed the chronic negligence in mental healthcare. There’s a whiff of danger in the air.

Out in the Hamptons, meanwhile, the super-wealthy are gathering for dune parties, pop-up retail opportunities and big, brand-sponsored events. The only edge here is in the fine-clipped contours of the box hedges which stud the gardens, and the steam-pressed creases on the parking valet’s shorts. There were three parties last weekend, said one partygoer while checking off New York’s revival over mocktails in a barn in Amagansett on Monday night. Gucci staged a celebrity-studded summer festival at stylist Elizabeth Saltzman’s house in East Hampton last weekend; Prada and Chanel have both opened Long Island bases in recent weeks. New York is “back” is the consensus, even though the majority of those making that decision are rarely in town for long: most have reconfigured their weekly work hours to factor in long commutes.

Back in the city I buy an eye-bleedingly expensive ticket to a revival of Stephen Sondheim’s Into the Woods. A faithful adaptation of one of the late composer’s most popular musicals, there is no barefoot reductivism, cross-gender casting or a capella minimalism in this production which, with its five-star casting and full orchestra, is a total Technicolor song joy. The audience is hysterical with Sondheim fever: with every song they whoop and cheer. Sitting on the front row with my $25 bottle of water, with an audience of what seems like 1,900 locals who appear to have known the tunes since birth, feels like the most New York moment one could have. It is pure, glorious, Broadway perfection. And the least edgy evening in the world.

Save the date for Saturday, September 3 to listen to Jo Ellison and over 100 authors, scientists, politicians, chefs, artists and journalists at Kenwood House Gardens, London. Choose from 10 tents packed with ideas and inspiration and an array of perspectives, featuring everything from debates to tastings, performances and more. Book your pass at ft.com/ftwf 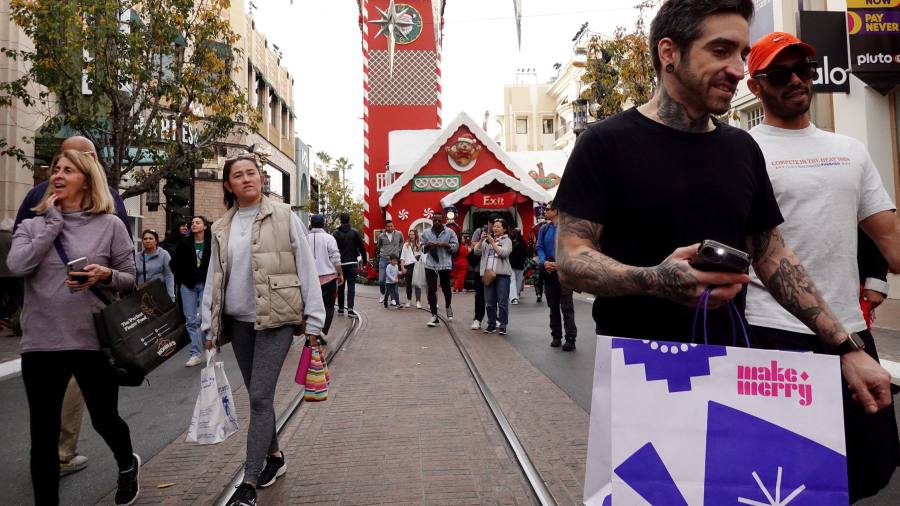 European stocks and US futures jumped on Tuesday, continuing a strong start to the new year for equity investors who remain{...}