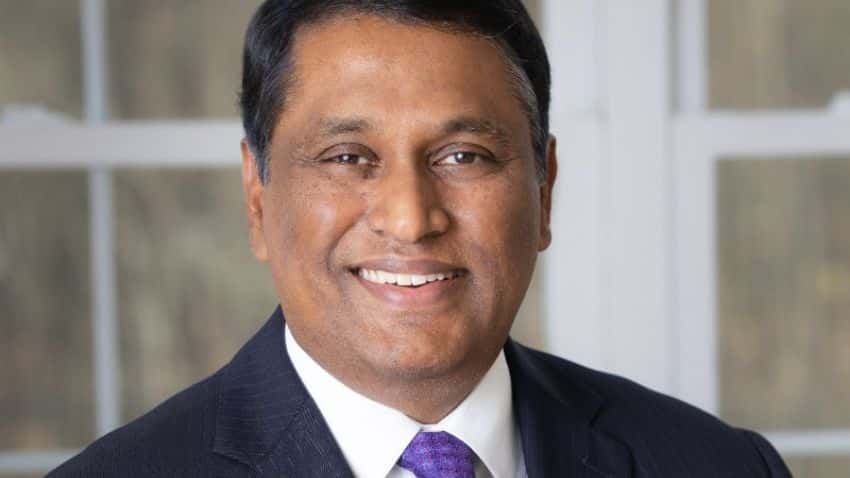 India’s startup story is “intact” and its tech innovation fundamentals remain vibrant and relevant in spite of fluctuating valuations in the startup space, according to HCL Technologies Chief Executive Officer C Vijayakumar.

The comment by the Indian IT major HCL Technologies’ top honcho comes at a time when investments and venture capital deal volumes in the startup space have started to taper, as investors turn wary of committing large cheques amid uncertain market conditions.

Asked about the startup valuations coming-off their peak, and whether the space is headed for a possible reset, HCL Tech’s Vijayakumar in an interview to PTI said: “I absolutely believe that the India startup story, tech innovation, products, all of that coming out of India, is very intact”.

“Obviously there is some kind of reduction in valuations. But barring that, the big picture is very vibrant and relevant for a lot of new things that are happening in the market. So, I am very positive on that,” Vijayakumar added.

Spooked by concerns over profitability, cash burn, and corporate governance issues, investors are raising their guard, while stock market corrections have taken the sheen off newly-listed startups.

Funding in startups dropped by 17 per cent sequentially to USD 6 billion (about Rs 47,800 crore) in the April-June period, according to industry body Nasscom

As per a report by market intelligence platform Tracxn, the total funding raised by Indian startups in the just-ended June quarter fell 33 per cent sequentially to USD 6.9 billion.

The funding seems to have come off the previous high, witnessed in Q3 2021, the Tracxn report said, while indicating a “major consensus amongst market players of a ‘winter of funding’ or a downturn in investors’ confidence and sentiments towards funding startups”.

On whether HCL Tech would look at the startup space for acquisition, given the valuations have turned attractive, Vijayakumar said, “it all depends… We’re constantly looking for capability-led acquisitions, in the services and products side. If we find something interesting, we may look at it.”

HCL Technologies recently reported a 2.4 per cent year-on-year rise in its consolidated net profit for the three months ended in June 2022 at Rs 3,283 crore. The revenue of the Noida-headquartered firm stood at Rs 23,464 crore, nearly 17 per cent higher than the year-ago period.

The company retained its FY23 revenue outlook in the 12-14 per cent band, citing “strong momentum in the market” and said it is positive about growth trajectory. The company expects to be on the lower end of the guided EBIT (earnings before interest and taxes) margin band of 18-20 per cent.

Vijayakumar asserted that the company is “on a good upcycle”, and will use multiple levers to mitigate the challenges around margins.

On whether there is any impact of Russia-Ukraine war on operations, Vijayakumar said that the company does not have any presence in these locations, neither sales nor delivery presence.

“We have presence in some adjacent countries, such as Romania, Poland… So in those countries there is no problem, things are going fine. We didn’t have any direct exposure to Russia or Ukraine,” he said.

As far as Europe is concerned, the company has not seen any material changes in the overall pipeline or demand in Europe, and “it continues to be quite robust”.

To a question on the timelines, by when the company plans to get its workforce back to office, Vijayakumar said HCL Tech pursues a policy of ‘virtual first hybrid operating model’.

“So wherever the work can be done virtually, we tell people to continue doing it virtually. We are putting together an engagement model, where we expect them to be in one of our locations, maybe a couple of days in a month, or in some cases, a couple of weeks,” he said.

“Maybe about 20 per cent of our employee base is working from our locations, and that number varies from location to location. We think it will only marginally increase, not dramatically increase,” he said but did not divulge a target ratio or timeline for achieving the same. A family in Eluru, Andhra Pradesh, prepared a huge feast for their son-in-law on January 15 for the Sankranthi festival.{...}

(Bloomberg) — Oil and natural gas projects that Exxon Mobil Corp. invested in between 1998 and 2017 ended up costing{...} David Crook’s savvy approach to financial journalism has a new home, as he works innovations into Kiplinger’s Retirement Report. David{...}