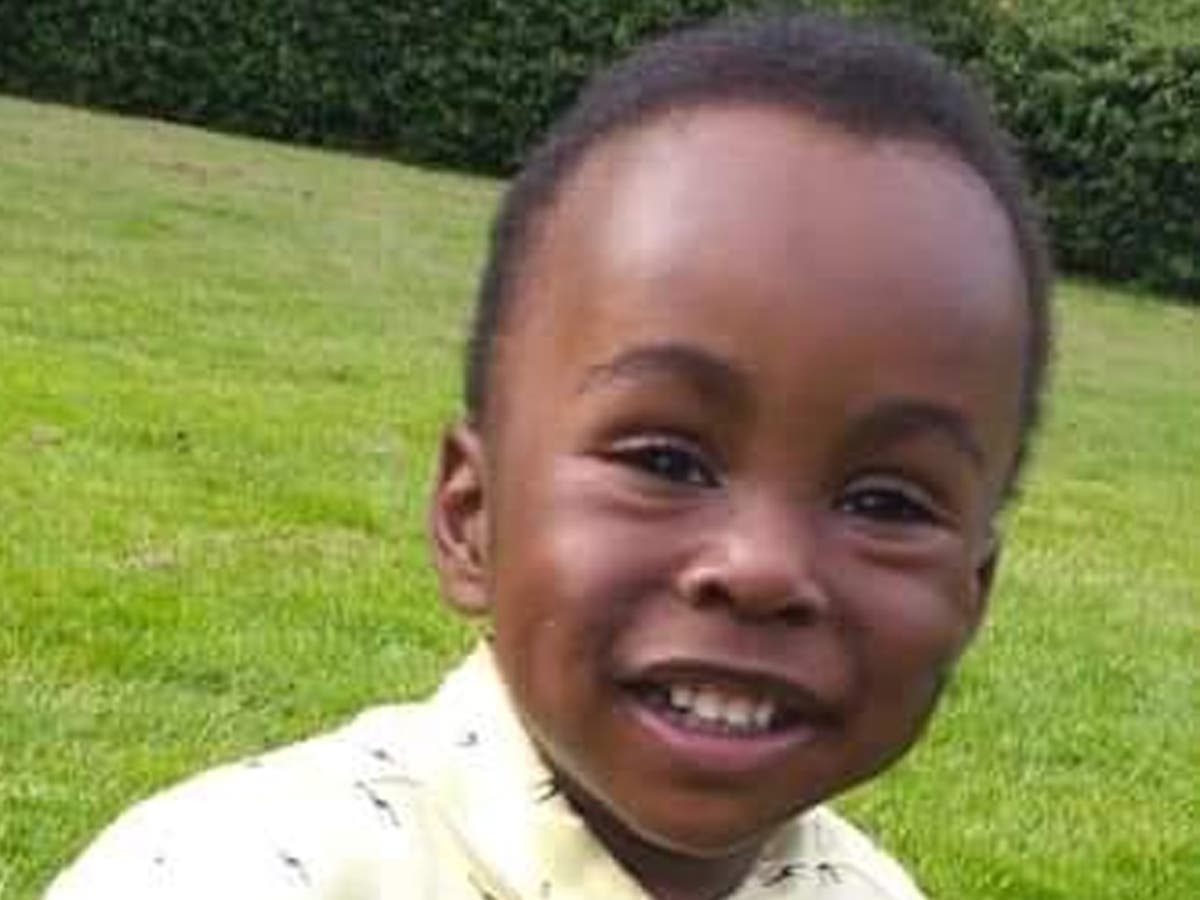 The chair of a housing society under fire over a two-year-old’s death due to mould exposure held a senior post at another provider criticised by a regulator.

Awaab Ishak died “as a result of a severe respiratory condition caused due to prolonged exposure to mould”, a coroner said – despite the toddler’s father, Faisal Abdullah, previously complaining to landlord Rochdale Boroughwide Housing (RBH) about the issue.

The family of the child – who died just days after his birthday nearly two years ago – hit out at RBH on Tuesday, saying the provider left them feeling “absolutely worthless”. It came after a coroner said no action was taken to tackle the mould at the family’s home in Rochdale, Greater Manchester, asking: “How, in the UK in 2020, does a two-year-old child die from exposure to mould in his home?”

Now The Independent can reveal that RBH’s chair, Alison Tumilty – who is also a yoga teacher – held a senior position at Your Housing Group, which has a regulatory notice against it from the Regulator of Social Housing (RSH).

In RBH’s latest report and financial statements, Ms Tumilty boasts of “many achievements we can be proud of”, including winning an “Award for our ‘Refreshing Repairs’ leadership programme”.

Ms Tumilty – who was group finance director at Your Housing Group for just over four years until August 2017, according to her LinkedIn profile – has been board chair at RBH for more than five years.

The notice further explains: “Failing to ensure that rents and service charges are correctly set is a serious matter that can result in tenants being overcharged. For those rents met through Housing Benefit and Universal Credit it has implications for the public purse.”

A regulatory judgement for Your Housing Group, also dated 29 June, found the provider compliant on governance and viability measures. However, it states: “… YHGL has further work to do to strengthen its risk management and the adequacy of its internal controls, particularly within the finance function. Recent internal audits have highlighted control weaknesses. Notably, a review of rent and service charge setting identifed [sic] wide ranging errors, which YHGL self-referred to the regulator. Following investigation, we have concluded that YHGL has not complied with the Rent Standard 2020 or the legislative requirements of the Welfare Reform and Work Act 2016. We have set out our findings in a separate Regulatory Notice.”

On Wednesday, Levelling Up, Housing and Communities secretary Michael Gove told parliament that he had “already been in touch” with RBH’s chair and chief executive “to demand answers”. He said RBH’s “repeated failure to heed Awaab’s family’s pleas to remove the mould in their damp-ridden property was a terrible dereliction of duty”.

Separately, three investigations into RBH – relating to “high or medium risk” complaints – are being expedited by the housing ombudsman.

In a statement read on their behalf after the hearing on Tuesday, Awaab’s family said: “We cannot tell you how many health professionals we’ve cried in front of and … [RBH] staff we have pleaded to, expressing concern for the conditions ourselves and Awaab have been living in. We shouted out as loudly as we could.”

The family’s statement added: “Whenever friends would come to visit, they would tell us that the conditions that … [RBH] were keeping us in were not right. We have no doubt at all that we were treated this way because we are not from the country and less aware of how the systems in the UK work.”

They said they were left feeling “absolutely worthless at the hands” of RBH.

In her findings, Ms Kearsely described Awaab as “an engaging, lively, endearing two-year-old”. She said Mr Abdullah reported mould developing in the flat to RBH in 2017 and was told to paint over it.

The inquest heard that in June 2020, Mr Abdullah instructed solicitors and initiated a claim over the recurring issue but policy meant any repairs would not be done until an agreement had been reached.

A health visitor also contacted RBH to raise the issue in July 2020. An inspection that month found mould in the kitchen, bathroom and a bedroom cupboard that needed treatment.

The coroner said the mould was due to “normal daily living activities” and a lack of effective ventilation. She said: “I find as a matter of fact that no action was taken and, from July 2020 until December 2020, Awaab continued to have chronic exposure to harmful mould.”

The court heard Awaab was taken to Rochdale Urgent Care Centre on 19 December with shortness of breath and transferred to Royal Oldham Hospital before being discharged.

Awaab deteriorated the next day and his parents were advised by the Community Children’s Nursing Team to take him back to the Rochdale Urgent Care Centre. The inquest heard he went into respiratory arrest and then cardiac arrest while being transferred to Oldham. He died after arriving at Oldham.

The coroner said: “Awaab Ishak died as a result of a severe respiratory condition caused due to prolonged exposure to mould in his home environment.

“Action to treat and prevent the mould was not taken. His respiratory condition led to respiratory arrest.”

According to RBH’s report and financial statements for the year ended 31 March 2022, Ms Tumilty was remunerated £11,000 for the year. Her LinkedIn profile, which lists her employment at Your Housing Group, boasts: “I am a successful and influential Chair, Non Executive Director, and Business Consultant.”

The LinkedIn profile details she is also chair of finance and performance at Wrightington, Wigan and Leigh NHS Foundation Trust.

Separately, she advertises as a hypnobirthing and pregnancy yoga teacher. Her “Just yoga with Ali” website details: “I hold part time board roles in the NHS and social housing, two areas of our society that I believe passionately in. This work naturally complements my yoga teaching and firmly keeps my feet in the real world.”

In a statement, an RBH spokesperson said: “Alison is truly devastated and sorry about Awaab’s death.

“RBH’s board has confidence in Alison as its chair.

“There were no issues regarding her role and responsibilities at Your Housing Group including the events that led to the regulatory downgrade in 2022.

“She left Your Housing Group in August 2017 to focus on non-executive roles, including the role at RBH, in addition to pursuing a personal interest in yoga.

“As a community-owned organisation RBH supports the diverse communities of Rochdale.”

“This year we received a regulatory notice following an internal audit where we identified issues with rent setting on a small number of our properties. We reported this to the regulator ourselves and quickly rectified the issue for our customers.”

An RSH spokesperson said: “We expect all registered providers to be well-run and for boards to ensure they manage their affairs with an appropriate degree of skill, independence, diligence, effectiveness, prudence and foresight. As independent organisations, decisions about the chair of the board of a registered provider are a matter for that provider.” 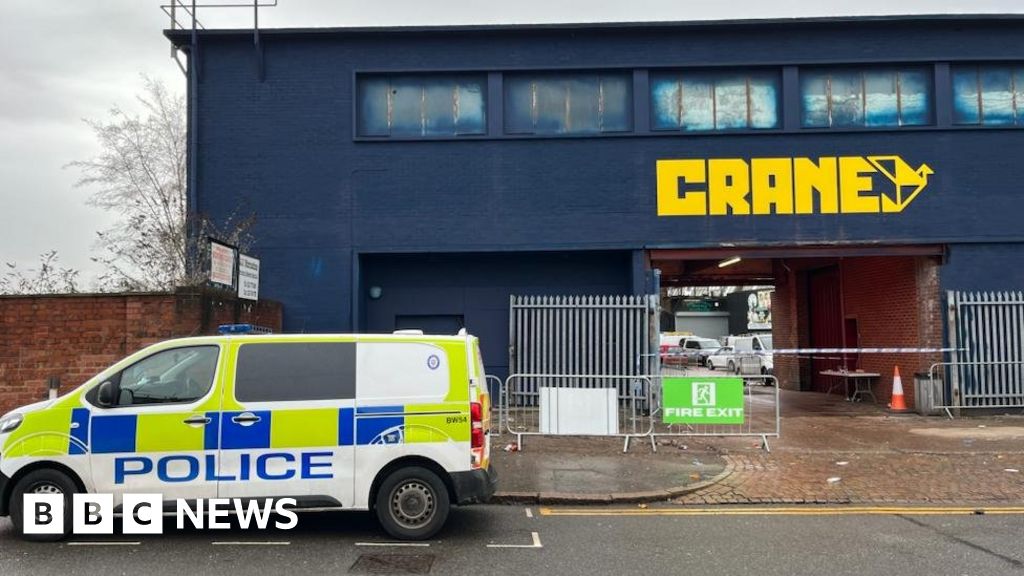 Man stabbed to death on Birmingham nightclub dance floor  BBC Man, 23, dies after being stabbed on dancefloor of nightclub in{...}

Labour hold their biggest poll lead over the Conservatives for almost ten years amid mass dissatisfaction with the government’s handling{...}

Justin Trudeau has pledged to “follow up” on allegations that a spy working for Canadian intelligence trafficked British schoolgirls into{...}