On July 1, the Government issued a notification increasing the special additional excise duty (SAED) on petrol, diesel and aviation turbine fuel (ATF) by ₹6 a litre, ₹13 a litre and ₹6 a litre, respectively.

This move — targeted at private refiners — is likely to make huge impact on one of the standalone public sector refiners, Mangalore Refinery and Petrochemicals Ltd (MRPL), in the country.

MRPL, one of the standalone refineries in public sector, mainly exports diesel and ATF. LPG and petrol are sold in the domestic market.

An expert source, who has been tracking MRPL for long, told BusinessLine on the condition of anonymity that the decision of the government to impose SAED will make a huge impact on profitability of the country.

What forced this taxation?

Though there was an export tax of ₹1 a litre all these days, the refiners had absorbed it. From July 1, it has been increased to ₹13 a litre for diesel, which works out to around $25 a barrel.

Highlighting the developments in refinery crack spread in the past few months, the source said the refineries were getting a crack of around $15 a barrel in April for exports. (Crack spread is the difference between the price of a barrel of crude and the products obtained from it.) It keeps on changing, and normally remains in the range of $10-15 a barrel, the source said, adding it was in the range of $25-40 a barrel in the last two months.

When the government came out with a notification asking the refiners to compulsorily sell in the domestic market, some private players brought product to the retail outlets. At a time when the OMCs (oil marketing companies) from the public sector were selling the product at ‘X’ price, the private players were selling it at ‘X+10 or 20’ as they were free to fix the retail price.

Apart from diverting the consumers from private outlets to to PSU ones for products such diesel, this move put additional burden on the public sector refiners to supply to PSU OMCs at a discount. “So what a private player was supposed to sell at a discount was being sold by the PSU OMCs,” the source said.

When the crude price went up to $140 a barrel also, PSU OMCs were selling it at a discount in the retail market. Some private players starved the market, when the nozzle price (retail price) was being controlled. This made the Government to think of penalty in the form of tax on them, the source said.

What made MRPL to export?

MRPL is forced to export certain products such as diesel and ATF after meeting the complete domestic requirements, the source said. Being a standalone refinery, MRPL does not have a large retail outlet network.

In such a case, MRPL offers all its products to the market. MRPL exports nearly 50 per cent of its diesel production and 85 per cent of ATF production after meeting the requirements in the domestic sector, the source said.

The public sector MRPL never starved the domestic market, though there was good price for the products in the export market. OMCs lift nearly 50 per cent of Karnataka’s diesel demand from MRPL.

On the huge ATF export, the source said there no demand here as there is surplus production in the country. A product for which there is no domestic demand is also being taxed now.

The SAED works out to around $12 a barrel each for ATF and petrol, and $25 a barrel for diesel. The source said MRPL was getting almost $15 a barrel crack spread on diesel. It was only in the last two months that it was in the range of $25-40 a barrel.

Stating that the crack spread varies daily, the source said it was $46 a barrel on July 1, and came down to $30 a barrel on July 7. Taking the production and export into account, SAED could lead to a loss of around ₹600 crore a month to MRPL in diesel alone. It will be a huge hit on the refinery that is just coming out of the losses suffered during the pandemic, the source said.

When BusinessLine contacted MRPL for this story, it declined to comment.

The Government imposed SAED to penalise the private players making profit in the export market, starving the domestic markets of products, the source said, adding vengeance has worked here rather than logic. Another notification on July 1 made it mandatory for the refiners to sell 50 per cent of the production in the domestic market for them to export. That logic should have been implemented much before.

Stating that the Government’s decision to penalise such players is affecting its own PSU refiner, the source said MRPL has got caught in the crossfire now. The recent product exports helped MRPL to bring down its debt from ₹25,000 crore to ₹18,000 crore.

It is not proper to penalise a public sector for the fault of others, the source said, adding it exported the products after meeting the requirements of the domestic market.

The source was of the opinion that the continuation of the export tax would have huge impact on the company leading to a loss. In case the production is affected by this tax, it could hit the supply situation for LPG, petrol and diesel in the state. LPG produced in MRPL meets 50 per cent of the requirements of Karnataka. The State imports the rest of the LPG. Petrol and diesel supply at the retail outlets will also be affected, the source said.

The company sells the products through international traders from the across the continents, including Singapore, Europe, Africa, Australia and America.

This video grab taken and released on Oct. 8, 2022 shows thick black smoke rising from a fire on the{...} 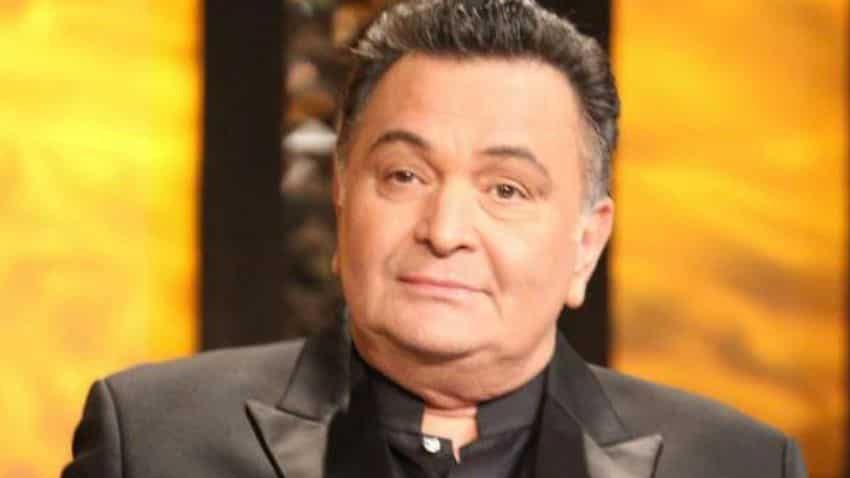 Bollywood, family, and friends extended their wishes to late veteran actor Rishi Kapoor on his 70th birthday on September 4,{...}

When COVID-19 first emerged to cause a historic global pandemic, questions naturally arose about how the virus was spreading. One{...}