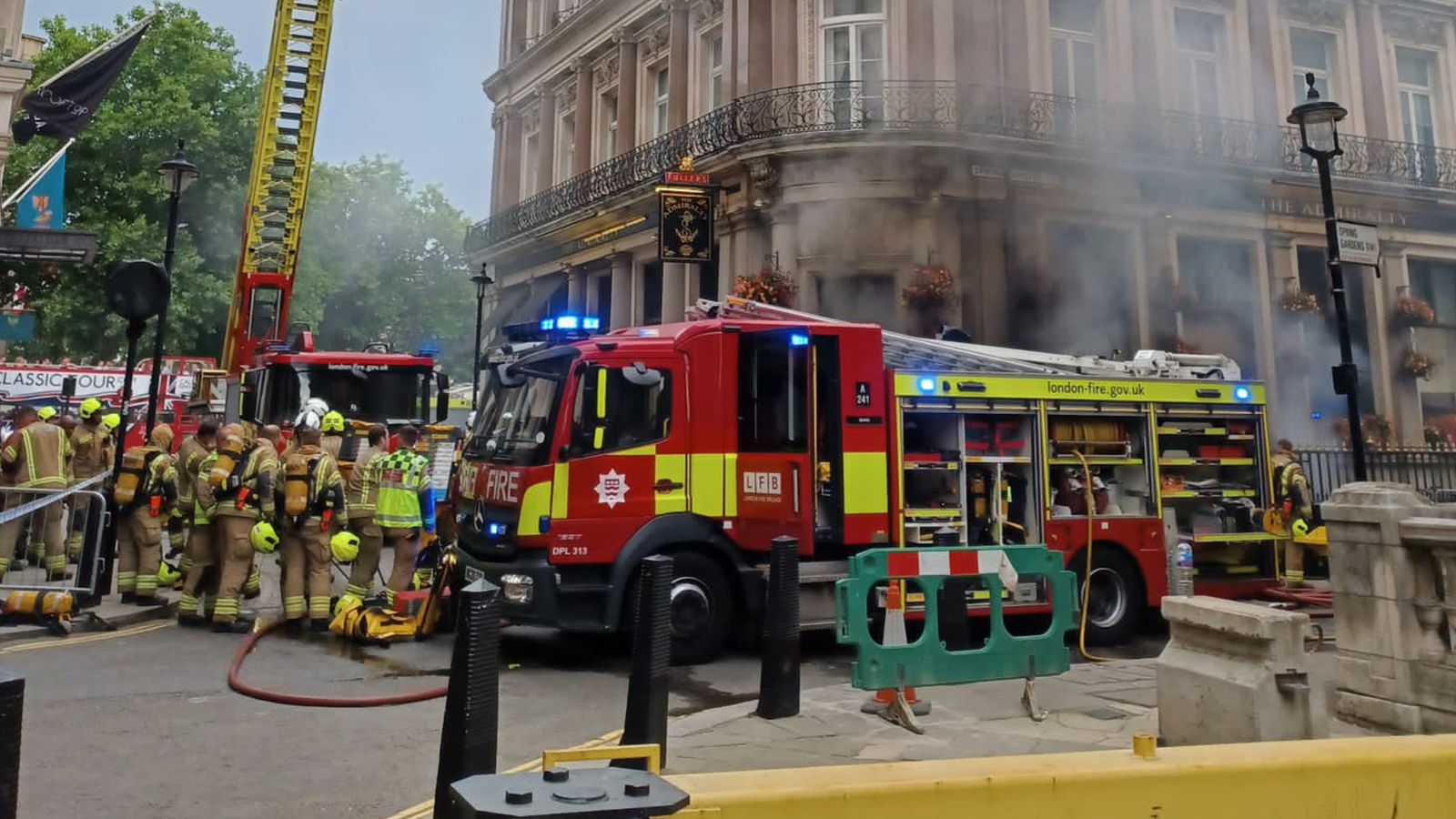 More than 100 firefighters are tackling a “challenging” blaze at a pub in Trafalgar Square in central London.

Huge plumes of smoke could be seen billowing from the The Admiralty pub after the fire broke out shortly before 5.50pm on Tuesday.

The London Fire Brigade (LFB) said half of the pub’s basement was alight.

Station Commander Keith McDermott, at the scene, said: “Due to the arduous, challenging and hot conditions inside the basement we’ve increased the number of fire engines and firefighters at the scene.

“Around 150 people evacuated the pub and surrounding businesses before the brigade arrived.”

A LFB spokesperson added: “Steady progress is being made at the Trafalgar Square pub fire. We’re likely to be at the scene for hours to come.”

There have been no reports of any injuries and the cause of the fire is not yet known. 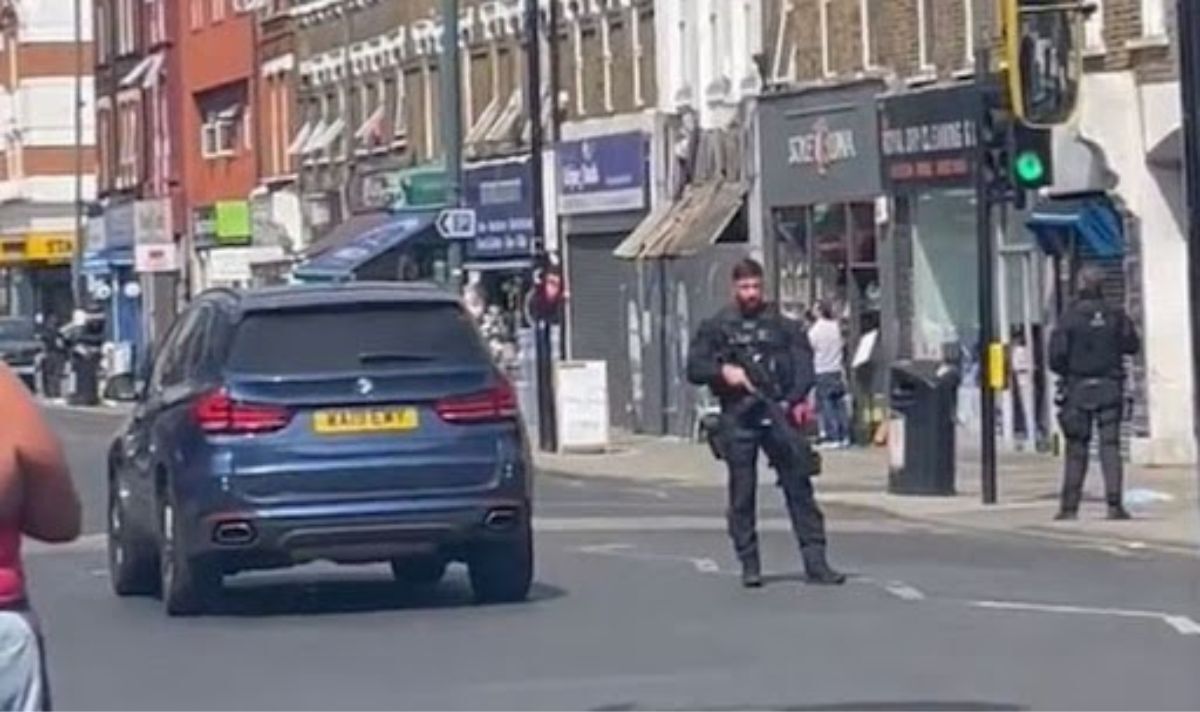 Just before 2pm on Sunday afternoon, a group of police officers armed with machine guns piled into Norwood Road, in{...} 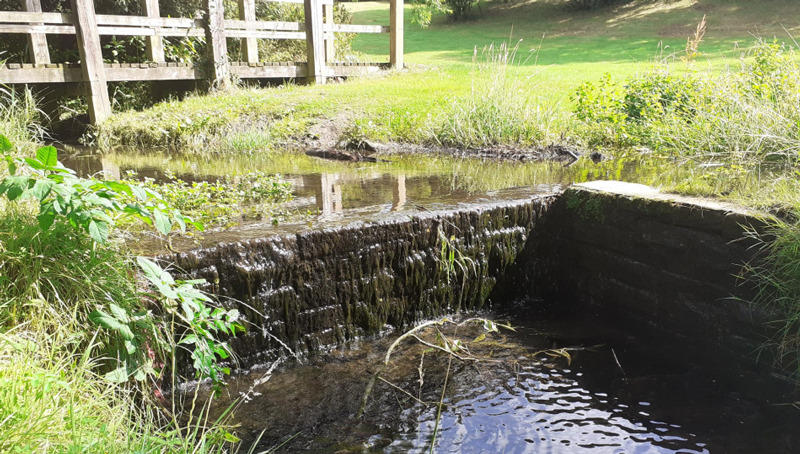