FOOD allergies can be life threatening for those who suffer with them.

But one woman suffered an allergic reaction – despite not actually consuming the food she is allergic to.

OnlyFans model Lucy Banks revealed that she suffered significant itching and swelling after having sex with her partner.

The 20-year-old has a peanut allergy and her partner had consumed nuts.

Lucy was struck with a seminal food allergy, which is a rare condition whereby traces of foods and medicines can end up in sperm.

Posting to TikTok she said she had no idea that she could have a second hand reaction. 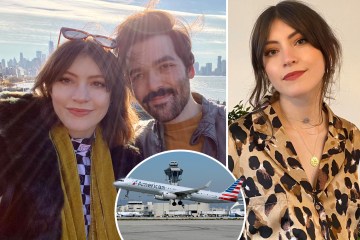 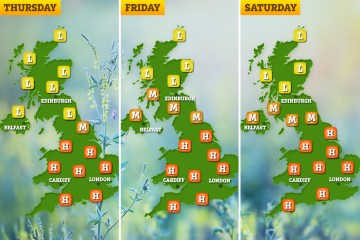 She explained that her partner had taken all the precautions before they had sex to make sure the nuts were not passed on.

“I had never heard of food allergens transmitting and negatively affecting partners through ejaculation before,” she said.

“Those with minor or moderate allergies most likely won’t notice anything, but if you have a severe anaphylactic reactions to certain foods, then I would take special precautions with your partner to make sure they have not eaten anything that could trigger a negative , and possibly serious, response “, she said.

The key signs of food allergies you need to know

Symptoms of a food allergy develop in the first few seconds after eating a food.

The NHS says the key signs to watch out for include:

The Daily Mail reported that the TikTok video has since been taken down after wracking up millions of views.

The model is estimated to make over £ 46,000 a month on OnlyFans and said she had to waddle into the pharmacy after the reaction.

She said the pharmacist struggled to take her seriously and had to ask for help from other colleagues.

Lucy added that her boyfriend had eaten a trail mix before they had sex: “He had eaten peanuts earlier that day, and it transferred to me.

“I did not realize at the time that this was possible.”

Medics have previously addressed a link between sperm and allergic reactions.

In a case report published in 2007, experts at the Department of Immunology at St Helier Hospital in Surrey discussed the case of a 20-year-old woman who suffered a sexually transmitted allergic reaction due to Brazil nuts.

Condoms had not been used as the patient was taking the pill.

The woman had a nut allergy and her partner had eaten them around three hours before they had penetrative sex.

The patient had never before had a reaction this way and was left covered in hives.

Medics explained that allergic reactions that occur after sexual intercourse could be down to seminally transferred food proteins in people who have allergies.

The case looked only at nuts, but the experts added: “It would be interesting to see if other food proteins may be secreted into semen and present a hazard to sexually active individuals with a significant food allergy.”

Do you have a story for The Sun news desk?