It’s not that Hutton John is imposing, or larger-than-life, or anything like that. He’s calm, almost whispering at times, but listening to him offers a sense of assurance — both in him and his vision for his restaurant Caribbean Haven. He’s sure, for example, that his strip mall establishment is Ventura’s best restaurant, and that’s only possible because of who John is. His Guyanese family, his years as a seed scientist overseeing laboratories across America, and his absolute belief that the best Caribbean food you can find now is not in Los Angeles — it’s an hour north.

“I knew that if I was going to start something, it wasn’t going to be in LA,” says John, sitting behind a heavy wooden table in a sunny corner of his restaurant. “There’s too many mediocre Caribbean spots. My food needs to stand out not just for me, but for the world. So, I figured, why not Ventura?”

Ventura, a city just north of Los Angeles County, boasts a population of 100,000 and sits in the shadow of some of the area’s wealthiest zip codes — places like Hidden Hills, Calabasas, and Montecito. Despite its somehow enduring reputation as a sleepy haven for surfers (or worse, a pit stop on the way to Ojai), the city has its own vibrancy and is in love with the kind of unpretentious, flavorful food that Caribbean Haven does so well. “My mom is a lifetime cook, chef, whatever you want to call her,” John says. “She taught me everything I know. She works in food service for the Department of Corrections. My sister does the same thing, my brother ran a restaurant for a little while in Miami. I mean, I am from a food family, man.”

After several years in the Midwest working for what was then Monsanto, John took a job offer that landed him in Ventura. The sun was appealing and so was the access to Los Angeles, its Caribbean food was lacking heavily. “There was no Caribbean food here,” he says simply, save for a single restaurant in downtown Ventura that eventually closed. So sautéed callaloo, curry rasta pasta, braised oxtail, jerk chicken, curries, and roti either had to come from an hour away or be made at home.

Home-cooked meals turned into catering and then, in 2017, into Caribbean Haven, a place for John to serve an eager audience. He chronicled the entire opening process on Instagram to 50,000 faithful Instagram followers, a mix of locals and New Yorkers, as well as family and friends, all rooting for him. When it opened, lines were long.

By 2020, the restaurant barely earned enough to pay the bills

“Look, I’m a guy that plans,” says John. “This success you see right now, it happened way before I opened up the restaurant.” The opening was a spectacle, with John and a friend fielding an overwhelming amount of orders for slow-cooked greens with a rich Indian backbone thanks to dhals and channa curries and Trinidadian stewed tomato choka. His blackened chicken and tofu dishes were refreshing for Ventura’s comfort Mexican and American food crowds, and his dense roti wraps proved to be a hearty fan favorite. And who doesn’t love coconut shrimp?

The early growth was startling, even for him — as was the eventual leveling off and decline that most new restaurants go through as they settle in. The early numbers had been punctuated by first-timers and fans, but it was price-conscious locals and repeat visitors who John needed to keep the business going. By 2020, though, the restaurant barely earned enough to pay the bills. “Let’s be real,” says John, “this is not sustainable.”

By the time the pandemic hit, John was already a month behind on rent. Ironically, he saw that as a win. “I thought it would buy me some time,” he laughs. “I’m a positive guy: I bet on me.” He was right to do so. The landlords remained at bay long enough for John to score a $10,000 grant and a city contract to serve homebound elderly residents in Oxnard. “When COVID happened, all you had was your house,” says John. “And you don’t want to order no shitty food to your house. Who has the best food in this county? I do.”

Then came the Buy Black movement that emerged in the aftermath of George Floyd’s murder in Minneapolis and summer 2020’s subsequent anti-police brutality protests. “My revenue during the Buy Black movement? It cannot be matched,” says John. “Even now. The courthouse for Ventura is right there. They were protesting right down there. I was busy as a mug. Lines all the way out.”

In would come a new customer, and out would go a plate of yellow curry pasta topped with grilled chicken, bowls of braised oxtail stew with slow-cooked rice and peas. There are seafood skewers and tofu options for the vegans, as well as salads, wings, and a hot box stuffed with Jamaican-style patties.

Within months, John had turned Caribbean Haven into a powerhouse. Brokers, eager to flip unused spaces during the pandemic, began calling, and soon John had locked up second and third locations in Thousand Oaks and on the Oxnard waterfront. The former has been beset by pandemic slowdowns and construction delays; the latter is opening at the end of this month as an upscale full-service restaurant, complete with cocktails and sunset views. It’ll be called the Haven at Whitesails, and is just one part of what John describes as “a plan to take over the world” with restaurants, kiosks, and fast-casual spots across the country. It might seem odd to bring that kind of branding to Oxnard, but John swears that he’s got it all mapped out.

“We start here,” he says. “Then we conquer LA, we conquer New York, Miami. Because I know what I’m offering, everybody is going to love.” Spend enough time sitting with John at his first location, that simple strip mall starter, and it’s hard not to agree with all of it between bites of jerk chicken and curry goat. If John can do all this from Ventura, is there anything he can’t do? 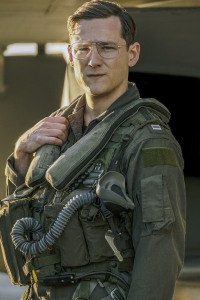 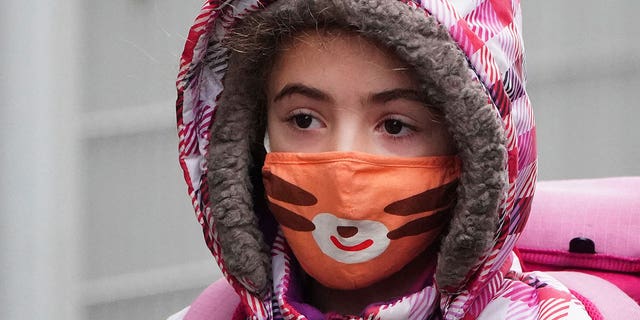