Inflation has become one of the major problems of our time. The United Kingdom is the highest in the G7, with a weight of 9% per year according to the latest figures on consumer price inflation.

When you look at the other common measure of prices, retail price inflation, which adds mortgage rates into the equation and is also calculated slightly differently, it is even higher at 11%. This is important because RPI is used to raise prices across a range of goods, from train tickets and mobile phone contracts to student loans.

The question of why inflation is so high is well rehearsed. The initial impetus came from greater demand, but it is being further driven by supply problems.

On the demand side, quantitative easing (QE) during the pandemic – where central banks “created money” to help support the economy – has increased the amount of money in the system by more than 20%.

When the lockdown ended, this helped to ensure that there was an accumulated demand for goods and services: Retail sales increased, for example. with over 20% year-on-year in May 2021 and reached another peak of almost 10% in January 2022. At. at the same time, the demand from companies helped drive huge price increases for important industrial raw materials such as copper and steel. In addition, oil prices rose by approximately 67% in 2021 and a further 20% in 2022 to date.

Increased demand has collided with constraints on the global supply chain from social distancing, self-isolation rules, and renewed shutdowns in China (even Ever Given is stuck). As a result, the cost of shipping goods is about 35% higher than the pre-pandemic high (and over 700% higher than its low). And all this is before we discuss the war in Ukraine.

The response from the Bank of England has been to raise the overall interest rate from 0.1% to 1% and stop QE. A tightening of monetary policy is affecting demand as interest rates on many debt repayments rise and borrowing costs rise. As a result, the GfK UK consumer confidence index is at -40, a historically low level (when the figure is positive, it means consumer confidence is high).

This combination of higher interest rates and higher prices has increased the likelihood of a recession. This is partly due to the fact that rising interest rates discourage companies from investing. But there is also another problem with deterring investment: it is part of the long-term solution to our inflation problem.

This is linked to the UK’s long – term problem of productivity: in other words, how much each worker produces. UK productivity is growing, which you would expect as technology brings improvements, but growth is less than the growth of key international competitors such as the US, Germany and France.

While the growth rate has returned to pre-pandemic levels following a dive during the shutdowns, it is still slower than in the years before the global financial crisis of 2007-09. A PwC report from 2019 highlights that annual growth in UK productivity was 2% in the ten years to 2008 and 0.6% in the ten years thereafter, with a productivity gap of around 10% for Germany and over 30% for USA.

Why does productivity matter to inflation? When a workforce is more productive, it produces more goods and services and at a lower cost per capita. unit. This means that there is a greater supply of these things, which pushes prices down and is therefore associated with lower inflation.

How do we increase productivity? One important way is to invest more, but this has been a weakness in the UK. Business investment fell in 2016 after the Brexit vote, fell with COVID-19 and remains almost 10% below the 2019 level. The nation’s investment expenditure as a share of GDP (16.7%) is poor compared to the US (22.5%), Japan (25%) and the EU (24.3%). This is despite evidence that UK companies have £ 140 billion in cash and have a backlog of accumulated projects.

What can be done

The question is how to encourage companies to unleash this investment potential. The government plans to increase the overall corporation tax from 19% to 25% by 2023, which is not going to help and it should probably be scrapped. To further encourage investment, there is also a need for more generous rules on tax breaks, including the extension of the “super-deduction” introduced two years ago, which could reduce corporate tax bills by 25%.

In addition to encouraging companies to invest and expand, the government needs to encourage people to start new businesses. For example, the UK has lost three quarters of a million self-employed workers since February 2020.

To encourage more start-ups, the UK government, decentralized administrations and councils need to come together to develop strategic plans for different regions. This includes better use of universities as local hubs for expertise and the development of clusters of similar companies based on local specialties that can help each other by sharing equipment and collaboration. Plans exist, but must be implemented; level up must be more than a catchy slogan.

Public investment must be part of the picture. This includes in particular education, both in school, where upgraded facilities are required to ensure that young people are fully educated in the latest technology; and for over 18 years with a clearer balance between university and apprenticeship.

Getting east to west is getting significantly easier in London thanks to Crossrail, but remains winding elsewhere, whether it’s from Leeds to Manchester or Edinburgh to Glasgow. Faster transport connections improve the mobility of goods and labor, while truly upgrading internet connections (full fiber and 5G) improves connections when travel is not necessary. Both improve productivity.

Inevitably, these types of interventions involve additional expenses. But this must be seen as a long-term solution. After World War II, government debt was well over 200% of GDP and it took 50 years to be paid off. The same time scale can be considered now.

British Chancellor Rishi Sunak has talked a lot about the need to unlock investment and increase productivity, but there are still very few details on what the government intends to do. There are plenty of economic benefits to raising productivity, but bringing inflation down is one that everyone seems to have missed.

This article is republished from The Conversation under a Creative Commons license. Read the original article. 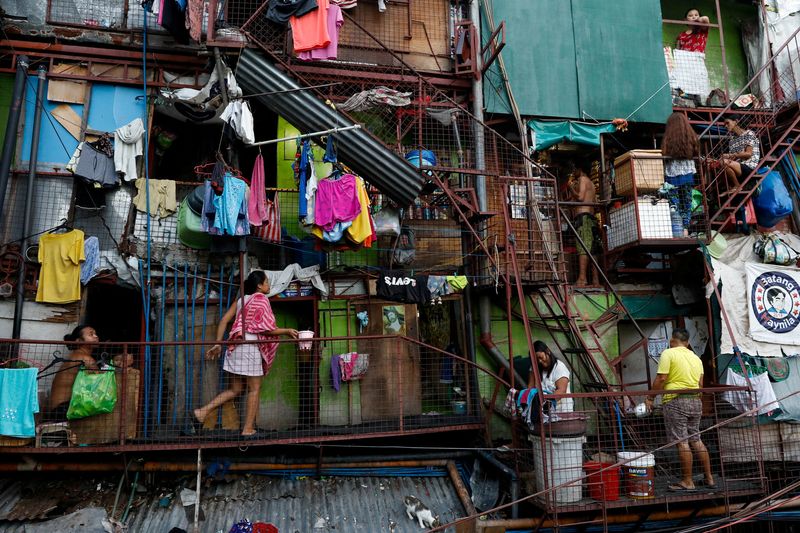 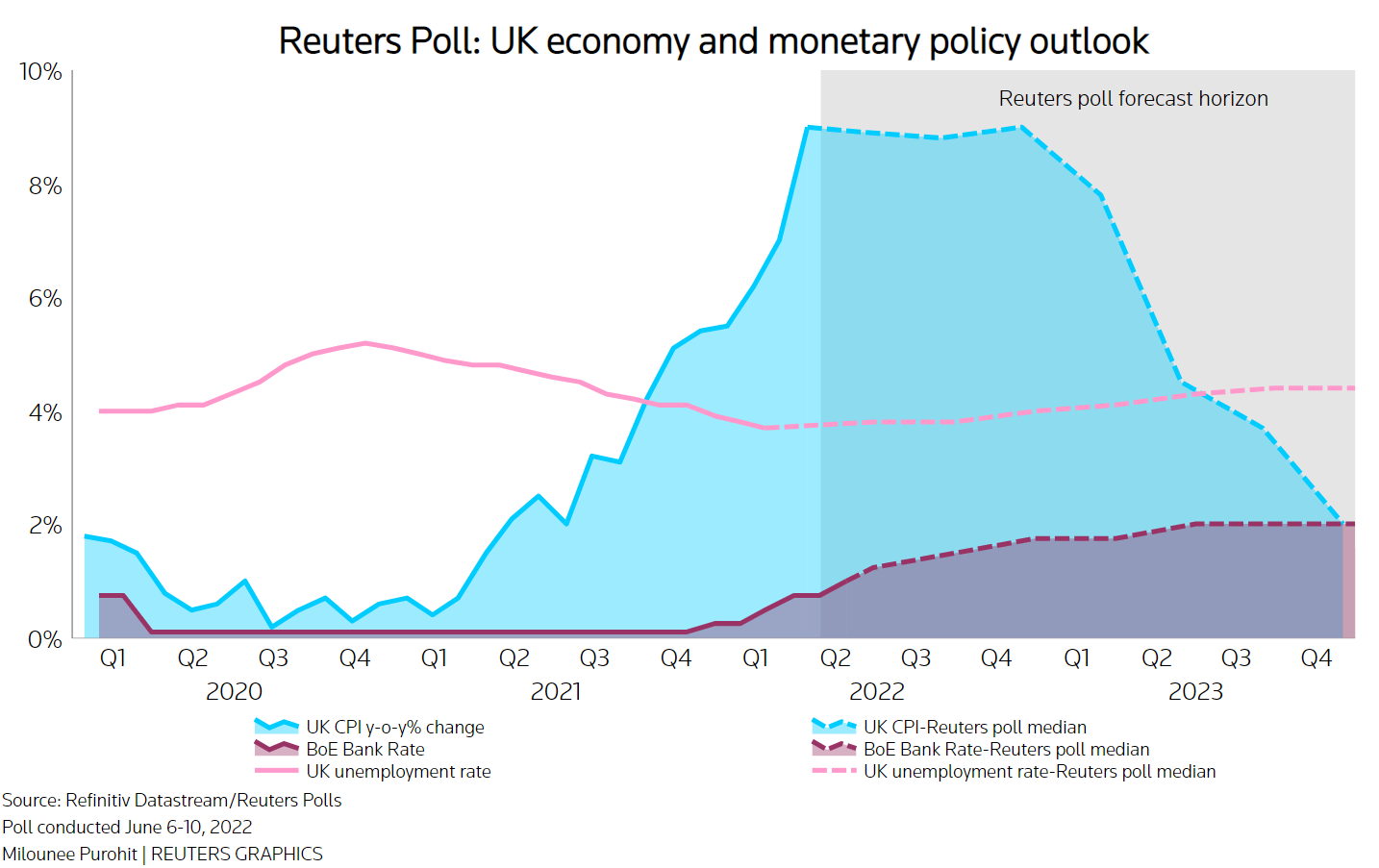 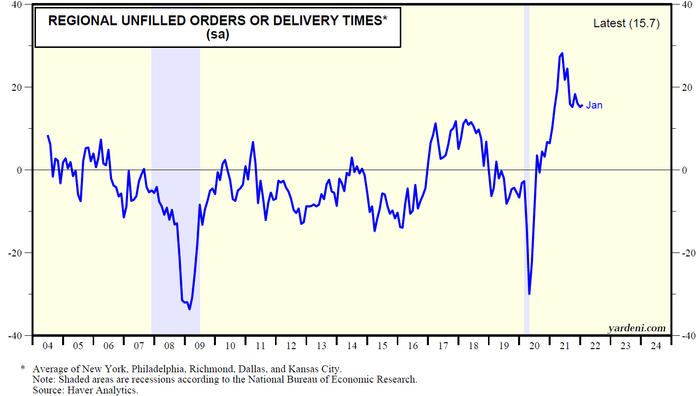 Business News
Opinion: Inflation fears are overblown – five reasons why you need to buy the dip in stocks