A major housing association has teamed up with researchers from Kew Garden to improve biodiversity in a new development in west London. 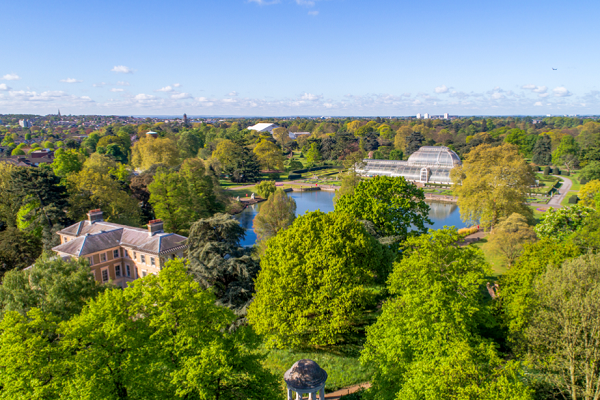 Researchers from Kew Gardens are being called in to develop landscape proposals for a new development in west London (photo: Getty)

Developers Mount Anvil and Peabody, who are jointly developing the Watermeadow Court scheme in Fulham, have announced plans to work with the Royal Botanic Gardens in Kew to shape the scheme’s landscape proposal.

Before Mount Anvil and Peabody joined the scheme, the 1.3-hectare plot close to the Thames was granted planning permission for 218 new homes, 36 of which will be considered affordable housing.

The planning application for the site is currently being revised to bring the number of affordable housing up to 50%.

According to Peabody, Kew researchers will provide expert advice on plant species and habitat creation to support a diversity of pollinators and other animals, maximizing the biodiversity value of evolution.

As part of the partnership, the Royal Botanic Gardens team will also educate young people from the district about the importance of biodiversity and combating climate change.

The partnership will also provide funding for a budding scientist’s annual internship at Kew Gardens.

Dick Mortimer, Director of Development and Sales at Peabody, said: “Our shared vision with Mount Anvil goes far beyond just creating affordable housing – we want to develop inclusive communities designed to promote well-being and social cohesion, and landscaping plays a big role. role in this.

“We are extremely grateful to the researchers at the Royal Botanic Gardens, Kew, who have really been behind this project, and we look forward to creating something that will be enjoyed for generations to come.”

Dr. Hauke ​​Koch, head of research at the Royal Botanic Gardens, Kew, said: “It’s crucial that we do everything we can to improve green areas in cities, and this project provides the opportunity to create new biodiversity urban environments that will flourish over the years, while educating budding young scientists and community members. ”