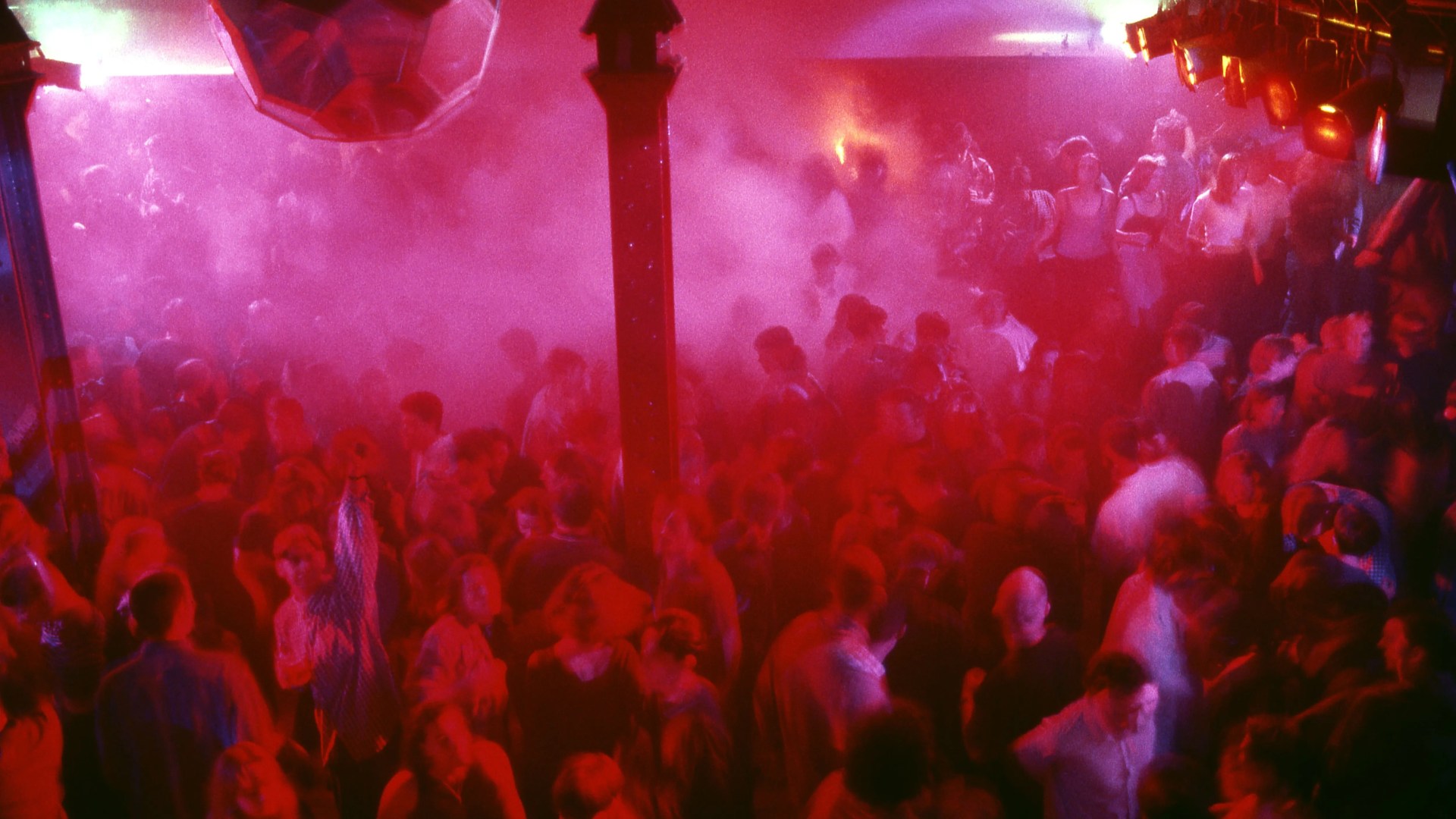 IT was the legendary home of sex, drugs and acid house in the Eighties – but the true legacy of The Haçienda is only being realised now, 40 years after it launched.

A new BBC Two documentary tonight shows how the Manchester nightclub, which ran from 1982 to 1997, not only changed the attitudes of a generation but launched a whole new chapter in music.

The legacy is still with us thanks to stars such as Noel Gallagher, who was inspired to form Oasis after watching bands like The Smiths, also from Manchester, on stage at the club.

Speaking on the show, Noel said: “The first time I went to The Haçienda would have been after I left school in 1983, and I was so much into music and bands and was like, ‘There’s this band playing there, I’ve got to go and see them’.

“They were great. They’d come straight from Top Of The Pops to do it. The Smiths gigs, as I remember them, were all a vibrant celebration.

“Before, you watched Top Of The Pops and there was no one on there from Manchester. 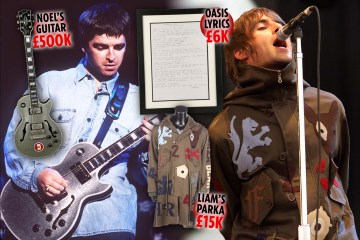 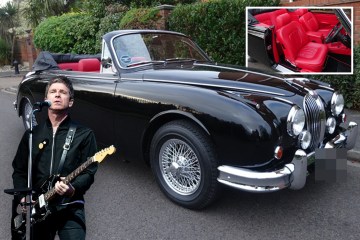 “F***ing Marc Bolan in a feather boa — we don’t have any of those round here.

“But they made it seem like you could sing in your own accent and wear your own clothes and be yourself and still get somewhere.

“It made it seem not that far-fetched that you could be a successful band.”

That was the plan put in action by Noel and younger brother Liam — both born and bred in Manchester — when they formed Oasis in 1991 and went on to become one of Britain’s biggest-selling groups.

There was no mistaking the hellraising edge they brought.

It was the same edge that came with all the “Madchester” music acts that emerged at the time, ranging from Happy Mondays to The Stone Roses.

They all boasted a trippy, rebellious vibe, born of hedonistic playground The Haçienda — created in an old canalside warehouse and former yacht showroom.

Noel, 55, recalled: “The first thing about The Haçienda is if you were going, you had to find the place first because the sign on the front was about the same size as a packet of kingsize Rizlas.”

The new docu — The Haçienda: The Club That Shook Britain — explains how the place wanted to attract a niche crowd, not thugs looking to harass women or end the night with a fight.

On its opening night in 1982, X-rated Manchester-born comic Bernard Manning performed, saying later: “I’ve played some s**t-holes during my time . . .”

This policy contributed to it being empty for most nights in the early years — until house music boomed.

Suddenly, it became about the shared experience of dancing and, of course, drugs.

As well as attracting acts on stage, it became the home of electronica and DJ-ing — and along with that came a crowd high on Ecstasy.

“We had to really keep an eye on her because there were cans flying and stuff.”

Suddenly, a new wave of Mancunians discovered the joys of electronic dance music — including Noel, who still recalls the first time he heard house tracks there.

He said: “I don’t think I’d ever danced in my life — and then my foot was tapping and it was like, what the f is going on?! Hang on a minute! And before you know it . . .  I was never into dance music or electronic music or anything that wasn’t played on a guitar — but musically it opened me up to everything.”

Talking about New Order anthem Blue Monday, he added: “I had the original 12in when it came out.

“The club even made me see girls differently. I don’t think I ever had girls as friends until after that — and now I’ve got fing too many of them.”

Even today, Noel attends Haçienda tribute nights in the city, travelling up to Manchester from his home in London.

The Haçienda opened clubbers’ minds to everything.

Class, race, sexuality, gender — none of these markers mattered when the music was pumping.

When the lights came on, the loved-up punters took their new worldview and applied it to their daily lives.

The club also gave Manchester — one of the worst-hit centres of post-industrial decline in the Eighties — hope of regeneration.

It was established, with Factory Records, by the late Granada TV presenter Tony Wilson and the band members of New Order, who were well-off thanks to the success of their previous band, Joy Division.

It attracted the hard-partying crowd — including one of the best-known bands of the Madchester music era, Happy Mondays with wild-living singer Shaun Ryder and maracas man Bez.

Talking on the docu, Shaun said: “The ‘E’ thing affected everybody’s experience at The Haçienda — it was 90 per cent of the fing club.

“The whole politics of the country got changed because of the E scene — nobody would settle for going home at 2am now.

“People would head to a service station and keep partying, or bust into a warehouse.

“I mean, The Happy Mondays, we probably didn’t go home — apart from the occasional shower — for about five or six years. It was one constant party. Bez still hasn’t been home since 1989!”

They were not the only famous faces who popped up on dancefloor.

Spice Girl Mel B, who lived in Leeds, would regularly party there, and Take That’s Howard Donald, himself a Mancunian, was seen busting moves.

The club gained a huge profile boost when the Channel 4 music show The Tube, hosted by Paula Yates, filmed an episode there in 1984.

ITV dance music show The Hitmen And Her also dropped by, and hosts Pete Waterman and Michaela Strachan were somewhat taken aback by a crowd as high as kites while being broadcast on national telly.

But clubbers at The Haçienda were too cool to care much about celebs.

Even when Madonna performed there as a rising star, on The Tube, she failed to get the rapturous reception she might have thought herself entitled to.

DJ and talent booker Mike Pickering, who formed the Manchester band M People in the Nineties, said: “She came on and she was just dancing, really, and in those days in Manchester people did not like people miming.

“We had to really keep an eye on her because there were cans flying and stuff.”

Leroy Richardson was working on the bar when Madonna arrived with her entourage.

He said: “I remember having to take ice to her dressing room.

“Most people would be like, ‘Thank you’. But [with her] it was scowls and, ‘Who are you? What are you doing?’. It was like, ‘We have a superstar here’. She knew it but I don’t think anybody else did at the time.”

But the attention brought to the club, and the subsequent Madchester scene, also brought the problem of gangsters moving into the venue — lured by the prospect of dealing drugs.

So the management came up with a clever idea, which initially worked — they started staging huge gay nights there to scare away the mobsters.

The result was Flesh. It was a very different kind of hedonistic night at the Haçienda, that ran from 1991 — and proved so popular that organisers had to filter out heterosexual people at the door who might not like what they saw inside.

“Before that point people didn’t want to go to gay clubs — and we got to the point where so many straight people were wanting to come, gay people were complaining they couldn’t get in.”

Sadly, the club went on to die a slow death until its closure in 1997.

Growing fears about drugs following fatalities, a government clampdown on rave culture, and copycat superclubs across the country had all taken their toll.

But Noel sums it up perfectly. He said: “The first spark of the match is the exciting bit and then it’s, ‘How long is the flame going to burn?’ — and it’s just a fact of life that things get s**tter the longer things go on.

“But, truly, one f***ing term describes that time: It was amazing.” 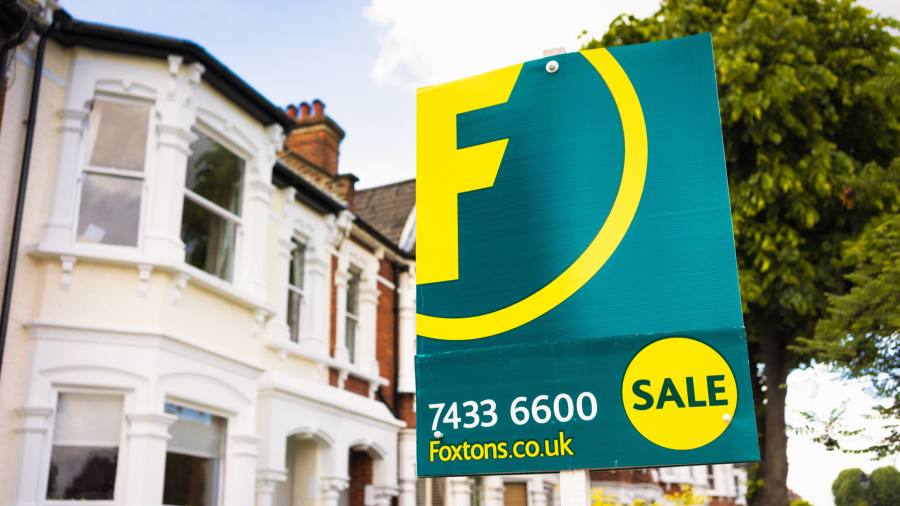 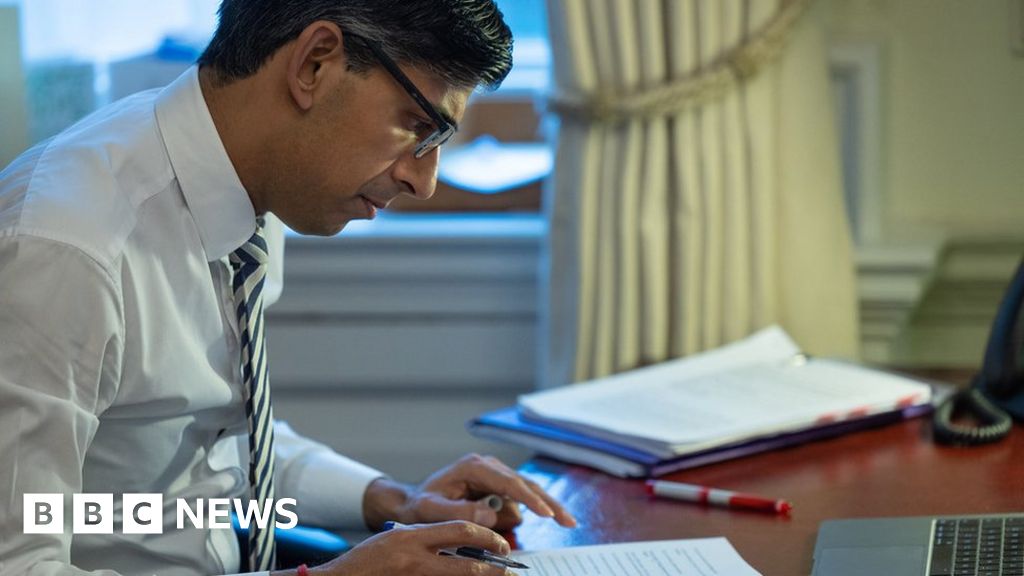 Judicial reviews have been used to successfully challenge decisions made by the government and other bodies in key areas. Here{...}