The UK’s largest celebration of Irish film is back with a bang, as the Irish Film Festival London announces the programme for its 11th edition, inviting audiences to join the festivities across West and Central London this November.
IFFL 2022 returns to Hammersmith’s Riverside Studios for many events this year, but also takes up residence in some new, West End venues, bringing the festival closer to the heart of the city. With screenings taking place at Vue Cinemas in both Piccadilly and a glamorous opening night promised at Vue West End, in the heart of London’s Leicester Square.

Screenings will also take place at the brand new art-deco Garden Cinema in Covent Garden and Bloomsbury’s Bertha Dochouse, nestled in the Curzon Bloomsbury, while the festival’s mainstay awards ceremony will once again return to the Embassy of Ireland in Victoria.

Maintaining the model which has allowed the IFL team to reach global audiences since 2021, additional screenings will also take place online through a dedicated festival screening platform.

The festival opens on Wednesday 16th November with its opening gala event – a special preview of Frank Berry’s Aisha, starring Black Panther’s Leitita Wright and The Crown’s Josh O’Connor – Aisha is a social issue drama tackling the Irish phenomenon of hotel-based housing for refugees known as “direct provision”, which often results in individuals and families becoming stuck in limbo for months or years on end. Letitia Wright plays the titular Aisha in the film. Director Frank Berry has previously delivered hard hitting dramas such as Michael Inside, dealing with teenage incarceration and documentary Ballymun Lullaby, set on the Republic of Ireland’s only high-rise housing estate. The festival are pleased to welcome the film’s director Frank Berry to a post screening Q&A at Vue Leicester Square on Wednesday 16th November.

The festival’s Closing Gala is the latest Irish-language film to be released in Irish cinemas, Róise & Frank. Directing duo Rachael Moriarty and Peter Murphy bring us a shaggy dog story which follows grief stricken Róise (Bríd Ní Neachtain), who has distanced herself from the world around her, and those dearest to her. Change is on the horizon for Róise when a stray dog follows her every move. Is it uncanny, the interest shown by the dog in Frank’s possessions, or is there a message behind it all?

The film’s directors will join the festival for a post-screening Q&A on Sunday 20th November at Riverside Studios.

Aisha and Róise & Frank join a line up that also includes special, talent-led previews of Cannes Film Festival winner Aftersun, from debut director Charlotte Wells, featuring Normal People’s Paul Mescal. Aftersun is seen through the eyes of Calum (Mescal) and his daughter Sophie (played by incredible newcomer Frankie Corrio) in a film which explores memories real and imagined, filling the gaps between as Sophie tries to reconcile the father she knew with the man she didn’t. The film will enjoy a widespread release after this preview screening, which hopes to have talent in attendance, subject to some very busy schedules.

Documentaries at this year’s festival include titles selected from across the spectrum of Ireland’s creative documentary landscape. Selected films include North Circular, from director Luke McManus, exploring life for people on Dublin’s North Circular Road through the music that connects them; Million Dollar Pigeons from Gavin Fitzgerald – an incredible look at the global sport of competitive pigeon fancying, where birds really do sell for upwards of a million dollars; How To Tell A Secret from directors Anna Rodgers and Shaune Dunne, which combines traditional documentary techniques with performed readings of testimonies from HIV positive individuals in an effort to tackle the stigma which still surround the disease. There’s a new offering from Mark Cousins in the form of a collaborative film titled The Ballad of a Great Disordered Heart, exploring the very specific Irish connections in Edinburgh’s Cowgate area, and the traditional Irish music which connects the Scottish-Irish community there.

Also included is brand new documentary Paul Muldoon: Laoithe is Lirici (Paul Muldoon: A Life in Lyric and Song), which explores the poet and songwriters life and work through performances by some of Ireland’s most loved names, including Stephen Rea, Van Morrison, Bono and The Edge, Ruth Negga, and many more. This title will enjoy its UK premiere at IFFL, coming directly from Cork International Film Festival the day before, with director Alan Gilsenan confirmed to take part in a Q&A.
Narrative films included in the festival programme include Dónal Foreman’s playful look at Irish mythology through the eyes of a foreigner in The Cry of Granuaile, featuring Dale Dickey (A League of Their Own) and the UK premiere of hilarious Dublin set comedy Bicycle Thieves: Pumped Up, as well as a family matinee screening of classic Irish film War of The Buttons, which will include the festival’s usual craft workshop courtesy of Kabutar Arts.

The festival programme also includes some recent favourites, like a special retrospective screening of Martin McDonagh’s In Bruges, in celebration of the release of McDonagh’s new film The Banshees of Inisherin, which reunites Brendan Gleeson with festival patron Colin Farrell.

There’s also Irish language breakout hit An Cailín Ciúin (The Quiet Girl), which was the winner of the festival’s Audience Choice selection, which asked IFL audiences to choose from a shortlist of three titles: other titles included Kenneth Branagh’s Belfast and last year’s opening night film Arracht (Monster) which played to a sold out audience.

IFFL 2022 also features some exclusive online content, including the Limerick set documentary Out of Place from director Graham Patterson. Featuring performances from Denise Chaila, God Knows, Hey Rusty, His Father’s Voice, MuRli, and Post Punk Podge & the Technohippies, Out Of Place is an intimate portrayal of a local music scene, capturing the incredible diversity of cultural activity happening in Limerick City. Available as part of the online programme, it will be possible for viewers far beyond London to watch this exciting new documentary throughout the festival period.

Gerry Maguire, Director, IFFL, commented on this bumper programme of Irish film: “2022 once again offered us an incredibly strong showing from Irish filmmaking talent, so we’re truly excited to bring it to audiences across the West End and West London for our biggest event of the year. As Irish film continues on its upward trajectory, IFL is the premiere destination for Irish film experiences for audiences in the city of London and beyond.”

Live Performances
As well as a bumper film programme, IFFL 2022 also features some special live performances, thanks to funding received from Arts Council England. This includes live music, a spoken word performance by South London artist Ragz CV, and even a special dramatic performance taking place during one event at Riverside Studios.

The festival will screen a special theatrical presentation of Northern Irish documentary The White Handkerchief, created by directors Vinny Cunningham and John Peto, which covers the journey taken during creation of a play by the same name by Derry based playwright Kieran Griffiths of The Playhouse. The play was created to mark the 50th anniversary of the Bloody Sunday massacre – a milestone which all involved felt required an incredibly sensitive portrayal.

At IFFL 2022 the documentary on the making of The White Handkerchief will screen with a special performance of key scenes from the play itself, as well as an in person discussion with the film’s directors and playwright Kieran Griffiths.

Part of Irish Film London’s mission is to support Irish filmmakers from the beginning of their careers, and this year’s line-up includes an incredible twenty seven short films from excellent emerging filmmakers, alongside some of Ireland’s better-known cinematic talents. This year’s short films will be screened at Covent Garden’s brand new Garden Cinema.

There’s also a number of films from the increasingly popular Actor as Creator scheme – a project from Dublin’s Bow Street Academy. Selected projects from that scheme include Dash by Rory Fleck Byrne, Ghost Light, directed by Aaron Monaghan, and Cleaner by Edwin Mullane.

Screen Ireland supported titles include Above The Law by Bryony Dunne – a short documentary with a literal birds eye view of immigration; Bad Boy Buck, from director James Fitzgerald, which stars Diarmaid Murtagh as a farmer whose attempts to hide a one night stand from his family drives him to breaking point; and James Joyce adaptation An Encounter by Kelly Campbell.

Northern Ireland Screen funded films include Ruthless by director Matthew McGuiganm which has toured extensively at European festivals; comedy An Irish Goodbye from co-writer/director duo Tom Berkeley and Ross White, which follows two brothers as they attempt to finish their dearly departed mother’s bucket list; and Yield, from BAFTA winning and Oscar nominated production company Out Of Orbit Films.

There’s also Nothing to Declare – the award-winning and hilarious true story of two lads from Dublin who somehow managed to run away from home and end up on a flight to New York.

IFL’s Shorts programmer, Madeleine Casey, said: “We are delighted to be bringing you a bigger than ever selection of short films this year, half of which are once again by women directors. It is exciting to be screening all three programmes at the beautiful new Garden Cinema in Covent Garden. The standard of films submitted was incredibly high, making selection very hard, but we are confident that we are bringing you new or seldom heard voices, unique stories, and astounding moving imagery. Come and see these absolute gems.”

As ever, the Irish Film London Awards returns this year to the beautiful setting of the Ballroom of the Irish Embassy on Monday 21st November. The awards honour world-class Irish feature films, shorts and documentaries, alongside Irish acting and filmmaking talent. Among the awards will be the annual Ros Hubbard Award for Acting, which identifies the performance of the year by an Irish screen talent, as well as the much-coveted Súil Eile Award, awarded to a creative whose work has made an outstanding contribution to Irish film in the last year.

IFFL patron Lenny Abrahamson, who has previously been a judge for the Best Irish Short Film Award, said “The Irish Film Festival London is an amazing opportunity for younger filmmakers to get their work seen in a theatrical context in London. I think it’s a huge validation showing your work publicly in a space like IFFL affords. It’s such an enormously important aspect of your own creative journey, it’s that moment where you’re able to take yourself seriously.” 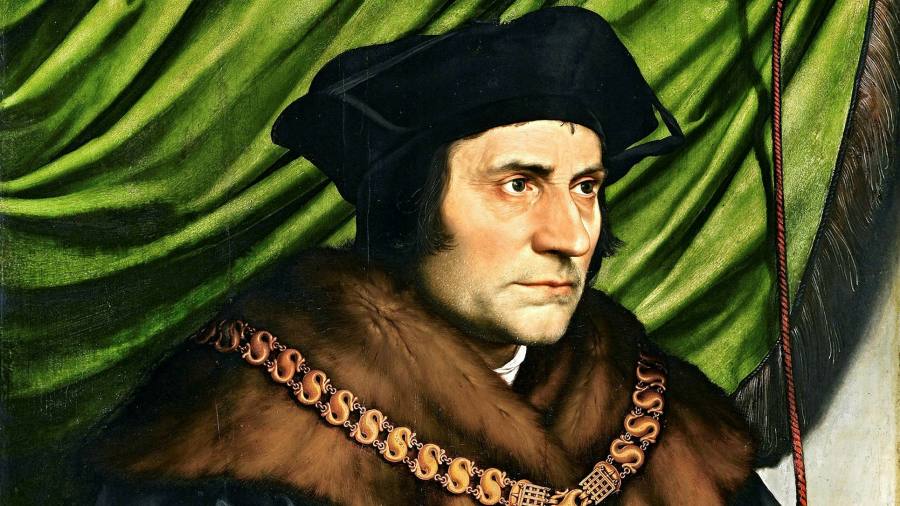 I hate the heat in Britain. It scorches the garden and activates old mental scars, burnt into me since the{...} 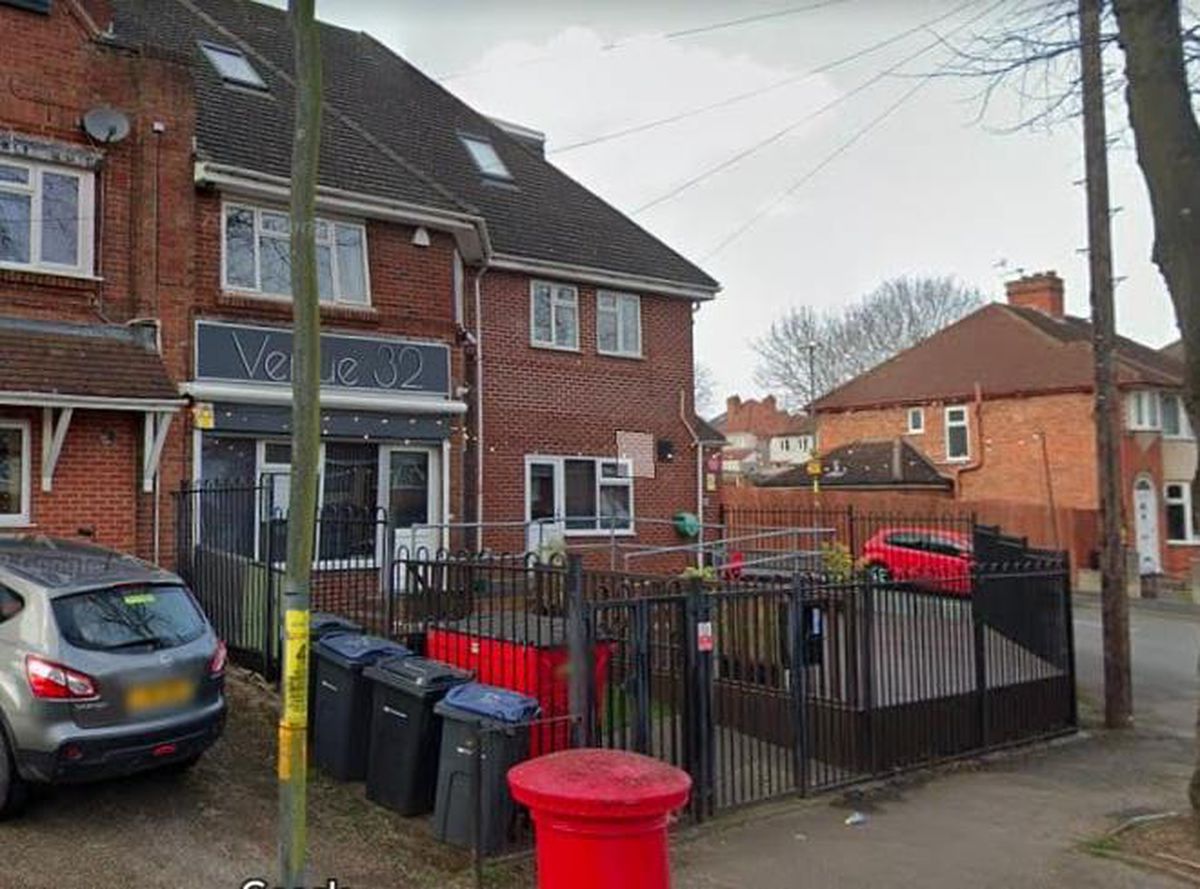 Venue 32, located on Bilton Grange Road, Yardley. Venue 32, in Yardley, has been granted a licence to trade alcohol{...}

China’s UK ambassador has urged British politicians not to “dance to the tune of the United States” and vowed “severe{...}