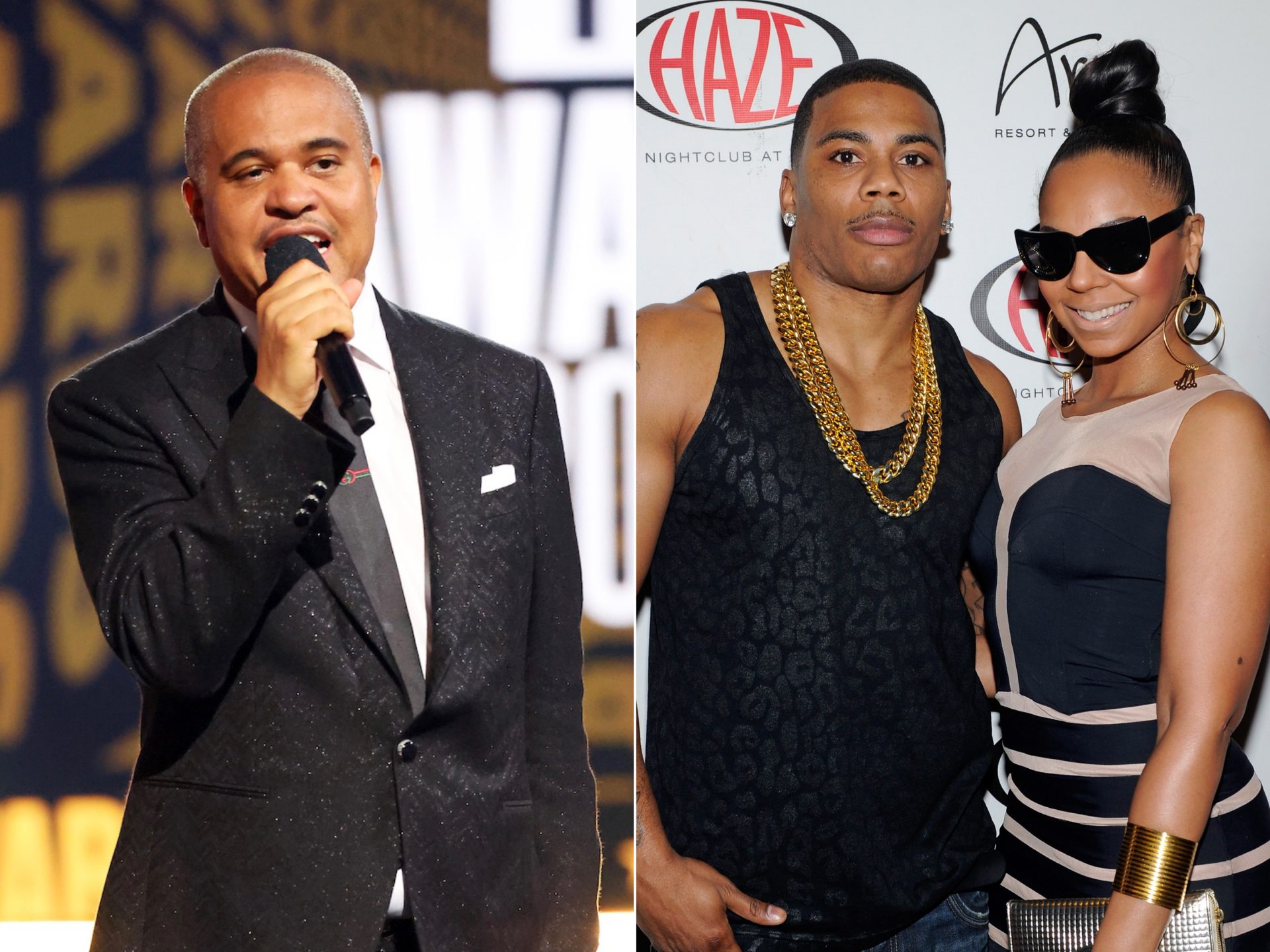 Irv Gotti and Ja Rule are the next guests to sit down and chop it up with N.O.R.E. and DJ EFN on “Drink Champs.” There is a lot of history when it comes to Irv Gotti and his Murder Inc. record label, and from the looks of the promotional clips that have been shared, it looks like Irv has quite a few stories to tell. Including the time he found out about Ashanti and Nelly’s past relationship.

Now we all know back then Ashanti was the princess of Murder Inc. when she arrived on the music scene. Although there was business between Irv and Ashanti, for years it has been rumored that there was also a moment of romance between the two. Neither one of them reflects on that moment in the present time, but it looks like Irv touches on the topic during his upcoming “Drink Champs,” interview.

“I could get past you wanting to be with Nelly. Listen, at the time it happens, any man is hurt. The chick you f**king are in love with is with this n***a.”

N.O.R.E. followed up and said, “Country Grammar,” which is, of course, Nelly’s 2000 hit single off of his debut album, which is also titled the same.

Irv then continued to explain how he found out about Ashanti and Nelly’s relationship. He explained that he was at home and as he turned on his TV to watch an NBA program, he looked and saw Nelly and Ashanti walk in together after hearing some commotion on the screen.

Ashanti and Nelly went on to have a relationship for at least a little past a decade before officially calling it quits around 2014.

In recent years things haven’t been great between Irv and Ashanti. As we previously reported, last November as Ashanti spoke about the importance of owning your masters, Irv accused her of trying to re-record her hit songs after saying he is the one who owns her masters.

Casting two of Hollywood’s biggest movie stars in Babylon’s lead roles made sense thematically, as well as financially. Pitt and{...}