‘It could have some negative pushback’: has extreme comedian Kim Noble finally gone too far? | Comedy

To interview comedians, you don’t usually travel to Belgium to attend festivals of Flemish culture. When speaking to them, you’re not usually distracted by a dead fox, prostrate on a table, intermittently swishing its animatronic tail. But this is Kim Noble we’re talking about. Obsessive videographer of his own life, professional cleaner and darling of Euro arthouses. “I don’t class myself as a comedian at all,” he says. “But I still have this inbuilt thing that I need to make people laugh.”

He’s certainly done so tonight – albeit to more of a performance art crowd than he may find in London. We’re backstage at the Campo venue in Ghent, where he’s been developing (for seven years!) Lullaby for Scavengers, the third in the trilogy that began in 2009 with Kim Noble Will Die and included 2015’s remarkable You’re Not Alone. Both shows honed Noble’s signature video-and-performance style, blurring life and art, depression and fragile hope, the tender and the (notoriously) repellent.

“But this show is very tame,” says Noble. That’d be easier to credit had I not just watched a show in which Noble reclines naked in a bath full of maggots, tries to snog his mum, and attaches a Heath Robinson fox alarm to his swollen gonad. And yet, for all its provocations (“for me, they’re just part of the jigsaw of the show”), Lullaby for Scavengers is a strikingly beautiful hour, as Noble struggles to live among humans as well as some unloved members of the animal kingdom (foxes included) and seems to question: who’s the real vermin here?

As in You’re Not Alone, the show is at its most stark depicting the 47-year-old discharging his last responsibilities to his dying dad. But it’s also a broody show, about a man “at that point where everyone I know has a partner or kids or a house, and I kind of don’t,” he says bleakly. “I don’t know what I have.” What he has is a maggot for a daughter, a dead squirrel retrieved from his attic and now co-presenting the show, and a job (guerrilla-videoed for our pleasure) cleaning for a major insurance firm – which “started as an art project then became the real thing”. With Covid wiping out much of his work, Noble now depends on cleaning for an income.

All of which might justify, you’d think, the depressive cast of his work. On the other hand, isn’t it hard to sustain the “I’m a loser” conceit when your work is being lovingly husbanded by the esteemed production house Campo, when your recent podcast was critically acclaimed, and when you’ve a two-week run at Soho theatre brewing?

“It’s weird because that doesn’t make any difference,” replies Noble. “I’m already worried about the show being over. I’m already like: that’ll be me done, totally.” His success, he argues, is built on brittle foundations. The 2020 podcast series, Futile Attempts (At Surviving Tomorrow), has not been recommissioned. One prominent UK festival pulled out of Lullaby for Scavengers, which Noble was “fucking livid about. But I think they didn’t have the facility to deal with something that could have some negative pushback. Which this show could.”

That’s what’s currently concerning Noble, an artist whose work, even before the advent of so-called “cancel culture”, often outraged audiences – for cannibalising the lives of those who appear in his videos, for its sexual explicitness, for presenting Noble’s real mental ill-health in ways that haven’t always felt safe. “My work’s a fucking can of worms,” he admits. “You open it up and where do you start?!” Whither such work, by a middle-aged white man no less, in an age when shows that seek to goad and provoke are badly out of fashion?

“I am a bit of an old white dinosaur,” says Noble. “And I do blame my lack of opportunities now on those shifting sands. But sometimes,” he adds, glumly, “it might be because the stuff isn’t very good.” And as for the current show? “I don’t think it’s as rude [as its predecessors]. But because expectation has shifted, it’s still caused a bit of a stir.”

I think audiences – audiences with strong stomachs, certainly – will love Lullaby for Scavengers. It’s made in good faith; it’s asking questions that – give or take the bathful of maggots – apply to most of our lives. And it also finds Noble a mite more at ease and less fragile onstage. “Before, I hated doing the shows,” he says. “Hated it. I didn’t want to do them. I wanted to do other stuff. But now I don’t have any other stuff, I’ve come to be a little bit more relaxed about it.”

Whether that will translate to success in his home country – where people still consider Noble a comedian, and where comedians’ words and actions are subject to fierce argument – remains to be seen. “Here in Belgium,” he says, “it’s a more theatre/experimental performance environment, where they’re used to people sticking things up their arses and being weird onstage. In the UK, who knows what’s going to happen?” 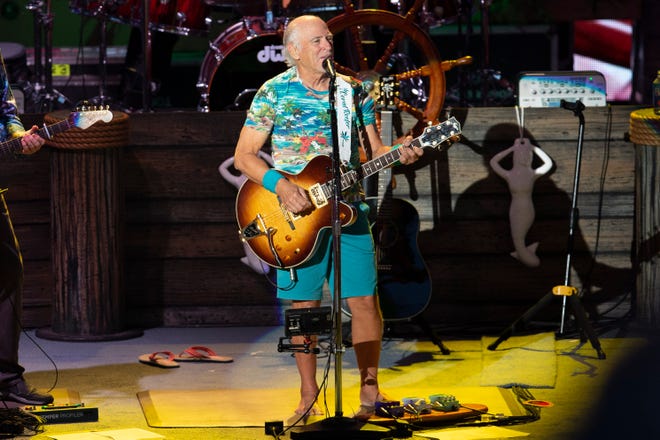 Just four hours before he was set to take the stage at Alpine Valley Music Theatre in East Troy, Jimmy{...}

This article contains spoilers from the Nov. 27 episode of The White Lotus Excuse us, we just need to pick{...} 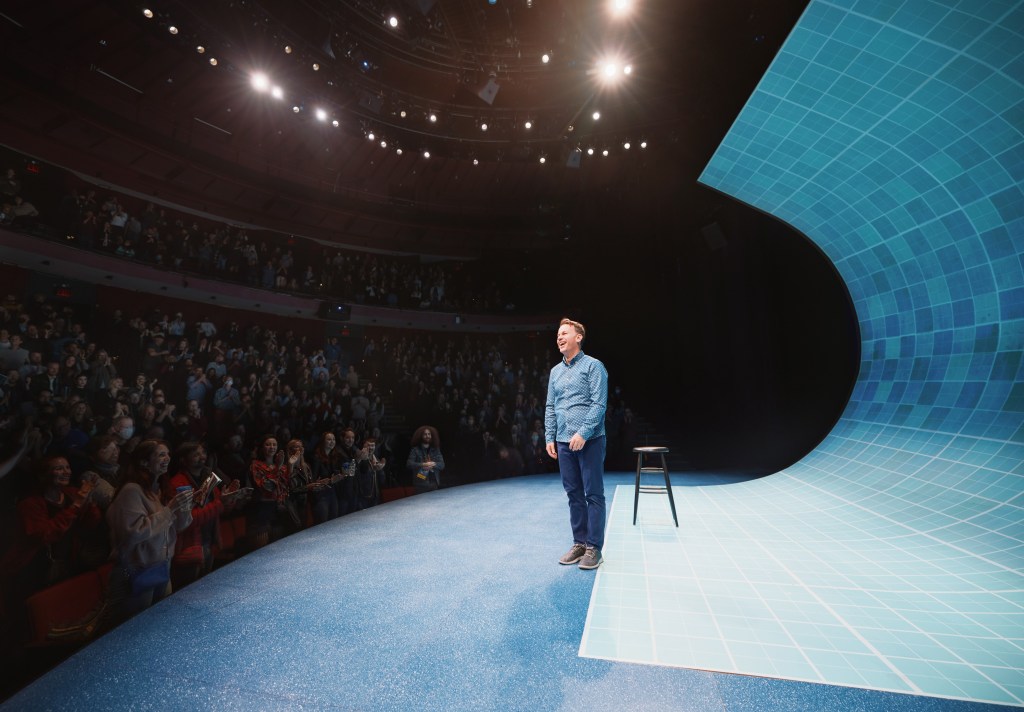 EXCLUSIVE: Comic monologist Mike Birbiglia has made an early Broadway splash with his new show The Old Man & the{...}