WASHINGTON — Despite desperate pleas from aides, allies, Republican congressional leaders and even his family, Donald Trump refused to call off the Jan. 6 mob attack on the Capitol, instead “pouring gasoline on the fire” by aggressively tweeting his false claims of a stolen election and telling the crowd of supporters in a video address how special they were.

The next day, he declared anew, “I don’t want to say the election is over.” That was in a previously unaired outtake of a speech he was to give, shown at Thursday night’s prime-time hearing of the House investigating committee.

The committee documented how for some 187 minutes, from the time Trump left a rally stage sending his supporters to the Capitol to the time he ultimately appeared in the Rose Garden video, nothing could move the defeated president, who watched the violence unfold on TV.

Even a statement prepared for Trump to deliver – which said, “I am asking you to leave the Capitol Hill region NOW and go home in a peaceful way.” – could not be delivered as written, without Trump editing it to repeat his baseless claims of voter fraud that sparked the deadly assault. “So go home,” he did say, adding, “We love you. You’re very special. … I know how you feel.”

He also had wanted to include language about pardoning the rioters in that speech, former White House aide Cassidy Hutchinson testified previously.

“President Trump didn’t fail to act,” said Rep. Adam Kinzinger, a fellow Republican but frequent Trump critic who flew fighter jets in Iraq and Afghanistan. “He chose not to act.”

Plunging into its second prime-time hearing on the Capitol attack, the committee aimed to show a “minute by minute” accounting of Trump’s actions that fateful day, how he summoned the crowd to Washington with his false claims of a stolen election and then dispatched them to fight for his presidency.

With the Capitol siege raging, Trump poured “gasoline on the fire” by tweeting condemnation of Mike Pence’s refusal to go along with his plan to stop the certification of Joe Biden’s victory, former aides told the Jan. 6 investigating committee in a prime-time hearing Thursday night.

“I thought that Jan. 6 2021, was one of the darkest days in our nation’s history,” said former White House aide Sarah Matthews testifying before the panel. “And President Trump was treating it as a celebratory occasion. So it just further cemented my decision to resign.”

The committee played audio of Gen. Mark Milley, chairman of the Joint Chiefs of Staff, reacting with surprise to the former president’s reaction to the attack.

“You’re the commander-in-chief. You’ve got an assault going on on the Capitol of the United States of America. And there’s Nothing? No call? Nothing Zero?” he said.

WATCH: Outtakes of President Trump’s address to the nation on January 6

Earlier, an irate Trump demanded to be taken to the Capitol after his supporters had stormed the building, well aware of the deadly attack, but then returned to the White House and did nothing to call off the violence, despite appeals from family and close adviser,, witnesses testified.

At the Capitol, the mob was chanting “Hang Mike Pence,” testified Matt Pottinger, a deputy national security adviser for Trump, as Trump tweeted his condemnation of his vice president.

Pottinger said that when he saw Trump’s tweet he immediately decided to resign, as did former White House aide Matthews, who said she was a lifelong Republican but could not go along with what was going on. She was the witness who called the tweet “pouring gasoline on the fire.”

The hearing aimed to show a “minute by minute” accounting of Trump’s actions that day and how rather than stop the violence, he watched it all unfold on television at the White House.

“He refused to do what every American president must,” said Rep. Liz Cheney of Wyoming, the panel’s Republican vice chair.

“And for hours, Donald Trump chose not to answer the pleas from Congress, from his own party and from all across our nation, to do what is required,” she said.

An irate Trump demanded to be taken to the Capitol after the supporters he sent laid siege, well aware of the deadly attack and that some in the mob were armed but refusing to call it off as they fought to reverse his election defeat, witnesses told the committee.

Trump had dispatched the crowd to Capitol Hill in heated rally remarks at the Ellipse behind the White House, and “within 15 minutes of leaving the stage, President Trump knew that the Capitol was besieged and under attack,” said committee member Elaine Luria, D-Va.

She said the panel had received testimony the confirming the powerful previous account of former White House aide Hutchinson of an altercation involving Trump as he insisted the Secret Service drive him to the Capitol.

Among the witnesses testifying Thursday in a recorded video was retired District of Columbia Metropolitan Police Department Sgt. Mark Robinson who told the committee that Trump was well aware of the number of weapons in the crowd of his supporters but wanted to go regardless.

“The only description that I received was that the president was upset, and that he was adamant about going to the Capitol and that there was a heated discussion about that,” Robinson said.

Chairman Bennie Thompson, appearing virtually as he self-isolates with COVID-19, opened Thursday’s hearing saying Trump as president did “everything in his power to overturn the election” he lost to Joe Biden, including before and during the deadly Capitol attack.

“He lied, he bullied, he betrayed his oath,” charged Thompson, D-Miss.

After months of work and weeks of hearings, Cheney said “the dam has begun to break” on revealing what happened that day, at the White House as well as in the violence at the Capitol.

This was probably the last hearing of the summer, but the panel said they will resume in September as more witnesses and information emerges.

“Our investigation goes forward,” said Thompson testifying remotely as he isolates after testing positive for COVID-19. “There needs to be accountability.”

The hearing room was packed, including with several police officers who fought off the mob that day. The panel is arguing that the defeated president’s lies about a stolen election and attempts to overturn Biden’s election victory fueled the attack and have left the United States facing enduring questions about the resiliency of its democracy.

Ahead of the hearing, the committee released a video of four former White House aides — press secretary Kayleigh McEnany, security aide Gen. Keith Kellogg, White House Counsel Pat Cipollone and executive assistant to the president Molly Michael — testifying that Trump was in the private dining room with the TV on as the violence unfolded.

Some Cabinet members were so alarmed they discussed invoking the 25th Amendment to remove Trump from office.

While the committee cannot make criminal charges, the Justice Department is monitoring its work.

So far, more than 840 people have been charged with federal crimes related to the Capitol riot. Over 330 of them have pleaded guilty, mostly to misdemeanors. Of the more than 200 defendants to be sentenced, approximately 100 received terms of imprisonment.

Copyright © 2022 by The Associated Press. All Rights Reserved.

The point of the fatwa was not only to punish Rushdie for blasphemy but to intimidate others from daring to{...} 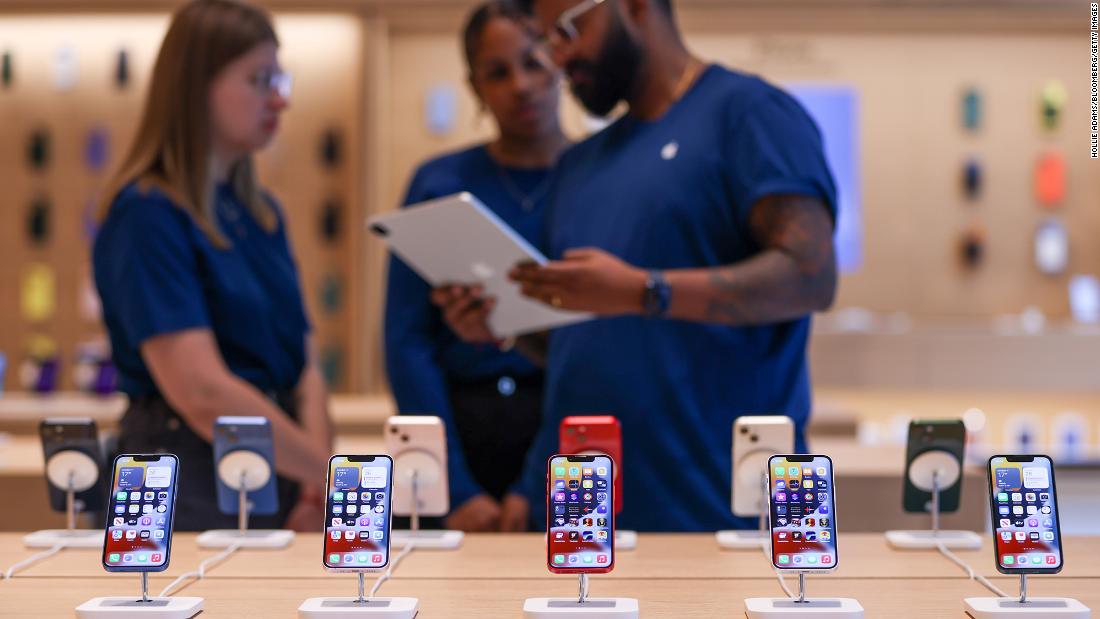 The new Apple Watch Series 8 will be able to detect when a user has been in a car crash,{...} 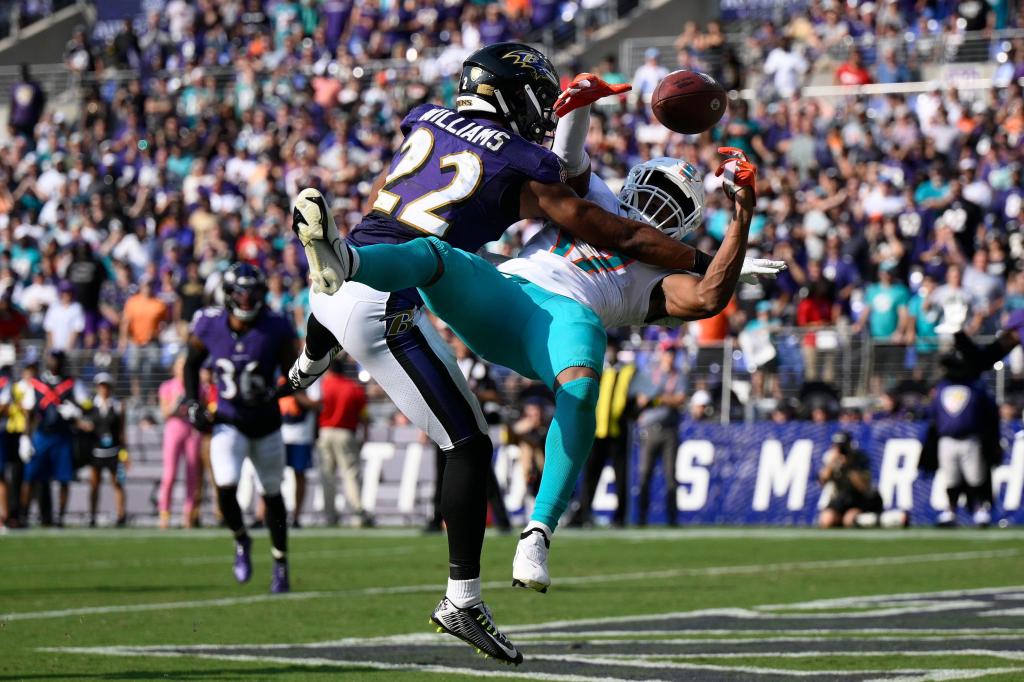 In the seconds after Marcus Peters cradled the ball within inches of the sideline, Kyle Hamilton let loose a roar{...}