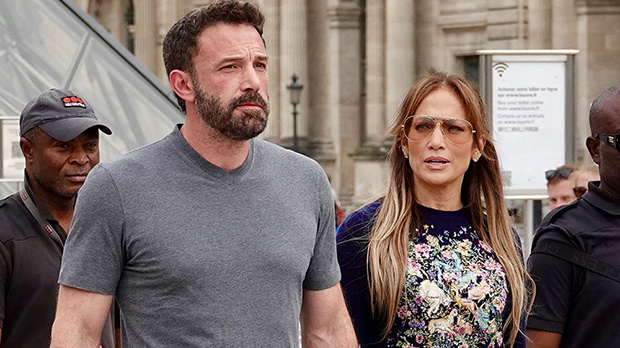 Jennifer Lopez and Ben Affleck’s Paris honeymoon continued with a visit to the Louvre on July 26. The lovebirds seemed to be without their children on the outing, where they held hands as they visited the French landmark. Both stars kept it casual for the occasion, wearing pants as they went on their sightseeing excursion. Jen rocked flared pants and a sweater, while Ben rocked dark blue slacks and a t-shirt.

This was the pair’s second visit to the Louvre during their romantic getaway. They also hit up the museum on July 25, where they were joined by Violet Affleck, 16, Seraphina Affleck, 13, and Max and Emme Muniz, 14. For that occasion, the two were a bit more dressed up. Jen looked stunning in a royal blue dress, while Ben wore black pants and a light blue button down. Once again, the newlyweds held hands as they explored.

Ben and Jen have been wasting no time during their trip to Paris with the kids. The vacation followed their intimate Las Vegas wedding on July 16, where they tied the knot nearly 20 years after they were first scheduled to do so in 2003. Ben and Jen called off their first wedding and split in 2004, but eventually got back together in 2021. Since then, they’ve been practically inseparable, and Ben proposed with a green engagement ring in April 2022. Rather than have a blowout extravaganza this time around, though, they opted to elope. However, it’s been reported that they’re still planning a second wedding for the near future.

Since reconciling, Ben and Jen have been blending their families — he shares three kids with Jennifer Garner, while she shares her twins with Marc Anthony. The kids have definitely gotten in some serious bonding time on this Paris getaway! Emme and Seraphina appear to be particularly close friends, as they were even seen holding hands on one of the family outings. Plus, Violet proved that she totally approves of her new stepmom, as photos showed her hugging Jen on another occasion, as well.

Jennifer Lopez As A Bride: All The Times She’s Worn A Wedding Dress In Films 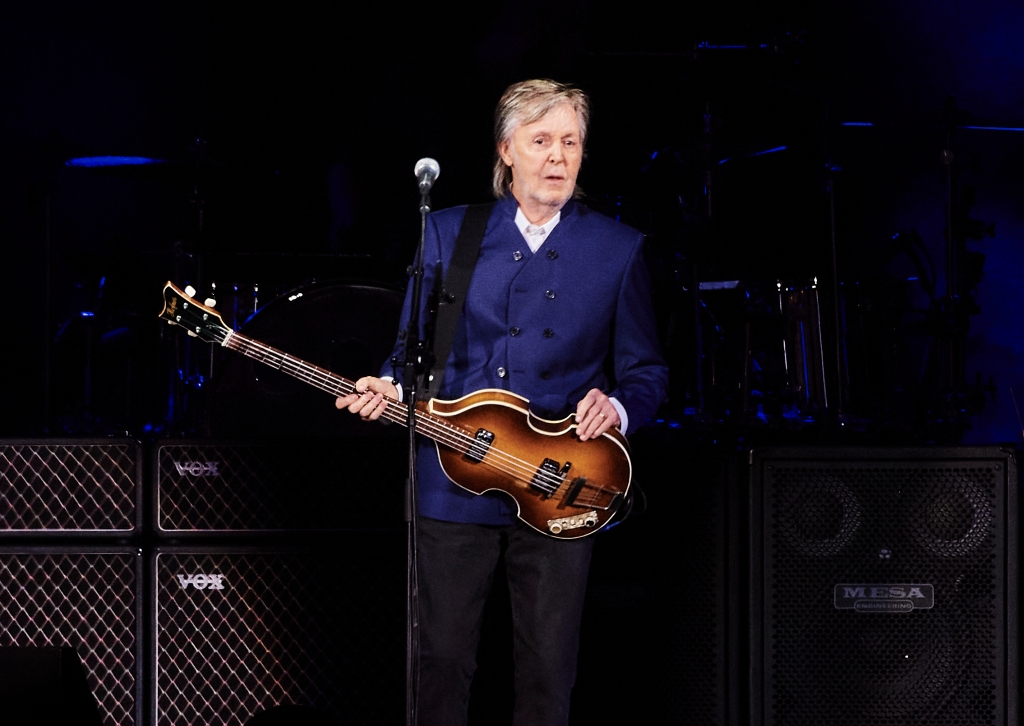 Kobalt, one of the world’s largest music publishers, has removed its entire 700,000-song catalog from Facebook and Instagram in the{...}

If you need a little more convincing before you shop, check out some of the 36,600+ 5-star Amazon reviews.  Someone{...}

House and Senate Republicans are standing by their man, former President Donald Trump, following the FBI’s execution of a court-approved{...}