Jessie James Decker has found her confidence once again.

The 34-year-old slayed the runway on July 15 during a fashion show for her Kittenish By Jessie James Decker Swim label during Miami Swim Week.

Showing off her fit figure, Jessie worked the catwalk in a peach-colored bikini with gold details from her own collection, styled with sky-high gold platforms and a beach-worthy wavy hairstyle.

Jessie’s husband of nine years, Eric Decker—with whom she shares Vivianne, 8, Eric II, 6, and Forrest Decker, 4—was on hand to support her big moment. The former NFL star and the “I Look So Good” singer were photographed backstage kissing after the fashion show.

While she radiated confidence on the runway, Jessie has been open about her “vulnerabilities,” including her mental health, body image and self-esteem.

“I’ve been battling some body image issues and when I really think about it, I probably always have,” she wrote on Instagram in June. “I go from one extreme to being obsessed with working out and being muscular and thin to just giving up and gaining because the food makes me feel better and then ultimately, it’s a cycle that just gets worse again.” Getty Images Speculation recently emerged that, sooner than later, the NFL (and NBA) franchises owned by the{...}

Alicia Keys Addresses Fan Kissing Her on the Cheek Mid-Performance Skip to content{...} 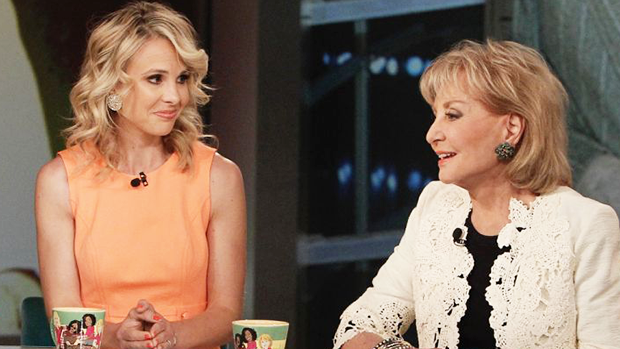 View gallery Image Credit: Lou Rocco/ABC Tributes poured in for Barbara Walters after her death at the age of 93,{...}