A judge acted correctly when he decided to hold a secret court hearing in which he banned the public from inspecting Prince Philip’s will, the court of appeal has ruled.

Three appeal court judges ruled that the media did not have the right to attend the hearing or to be notified about it, adding that publicity would have compromised the need to preserve the dignity of the Queen and her family’s privacy.

On Friday the judges dismissed the legal challenge from the Guardian, which had argued that the original decision to exclude the media undermined the fundamental principle of open justice requiring the public access to court proceedings.

Last year Sir Andrew McFarlane, the president of the family division of the high court, held a private hearing where he approved a confidential application from lawyers for the royal family to seal Philip’s will.

The Windsor family has since 1911 managed to exempt itself from provisions in British law that ordinarily require wills of British citizens to be public.

For more than a century, high court judges have held secret hearings and granted private applications to keep confidential 33 wills belonging to members of the royal family. The judiciary has never rejected such an application from the Windsors.

The Guardian has reported that these secret rulings have barred the public from knowing how assets worth at least £187m at today’s prices, which were outlined in these closed wills, have been distributed.

In Friday’s ruling, which followed a hearing last week, two appeal court judges – Sir Geoffrey Vos, master of the rolls, and Dame Victoria Sharp, president of the Queen’s bench division – said the central issue was whether McFarlane acted wrongly and unfairly when he excluded the media from the hearing in July last year where he decided to seal Philip’s will for 90 years. Philip died in April last year at the age of 99.

They examined whether McFarlane could have considered an alternative arrangement that would have allowed journalists to have a “measure of scrutiny” about how he had come to his decision.

Vos and Sharp said they had taken account of the public interest in open justice, but decided that “these are exceptional circumstances”, adding: “It is true that the law applies equally to the royal family but that does not mean that the law produces the same outcomes in all situations.”

They said that the need for open justice was “adequately served” by McFarlane’s decision to publish a ruling explaining his decision.

“The two critically important things to protect were … the public interest in a) protecting the dignity, and b) protecting the private rights of the sovereign and close members of her family,” they concluded.

“The hearing was at a hugely sensitive time for the sovereign and her family, and those interests would not have been protected if there had been protracted hearings reported in the press rather than a single occasion on which full reasons for what had been decided were published.”

The judges accepted the Guardian’s submissions that the attorney general was not the only individual who could speak to the public interest in a matter of public law, adding that the hearing could have received submissions from the media as well.

In Friday’s ruling a third judge, Lady Justice King, agreed that McFarlane was correct in excluding the media. However, she also wrote that he should have thought more creatively about alternative ways of permitting the media to scrutinise his decision.

Norman Baker, a former Liberal Democrat minister who has also written a book about the royals, said: “This court ruling is wholly inappropriate in a country that purports to be a modern democracy. It is a spurious argument that the sealing of Philip’s will is necessary to maintain the dignity of the crown.

“Dignity is earned, it is not a right. And dignity is earned by not behaving in an undignified manner, not by applying a blanket of secrecy to that which should be open.” The UK is in the midst of a huge sporting summer. While the Women’s Euros are still in full swing{...} 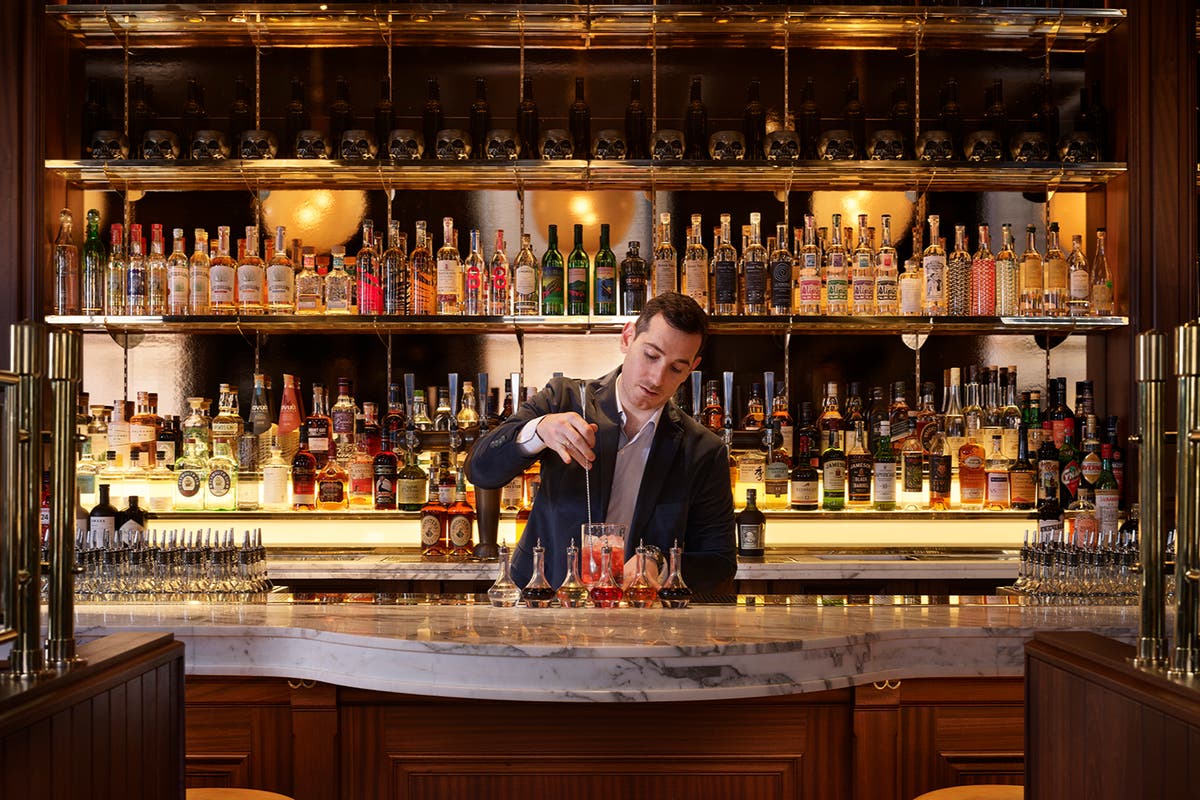 L ondon is home to the best hotel bars in the world. Sure, there’s some strong competition out there —{...}