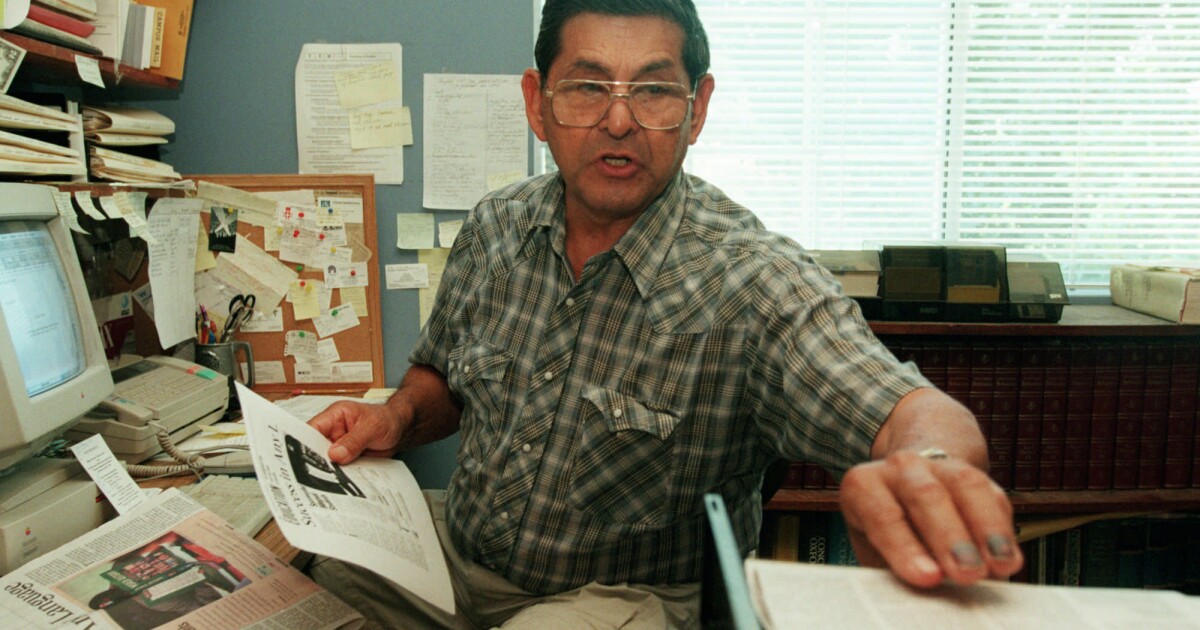 In the spring of 1980, Julian Nava found himself about to become a pioneer again.

The Boyle Heights native had gone through his life as a man of firsts. First Mexican American student body president at East Los Angeles College. One of the first Mexican Americans to earn a doctorate from Harvard. The first Latino elected to the Los Angeles Unified School District board of trustees. One of the masterminds behind a pivotal television series about the Chicano experience.

He sat down with The Times for an interview shortly after the Senate approved his nomination. Nava told this paper that while the choice of him for the role was “historically significant… after the novelty wears off, all that really matters is what kind of job you do.”

It was an apt summation of a man who based his career more on pragmatism and principle than political posturing. Nava paved paths for the waves of Latino politicians across Southern California that followed him in education, elected office, diplomacy and beyond by working within systems that had long excluded people like them. That drew barbs early in his career from both sides of the proverbial political aisle: liberals accused him of not doing enough for Latinos, while conservatives claimed he was a political radical.

But accusations of being a vendido — a sellout — never bothered Nava. Shortly after his 1967 win of the LAUSD seat, he told The Times, “The only reason I ran was to cause a lot of trouble on the school board — the right kind of trouble.”

Nava died July 29 in San Diego of natural causes. He was 95.

Deep-voiced and gregarious, he wielded power at some of the most tumultuous times in the history of Mexican Americans in Southern California.

The Navy veteran served on the LAUSD board when student walkouts against educational inequality gripped schools across East Los Angeles during the late 1960s in what’s now remembered as the Chicano blowouts, and when parents in the San Fernando Valley revolted in the 1970s over mandatory school busing designed to chip away at desegregation. The son of Mexican immigrants from the state of Zacatecas became U.S. ambassador to Mexico at a time of heightened tension between the two countries over increased migration and the discovery of oil south of the border. He spoke in favor of bilingual education and undocumented immigrants at a time when it was politically risky to do so.

When he surprised friends and opponents alike by running for mayor at age 65 in 1992, a decade removed from his ambassadorship, Nava vowed to bring peace to a city still reeling from riots and a recession.

“I consider this [the mayor’s job] as a short, valuable civic assignment, free from obligations to any personal, political machines or to any particular interest group and free from any special loyalty even to my own ethnic group,” he said at the time, adding, “I do not intend to be a professional Hispanic.”

“He wasn’t ideological — he never was,” said his daughter, Carmen Nava, chair of the history department at Cal State San Marcos. “He was an educator at heart. He was committed to his community and to building connections. He was about doing the work, and it was not easy work.”

One of eight children born to a barber who lost his business during the Great Depression and a homemaker, Nava was Boyle Heights through and through.

He attended Bridge Street Elementary, Hollenbeck Middle School and Roosevelt High before graduating from East L.A. College in 1948 after his Navy stint. The multicultural makeup of the Eastside in those years “inoculated [me] against prejudice,” he told The Times in 1983, although he also freely told stories about suffering paddle whacks from teachers for speaking Spanish in class and how it took a visit from his brother in his Navy blues to convince his Roosevelt High counselor to enroll Nava in college prep courses.

After graduating from Pomona College in 1951, Nava went off to Harvard, which allowed him to lecture across Latin America and Spain, the latter on a Fulbright scholarship. He returned to Southern California to become a history professor at Cal State Northridge when it opened in 1956, eventually becoming one of the last two professors from the school’s inaugural class when he retired in 2000.

Early in his professional career, Nava involved himself in L.A.’s emerging Latino political scene. He was a volunteer for Ed Roybal in 1949, when Roybal became the first Mexican American to serve on the L.A. City Council since the 19th century. Nava helped the Community Service Organization, the civil rights group run at the time by a young Cesar Chavez, to organize get-out-the-vote efforts. Mayor Sam Yorty appointed Nava in 1961 to serve as a cultural ambassador entrusted with preserving the city’s Latino heritage.

Nava was enough of a name in Latino L.A. in 1967 that community members asked him to run for an LAUSD board seat against two-term incumbent Charles Reed Snoot. The odds didn’t look good. No Latino had won a citywide election since Roybal’s 1949 win. The 39-year-old Nava finished second in the primary; in the runoff, Snoot characterized Nava as a “liberal, sociologically motivated professor who by his associations must advocate sit-ins and love-ins.”

But a multicultural, bipartisan citywide coalition pushed Nava to an upset victory. Hollywood stars Gregory Peck and Steve Allen hosted a fundraiser for Nava in Beverly Hills, with Cesar Chavez as the featured guest. “There was joy in Northridge, where Nava now lives,” The Times wrote a month after his victory. “There was bedlam in Boyle Heights, where he came from.”

The honeymoon was short-lived.

A year later, Nava found himself at the center of a political firestorm, caught between his new office and students who walked out, inspired by Lincoln High teacher Sal Castro, the trustee’s friend, to demand better school conditions. Nava faced fierce criticism at first for not openly supporting students, although opinions changed after he spoke out against the police violence and criminal charges that Castro and other activists faced.

“Even though he started tapado [obtuse],” Castro told a biographer in 2011, “[Nava] grew in that position and played an important role” in implementing reforms.

After mounting a failed attempt to become California’s superintendent of public education in 1970, Nava stayed on the LAUSD board until retiring in 1979. No Latino would win an L.A. citywide election until 2001.

Shortly after he left the board, Carter appointed him to become the U.S. ambassador to Mexico, a position he held less than a year after Ronald Reagan became president and replaced him. In the decade that followed, Nava embarked on endeavors as varied as the produce industry, writing columns for Mexican newspapers, and even running an oyster farm.

He tried one final electoral comeback by entering the 1992 L.A. mayoral campaign. Nava’s biggest moment in that election happened in a debate against an opponent, where Nava suggested noncitizens be allowed to vote in municipal elections and defended the rights of street vendors. His comments drew “a loud chorus of boos,” according to a Times dispatch.

But Nava had little support from Latino voters by then.

He was accused of going soft on L.A. County Sheriff Sherman Block via a committee where he served as co-chair alongside attorney Gloria Allred, then further inflamed law enforcement critics when he boasted of his “very good relationship” with former L.A. Police Chief Daryl Gates. Nava opposed an ultimately successful city measure that allowed for civilian oversight of the police department, and joined an unsuccessful recall against Mayor Tom Bradley, who had helped Nava secure the Black vote back in 1967.

Nava’s political moderation increasingly found him at odds with the Latino political scene he had helped to establish.

“Some felt that Nava was the right person at the right time to open doors 20 to 25 years ago,” political science professor Jaime Regalado told The Times in 1993. Now, Nava wasn’t seen as “someone who can lead us into the 21st century.”

He finished with 1% of the vote.

His political days done, Nava started a second career as a documentary filmmaker and continued to write books on subjects as varied as Latino genealogy and a romance novel about Tibet. Retiring to San Diego 20 years ago, Nava volunteered with the San Diego Children’s Discovery Museum and Encuentros Leadership, a mentorship program for Latino teenage boys.

There are two LAUSD schools named after him: the Dr. Julian Nava Learning Academy and Nava College Preparatory Academy, both in South Los Angeles.

He is survived by his wife of 60 years, Patricia; their children Carmen Nava, Katie Stokes and Julian Paul Nava; a sister, Rosemarie Herzig; and six grandchildren. Plans for a public commemoration are forthcoming.

To the end, Nava saw himself as an advocate and champion for the community from where he came.

“Everything I am and how I think,” read the opening line in his 2002 autobiography, “have been shaped by my Mexican roots.” 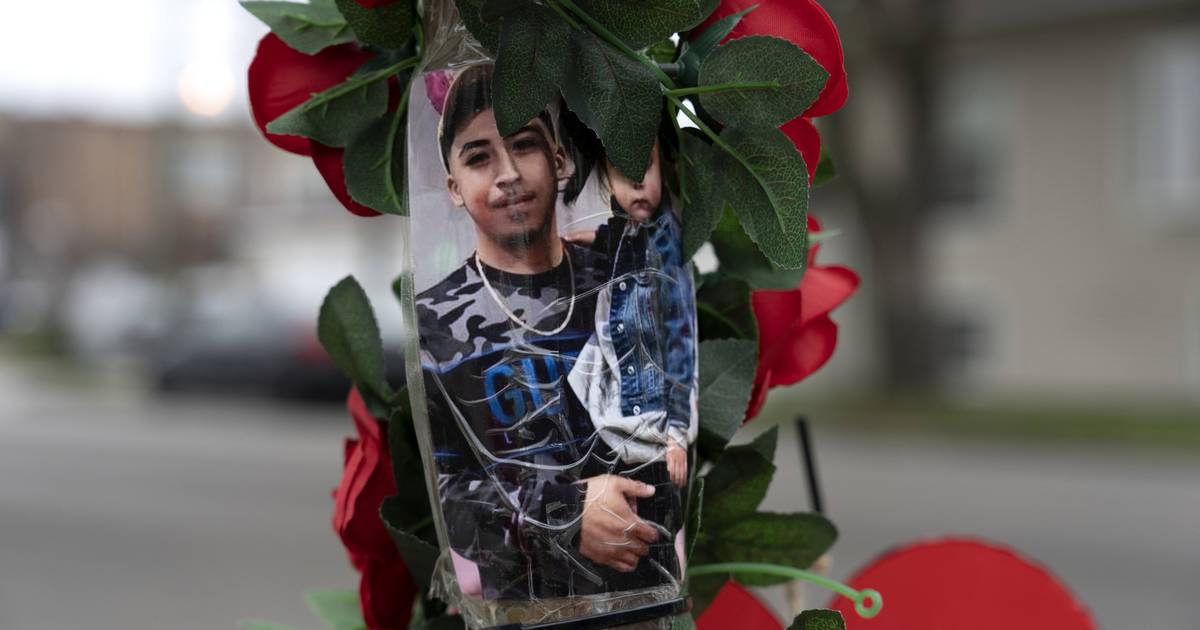 The Chicago Police Board has denied the Civilian Office of Police Accountability’s recommendation to fire the officer who shot Anthony{...} 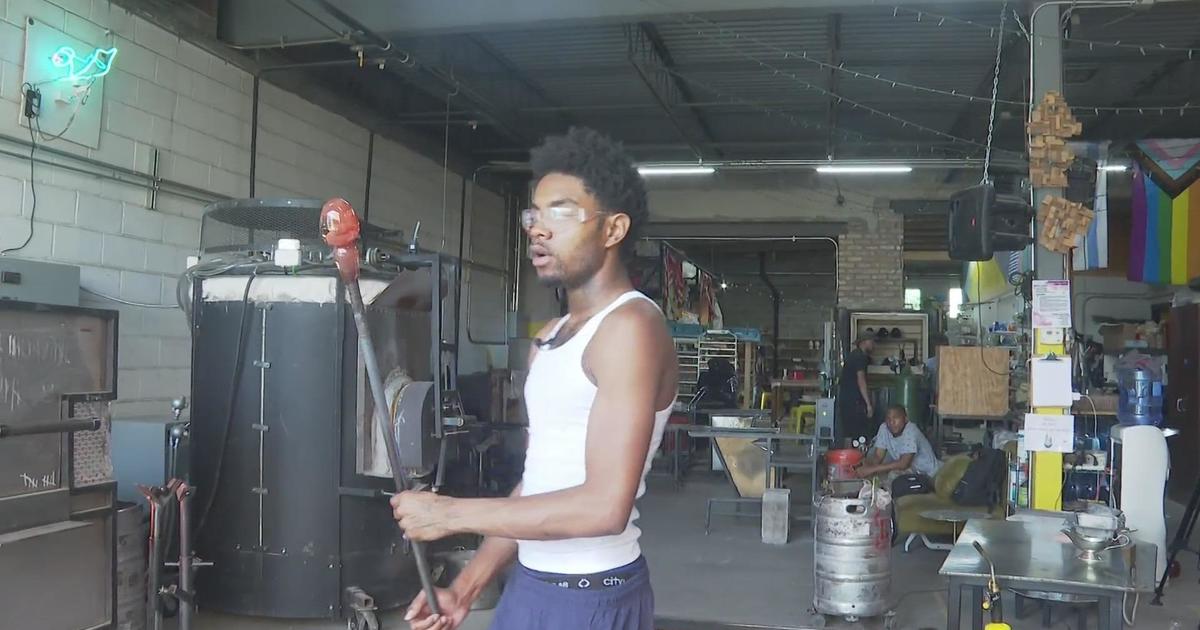 CHICAGO (CBS)– Two young men, injured in shootings, changed their life paths  “It’s nothing right now to me, but first{...}