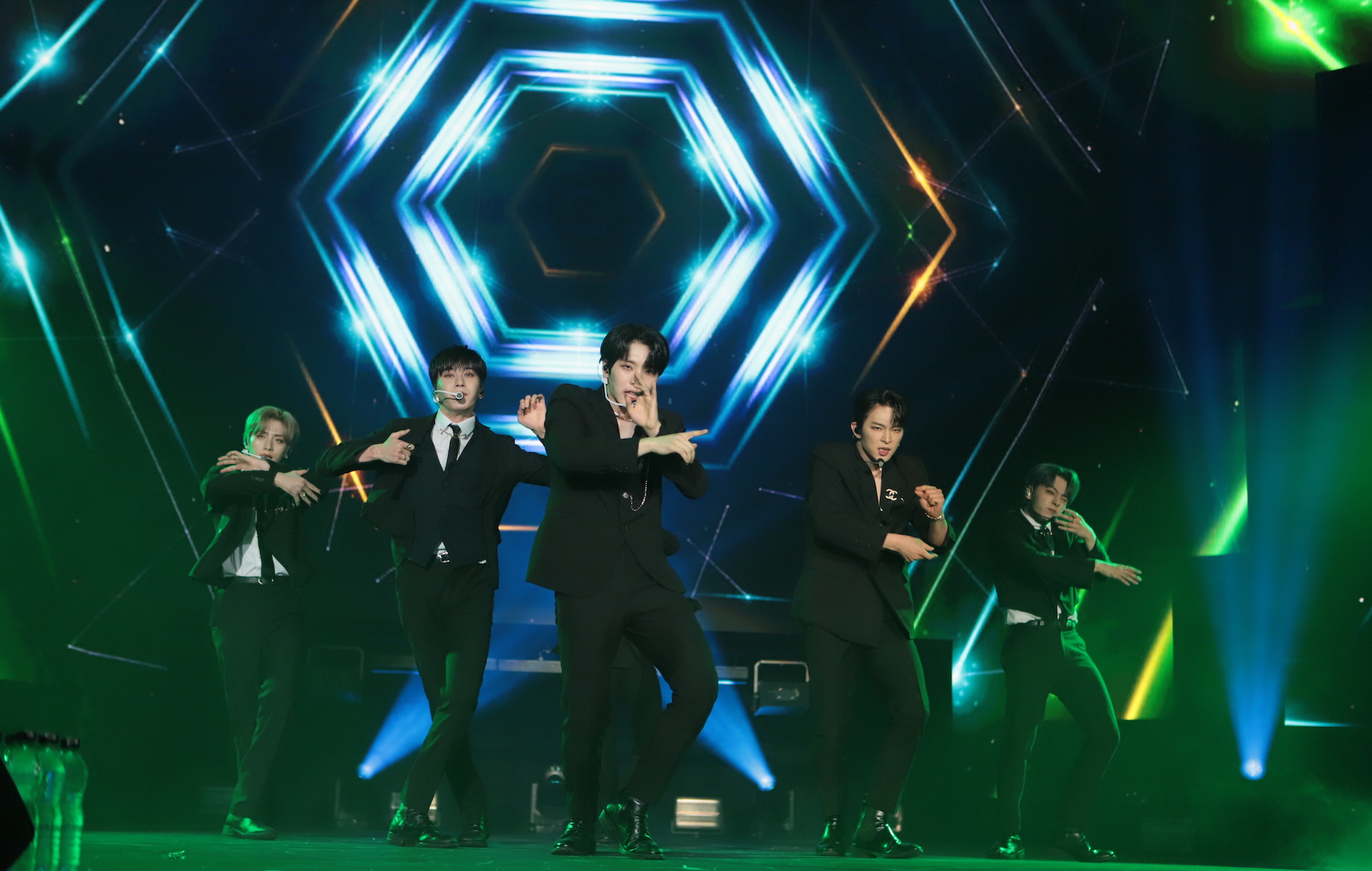 Since 2018, HallyuPopFest has been bringing together some of K-pop’s most exciting acts, showcasing established icons alongside up-and-comers for crowds in Singapore. This weekend (July 9-10), it expands for the first time – a rare opportunity for UK fans of the Korean scene to witness their favourite artists in the flesh, and all at the same event. Things don’t go off without a hitch but, despite some teething problems, the festival’s debut European offering highlights both the brilliance of the artists on the bill and the passionate welcome that awaits them – and other artists – in the UK.

After afternoons of red carpet appearances and meet-and-greet sessions, both nights begin with showcase concerts that give two acts apiece an extended performance slot, allowing them to get to know the London crowd better and vice versa through songs and challenges that shine a light on their personalities. Each day, these introductory events offer a contrast between the artists selected for them – one a laidback and sentimental solo artist, the other a more energetic group.

Day one sees famed K-drama OST singer-songwriter Sam Kim entertain early arrivals with soulful R&B and acoustic pop culled from those soundtracks and his own records. P1Harmony then rev things up a few gears with their inventive anthems ‘BOP’ and ‘Follow Me’ that make sure the crowd are truly warmed up. The second day, meanwhile, opens with a sweet and sugary set from Weeekly, who bring pep to the stage in ‘Hello’ and a skateboard-featuring rendition of ‘After School’. They’re followed swiftly by singer-songwriter Paul Kim and his setlist of romantic ballads, setting the mood in between songs with playful flirtations with the audience.

Those same artists get the chance to perform again to kick off the main concert each night with another 15 minutes under the spotlight. With only a short break in between the showcase and concert proper, it feels a little repetitive, particularly on day two when Paul Kim returns to the stage after 20 minutes and plays a set that’s made up mostly of songs he already aired earlier. Given most of the crowd has been in the venue for the duration of the whole event, it’s a bit of a wasted opportunity to introduce spectators to even more of his catalogue.

Repetitive isn’t a word that can be used to describe the rest of the nighttime concerts, though. Each evening we’re treated to an array of sounds, styles and energy, every artist offering something unique. The line-up reflects a cross-section of the current K-pop scene, emphasising the thrilling range and wealth of talent that exists within the industry.

Kep1er represent for the rookies but are greeted like superstars for their Sunday night set, screams ricocheting around the venue when their name appears on the screens to herald their arrival. ‘Wa Da Da’ is the perfect opening song – an amped-up, attention-grabbing intro that switches from fierce and powerful to cute and back again with impressive ease. Throughout their whole time on stage, the nine-member girl group’s set feels like a blast, whether they’re sharing their tribute to each other on the crystalline ‘LE VOYA9E’ or teaching the crowd the point choreography to the buoyant ‘Up!’.

Boybands dominate the line-up at the first HallyuPopFest to be held in London and, while it would be nicer to see more female artists on the bill, each manages to keep things fresh. It’s appropriate that CRAVITY’s day two set kicks off with ‘Adrenaline’ because that’s precisely what they supply by the bucketload, living up to the conquering claim of ‘Veni Vidi Vici’ and delving into darker territory on a superb ‘Bad Habits’.

CIX’s performance plays with a softer palette, whether they’re delivering the crush-worthy ‘Jungle’ or the heart-fluttering romanticism of ‘Cinema’. Later, SF9’s set falters at first thanks to some technical difficulties but they not only swiftly regain their footing but leap onwards confidently with alluring renditions of ‘Good Guy’, the wobbly EDM-tinged pop of ‘Now Or Never’ and euphoric closer ‘Play Hard’.

Day one’s boybands are just as brilliant. ASTRO overcome their line-up being depleted by two members (MJ is in military service and Cha Eun-woo is absent) by delving into their sub-unit releases – Jinjin and Rocky up first, followed by Moon Bin and Sanha. The biggest treat of all comes at the end of their allotted slot, when all four reunite for a vibrant version of ‘Candy Sugar Pop’.

It’s ONEUS, though, who shine brightest out of the male acts at HallyuPopFest London 2022 – a group whose performances are so slick without losing their heart and incorporate complex, sometimes gravity-defying moves without it feeling like a gimmick. Best of all is when they nod to the heritage of Korea, whipping out traditional fans for a version of the darkly elegant ‘Luna’, while ‘Lit’ opens with refrains of gayageum, a traditional Korean string instrument. Their set whizzes by precisely because of how stunning it is, leaving it feeling too short but incredibly sweet.

Female acts might be in short supply here, but those present make their mark. Alongside day two’s Weeekly and Kep1er, day one welcomes EVERGLOW to London for the first time, where they’re greeted by a rapturous reception. ‘Bon Bon Chocolat’ flexes their dance prowess and ‘Pirate’ brings out their fiercer side, but the night belongs to ‘La Di Da’ and its irresistible hooks.

Shortly afterwards, MAMAMOO’s Hwa Sa proves why she’s one of the third generation of K-pop’s most ardently supported idols. Her 2019 debut solo track ‘Twit’ begins her performance with infectious, bright energy before ‘I’m A 빛’ ups the ante. It’s her final song of the night that everyone is really waiting for, though, and the atmosphere in the arena becomes electric as she launches into an exquisite version of ‘Maria’.

At the end of each night, two members of EXO show off their distinctive styles as they take on the role of headliner. On Saturday, Chen pulls at the arena’s heartstrings with a sublime collection of ballads, his vocals impeccably emotive and smooth as he soars through keys. The glimmering poetry of ‘Shall We?’ and the gentle drive of ‘Everytime’ bookend the set, completing a steady growth from soft beginnings to effervescent endings.

A day later, Kai takes his turn at the top of the bill, filling the stage with sultry R&B. ‘Peaches’ is instantly hypnotic and ‘Reason’, punctuated by confetti explosions, is cool and vibrant, but things come to a halt when he has to take himself backstage to manage a wardrobe malfunction. After a suspenseful pause, the singer returns and continues to conjure a spell with his stage presence, ‘Hello Stranger’ and ‘Mmmh’ capping a transfixing performance.

It’s a fitting end to HallyuPopFest London 2022 – a debut occurrence that has its hiccups but, for the most part, feels like a triumph. Here’s hoping that, as K-pop’s unstoppable force continues to grow in the west, events like it become more regular in the UK.

Exceptional heat is possible for southern and central areas of the UK late this weekend and early next week, with{...} 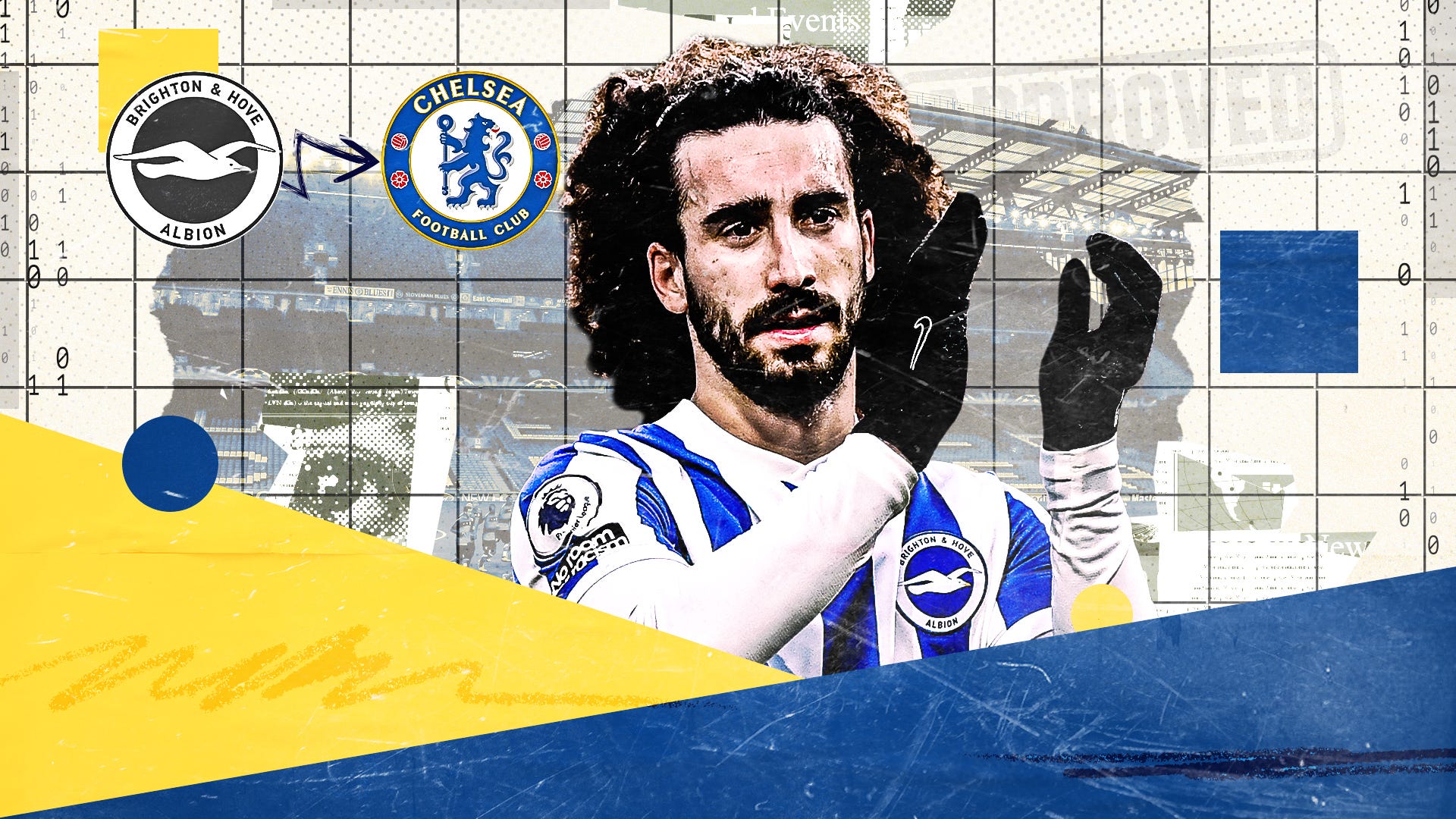 Chelsea have completed the signing of Marc Cucurella from Brighton as Thomas Tuchel’s spending spree continues this summer. The Spanish{...} 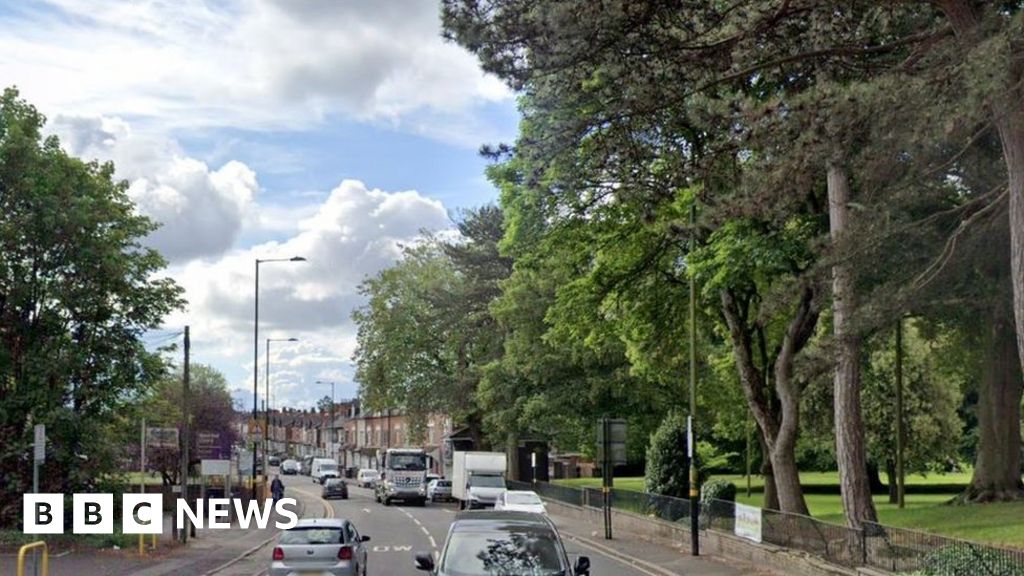