The daughter of a celebrated pop artist who created famous images of the “cosmic sixties” is suing the New York court system over what she claims are secretive communications between her father’s court-appointed guardian and judges that drastically affect his life and violate her basic rights.

Libra Max lodged a federal lawsuit on Wednesday in which she alleges that her father, Peter Max, 84, is being held in virtual isolation by a court-appointed guardian. She claims multiple judges have allowed the guardian to communicate with them behind closed doors, without the family’s knowledge, leading to one-sided decisions that profoundly affect his life and that constitute a gross distortion of justice.

The lawsuit says “Kafka would blush” were he to review the case.

“This case is about the denial of one of the most fundamental federal rights in the American justice system – to hear and respond to all evidence your adversary presents to the court.”

The multi-millionaire artist, best known for his psychedelic posters from the 1960s and 70s, still lives in the family home and art studio in Manhattan’s Upper West Side. He has been under a court-appointed guardianship since 2015, having suffered from Alzheimer’s and advanced dementia for many years.

He is in failing health, by some accounts approaching the end of his life.

The terms under which Max is being kept a ward of court have become the subject of intense disputes, between the guardian and individual members of the Max family, as well as between Libra Max and her brother Adam Max. For the past three years, Libra Max has been attempting to persuade the courts to set her father free of the guardianship on grounds that the court-appointed lawyer who controls his personal affairs, Barbara Lissner, has allegedly cut him off from his loved ones.

The lawsuit, lodged with the civil division of the southern district of New York, claims Lissner tightly restricts visits to Max from family and friends including Libra, who is only able to visit her father – in the home in which she was born and raised – on very proscribed terms. It also alleges the guardian refuses to disclose to the family the artist’s medical condition or even the identity of the doctors treating him, and has installed video cameras in his apartment as a form of surveillance.

In the latest twist, Libra Max claims judges in the New York court system are effectively in cahoots with Lissner. The defendant in the case is Deborah Kaplan, the administrative judge responsible for the section of the New York supreme court that covers guardianships in Manhattan.

It says Kaplan has presided over an arrangement that has allowed judges sitting in guardianship courts to communicate directly with Lissner in total secrecy. Libra Max says she knew nothing about the exchanges, and as a result had no way to correct the record or respond to allegations raised against her.

Such secretive communications have left Libra Max legally “blindfolded and thus blindsided”, the lawsuit says, “robbed her of her ability to fairly advocate for her father’s freedom … and ultimately robbed Peter of precious years with his loved ones”.

The exclusion from court proceedings of one party to a dispute is known in legal parlance as ex parte communications, which are normally strictly forbidden. Such one-sided contact appears to be almost routine practice for guardianship judges in New York, a state of affairs Wednesday’s lawsuit now challenges.

“This case is so critical because the constitutional right at stake is so basic: to hear and respond to all of the evidence that your adversary presents to the court,” said Andrew Celli, of the law firm Emery Celli Brinckerhoff Abady Ward & Maazel, the lead attorney in the case.

Celli added: “This is the bedrock of our justice system and it ensures fairness. This emblematic case is the first of its kind but it won’t be the last. The shroud of secrecy over the guardianship system must be lifted.”

Neither Lissner nor the office of court administration that oversees New York’s guardianship courts immediately responded to a request for a comment on the lawsuit. Lissner, Max’s guardian since 2019, has denied the allegations and is suing Libra Max for defamation.

The legal battles now engulfing Max form a bitter end to a life as colourful as the artist’s creations. The New York Times has written that his posters “became wallpaper for the turn on, tune in, drop out generation”.

He was born Peter Max Finkelstein in 1937 in Berlin, to German Jewish parents. He grew up in Shanghai, Haifa and Paris before moving to Brooklyn at 16.

His work took off with a famous poster collection that he labelled Cosmic ’60s. He became a figure in the counterculture, designing leaflets for “Be In” hippie gatherings in Central Park.

Success in the counterculture gained him attention in the mainstream culture. Appearances on The Ed Sullivan Show, in which he drew live in front of the camera, and album covers for bands including Yes followed.

In 1974 he designed a US postage stamp that is credited as one of the first environmentalist stamps. Its message: “Preserve the environment.” His pop art images gained an increasingly commercial following, with one of his main sources of income becoming auctions on sea cruises.

The Norwegian Cruise Line commissioned him to paint the hull of one its ships in his trademark brilliant colours. In 1969, Life Magazine put him on its front cover with the headline: Peter Max: portrait of the artist as a very rich man.

Max’s estate by some estimates continues to be worth hundreds of millions of dollars. His financial affairs are now also in the control of court-appointed guardians.

As the legal fight over Peter Max’s life reaches fever pitch, it forms part of growing concern across the US about how older people and people in vulnerable physical or mental health are being trapped in allegedly overbearing and abusive guardianship programmes. Public attention was drawn to the problem by the singer Britney Spears, who was held in what she claimed was an “abusive conservatorship” for 14 years until it was dissolved last year.

There are about 1.3 million adults under the care of guardians who in many cases have great power, including control over access by family and friends, medical treatment, and financial affairs, with guardians collectively managing about $50bn of assets.

Keeping track of the programmes is virtually impossible as they are regulated by the 50 states, many of which do not keep public data. A 2017 study by the American Bar Association found that “an unknown number of adults languish under guardianship beyond the point of need … Adult guardianship is generally viewed as permanent. With the stroke of a judge’s pen, rights are lost and are seldom regained over an individual’s remaining lifetime.”

A report from the US Government Accountability Office identified hundreds of allegations of “physical abuse, neglect and financial exploitation by guardians” in 45 states between 1990 and 2010.

The Peter Max lawsuit chronicles what it claims were improper ex parte communications between Lissner and four unidentified New York judges in the past three years. It notes that Lissner obtained an ethics opinion from a specialist, regarding whether her decision personally to sue Libra Max for defamation amounted to a conflict of interest.

The conclusions reached by the ethics specialist are unknown, as the opinion has not been disclosed to the Max family.

Carrie Bradshaw has a lot of exes, few of them good. But among that pile of dudes—from the kinky politician{...} 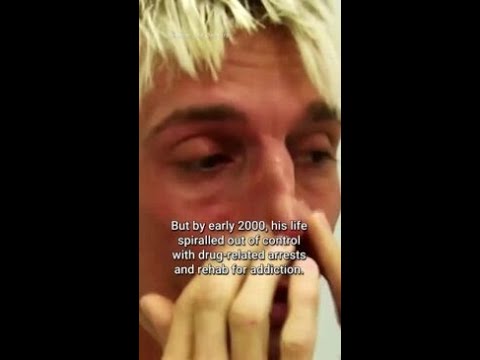