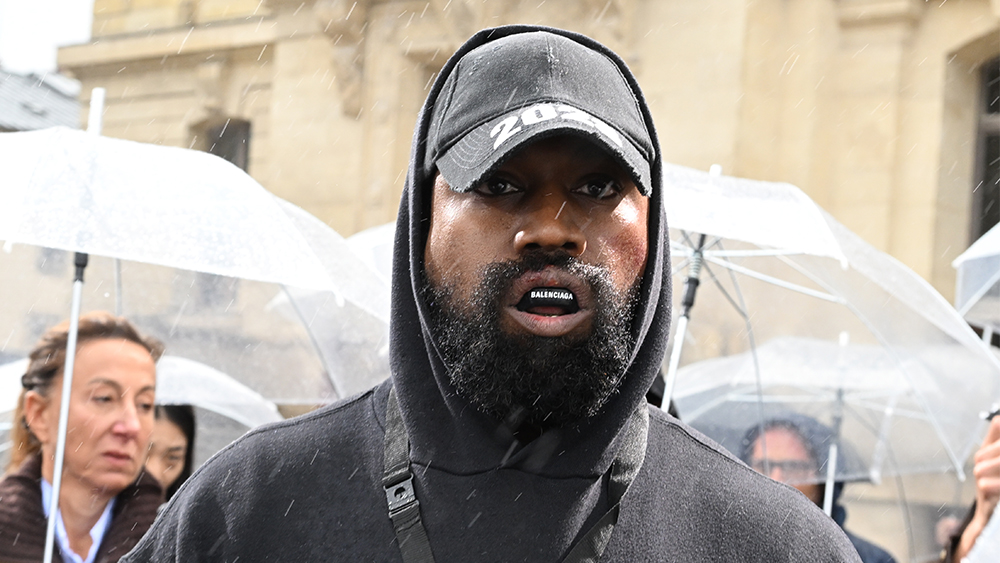 Kanye West has responded to being dropped by several major partnerships, including Adidas, CAA, MRC and Balenciaga.

“Ari Emanuel. I lost 2 billion dollars in one day. And I’m still alive. This is love speech. I still love you. God still loves you. The money is not who I am. The people is who I am,” West wrote on Instagram. The post comes days after Emanuel, CEO of Endeavor, urged companies to stop doing business with West.

West also posted a meme that reads “Ye has reportedly cut ties with Kanye West,” a jab at the numerous corporate partnerships he has lost in recent days.

On Tuesday, Adidas, which distributed West’s Yeezy fashion line, terminated its deal with West, a move it estimates will impact its bottom line by up to $246 million this year alone.

In a statement, the sportswear brand, referring to West by his “Ye” pseudonym, said: “Adidas does not tolerate antisemitism and any other sort of hate speech. Ye’s recent comments and actions have been unacceptable, hateful and dangerous, and they violate the company’s values of diversity and inclusion, mutual respect and fairness.”

CAA stopped representing West amid a growing call to boycott the rapper’s controversial remarks about Jewish people, which led to his Twitter and Instagram accounts being restricted. Over the weekend, his comments also emboldened a group of demonstrators in Los Angeles to give Nazi salutes over the 405 Freeway, hanging a banner that read, “Kanye is right about the Jews.”

In addition, a completed documentary about West has been axed in light of his recent antisemitic comments, according to MRC studio executives Modi Wiczyk, Asif Satchu and Scott Tenley, who announced the move in a memo on Monday.

“This morning, after discussion with our filmmakers and distribution partners, we made the decision not to proceed with any distribution for our recently completed documentary about Kanye West,” the trio wrote. “We cannot support any content that amplifies his platform.”

CAA dropping West and the cancellation of his documentary comes after UTA CEO Jeremy Zimmer sent a company-wide memo denouncing antisemitism and calling for a boycott of West on Sunday night. West was briefly a client of UTA, but moved back to CAA after a year.

Entertainment industry figures, including Emanuel and the Gersh Agency’s Bob Gersh, urged companies that work with West to cut ties with the rapper. Kim Kardashian, West’s ex-wife, also issued a short statement via Twitter, writing, “Hate speech is never OK or excusable. I stand together with the Jewish community and call on the terrible violence and hateful rhetoric towards them to come to an immediate end.”

There is a portrait by Milton Avery in this bewitching survey with the title Husband and Wife. It shows a{...}

You’ll have to wait a bit longer to hear Jamie say, “Hello, sassenach.” Starz has released a first look for{...}