On a cold October night in 2016, an Audi crashed into a metal fence on a Walton street after a short police chase prompting two men inside to flee on foot.

However PC Helsby, one of the officers pursuing the car, had unwittingly stumbled on a far more sinister incident than a case of dangerous driving. As the constable and his colleague approached the stricken vehicle where it crashed, on Cairo Street, they realised someone was trapped in the boot.

Inside, the officers found 44-year-old drug-dealer Kenneth Murphy “in a terrible state”. He had been struck with a crowbar and beaten to the point one eye was swollen shut, he was drenched in blood from a deep laceration to his forehead and was “absolutely petrified and pleading for help”.

READ MORE: Life on estate where neighbours find it ‘normal’ to hear gunshots

The kidnap and torture of Mr Murphy was the handiwork of the so-called ‘Deli Mob’, named after the Delamore Street area of Kirkdale. The ruthless, extremely violent and feared north Liverpool street gang were thrust into the headlines again in recent weeks thanks to the conviction of Jonathan Gordon, who has connections with the gang going back more than a decade.

Gordon, 34, was brought to justice thanks to the EncroChat phone network hack, which revealed he was advertising his services as a brutal enforcer willing to hurl acid into the faces of rivals for money. Messages intercepted by the National Crime Agency (NCA) revealed Gordon charged £6,000 to carry out an acid attack, increasing to £10,000 if the client wanted a victim permanently blinded.

Gordon launched acid into the face of one man in St Helens in April 2019, causing severe injuries to his eyes and leaving him needing intensive treatment to restore his sight. But examination of the EncroChat account used by Gordon, with the handle ValuedBridge, led detectives to realise he had been involved in multiple serious firearms related offences including taking part in gun battles on the streets of Liverpool, one which saw a stray bullet fly through the window of an elderly couple’s address in Carisbrooke Road, Kirkdale, in May 2020.

Gordon was never charged in relation to the attack on Mr Murphy back in 2016, but he had documented links to those who were involved. Merseyside Police would learn that Mr Murphy had been driving the Audi when he was boxed in by two other vehicles at a junction in Norris Green.

Masked men leapt from the other cars, smashed the driver’s side window and dragged Mr Murphy out of the Audi, at which point he was struck over the head with a crowbar and repeatedly punched before being stuffed into the boot.

Although Mr Murphy took a brutal beating, the intervention of PC Helsby and his colleague undoubtedly saved him from a much worse ordeal. The police later found bloodstained handcuffs, a hammer, a pair of pliers, cable ties and a bloodstained crowbar in one of the other vehicles linked to the kidnapping.

Five men were later charged with false imprisonment and wounding with intent and stood trial at Liverpool Crown Court in 2018. However four of the men were acquitted, and only 6ft 4in and 22 stone thug Paul Dwyer was convicted over the attack. Dad-of-one Dwyer, then 29, was locked up for 14 years with an additional four years on licence.

Dwyer and some of the other men charged were associates of the Deli Mob. The gang grew in notoriety around a decade ago for ripping off other drug-dealers, mainly burgling cannabis farms across north Liverpool.

Back in 2011, Merseyside Police went to court to secure anti-social behaviour orders (ASBOS) against six men, described by the force as Deli Mob members, for terrorising the north of the city. An application put before North Liverpool Community Justice Centre at the time stated the gang would “break into premises used for cannabis factories, steal the goods and anything else, sell the drugs and/or consume it themselves, use the money to purchase vehicles which they used to launder the money and supply the drugs and use their presence and violence to keep a hold on their territory around County Road”.

Of the six men targeted in the ASBO applications, two were Jonathan Gordon and Paul Dwyer. Also included were a pair of notorious brothers; Jake and Jamie Glenholmes.

Jamie Glenholmes was one of the men cleared over the kidnap of Mr Murphy, but was soon back in front of a jury for another particularly brutal attempt to rob a drug-dealer. The thug, then 24, led a gang of masked intruders who burst into a property in the Fazakerley area just three months later in January 2017, looking for a man called David Higgins, who was on bail awaiting sentence for drugs supply offences at the time.

At first, Mr Higgins was not there, so the gang rounded up his family and waited for his return. Their target eventually arrived, and was confronted by Glenholmes and his crew, armed with baseball bats and knives and demanding £50,000.

As Mr Higgins tried to persuade the intruders he had no money, one of the gang lashed out with a knife and slashed him across the face, causing significant injuries and leaving a permanent scar. The terrified victim tried to run but was beaten with a baseball bat, until a security light in a neighbour’s garden disturbed the gang causing them to flee.

In the weeks after the incident, Glenholmes knew he had been recognised by Mr Higgins, and sent messages offering him money to drop the case. However, a jury at Liverpool Crown Court concluded he had led the raid and was the man who slashed Mr Higgins.

Jake Glenholmes, while not charged over crimes as serious as his brother, Dwyer or Gordon, has spent much of the past seven years in prison for offences including growing a £32,000 cannabis farm in his home, attempting to raid a convenience store and selling heroin.

More recently, in March 2020, Jake Glenholmes admitted threatening a fellow prisoner in Walton prison with a “fearsome” makeshift shank. As he was sentenced over that case, the court was told Glenholmes had himself been attacked and had been targeted “because of his name” and because of “who his brother is”.

On Wednesday, Gordon will be the latest of the Deli Mob class of 2011 to face a mammoth sentence, likely to be significantly longer than those handed down to either Dwyer or Jamie Glenholmes.

Merseyside Police have pointed to the bleak futures of the gang’s most violent members as a warning to others to steer clear of organised crime. Detective Chief Superintendent Mark Kameen, head of investigations at Merseyside Police, said: “Our message to young people is that crime doesn’t pay and it isn’t glamourous or rewarding. Prison sentences such as these highlights how seriously the police, the CPS and the courts take this type of organised crime. So please think again because organised crime is a ticket to jail.

“When a vulnerable young person is identified, we work with partner agencies to protect and engage with them to provide them with the opportunity to take a different and better path in life. Organised crime hugely damages our communities, and we need the public’s help to detect any criminality in your neighbourhood.

“It’s vital that everyone who cares for or knows young and vulnerable people understands the issue and detects the warning signs to help them.” 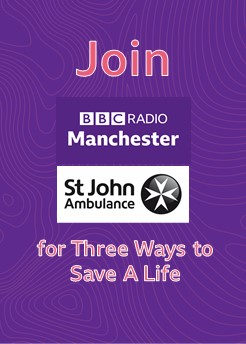 UK News
Gold seized and four arrested in £ 3m crackdown on criminal empire being run from 4,000 miles away