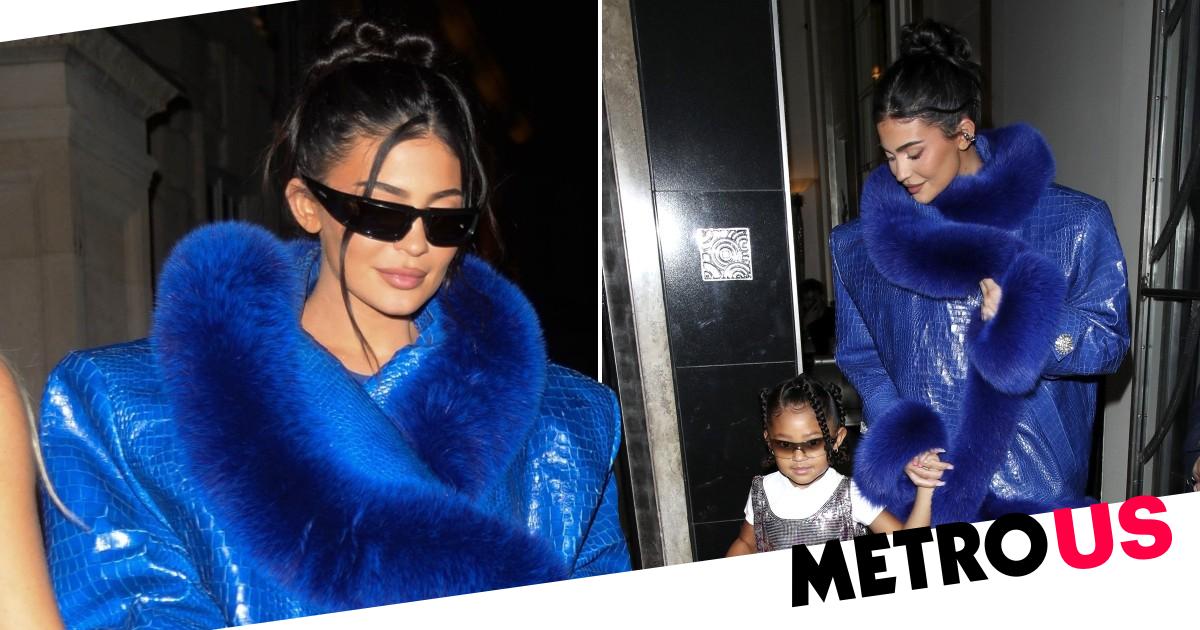 Kylie Jenner really wants to make sure she’s seen while in London, doesn’t she?

The beauty mogul and star of The Kardashians is currently in the British capital with daughter Stormi, four, and partner Travis Scott, and she’s been doing the absolute most to make sure she catches every single eye in her vicinity.

The reality TV star, 24, stepped out on Friday night for a lavish dinner at top restaurant Sexy Fish along with the little one while taking a break from her work trip regarding her make-up line, Kylie Cosmetics.

Despite the warm summer weather in Blighty right now, where evenings are still warm enough to go sleeveless, Kylie wore a cobalt blue croc-style jacket with huge shoulders and a luxurious-looking fur trim, collar and cuffs.

However, to balance out the sheer weight of the rather wintry garment, she wore nothing on her bottom half, save for a pair of bright blue strappy heels to match the coat.

The chic star appeared to be on her own for the night with her daughter, who also looked the part for the fancy evening with a shimmery silver dress, sunglasses and a teeny-tiny silver bag.

We can’t help but wonder what the four-year-old ate at the swish Asian restaurant in Mayfair, with dishes on the menu including wagyu tataki, king crab and bone barrow black truffle and toast, and caviar steamed buns with ‘sexy condiments’.

We definitely did not get this sort of grub at the local Harvester when we were that age.

Earlier this week, multi-millionaire businesswoman Kylie and Stormi joined Travis, 31, for a night out, this time at London hotspot Nobu – they really are going above and beyond in London’s top eateries, aren’t they?

This came after Kylie admitted Stormi is ‘spoiled’ after spending a whacking great load of cash on her at Harrods, believed to be in the thousands of pounds.

The mother-of-two, who welcomed her as-yet-unnamed son earlier this year with rapper Travis, told her millions of fans on social media that she and Stormi were on a customised shopping trip at the high-end department store.

‘Look at what Harrods did for our Stormi to go shopping, Is this not the craziest? You are a spoiled, spoiled girl!’ Kylie said on camera in a video shared on Instagram.

Harrods staff had painstakingly created a bespoke shopping experience for the little girl, involving custom displays and various wardrobe options, with Stormi picking up some pink flat shoes and telling her mother yes, she would be trying them on.

Alongside a series of snaps from their shopping spree, Kylie wrote: ‘stopped by @harrods today with goosey girl to see @kyliecosmetics @kylieskin 💕 wow what a dream!!!!!!!! thank you for having us.’

Kylie is expected to attend Travis’ two shows in London this weekend, with the Sicko Mode rapper playing at the O2 on Saturday and Sunday.

Meanwhile, Kylie is thousands of miles away from her famous sisters Kim and Khloe Kardashian, each of whom is having a bit of a busy week.

Kim is said to have split with boyfriend Pete Davidson after nine months, and Khloe has just become a mother for the second time having welcomed a baby via surrogate with ex Tristan Thompson.

If you’ve got a celebrity story, video or pictures get in touch with the Metro.co.uk entertainment team by emailing us celebtips@metro.co.uk, calling 020 3615 2145 or by visiting our Submit Stuff page – we’d love to hear from you.


MORE : Fans cringe at Pete Davidson’s tattoos of Kim Kardashian and her children as they split after nine months 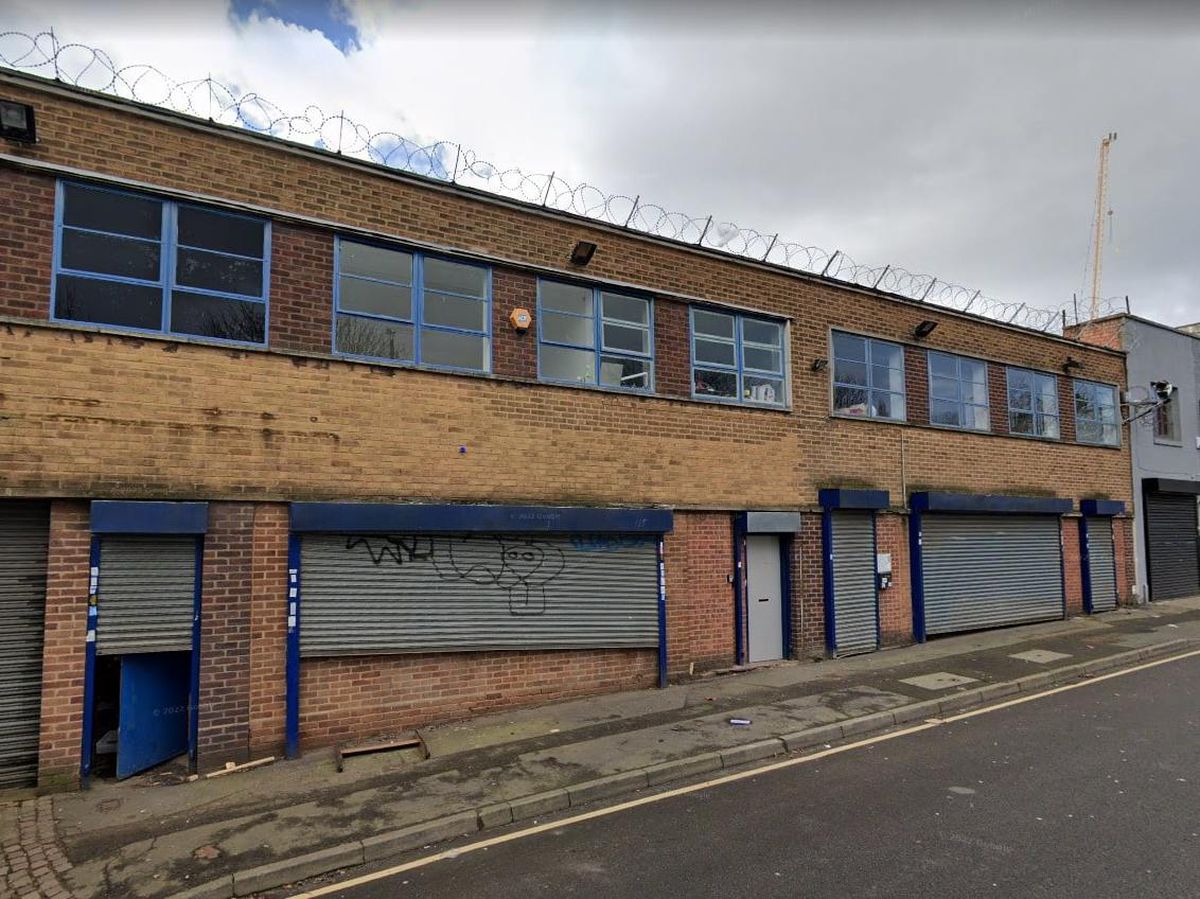 Buckingham Street, Hockley. Photo: Google TMC Café and Lounge, in Hockley, had applied for a licence to sell alcohol from{...}

The chair of the Commons Treasury committee has urged the government’s economic watchdog to produce fiscal forecasts alongside any emergency{...}

Train operator Avanti West Coast is to increase its services after slashing timetables more than five weeks ago. The company{...}