Whenever I watch documentaries on Paris Hilton, Britney Spears, Lindsay Lohan and the like, they always mentioned the fear of accidentally flashing the paparazzi and having it caught on camera. Like, these women changed the way I thought about how I should exit vehicles! Jokes aside, this kind of entrance does put celebs at risk for showing off their undergarments—but it’s not the only way to accidentally reveal your latest Parade purchase! While doing press in New York City, Lady Gaga had a wardrobe malfunction the paps won’t ever forget.

Just when I thought she couldn’t shine brighter after playing Allie in A Star is Born, Gaga found another great role to remind us she really can act: Patricia Reggiani, ex-wife of Maurizio Gucci and all-around girlboss gone up in flames. If you know the tale, you know! And if not, you’ll have to wait until House of Gucci is released on November 24.

But I digress! Gaga has been out and about all across the country doing press for the film, and her wardrobe has been even more glamorous than that of her character. On Monday, she was exiting the building where The Late Show with Stephen Colbert is filmed in a gorgeous one-shoulder black dress, featuring a large asymmetrical midriff cut-out and a dramatic leg slit.

Dramatic, especially, when the wind blows it up and reveals your underpants! 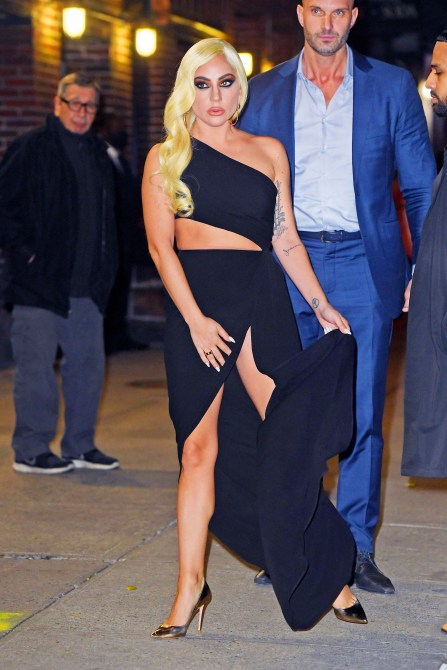 Fortunately, paps never posted the shots of Gaga with her panties on display, but they made out with quite a few of her covering her lower region with her hand just in case the wind returned for a second act. She then went on to pose and show off the look—which, good for her! Why let a little breeze and a tiny flash stop you from flexing?

Gaga paired the risqué look with metallic pumps and a sooty tight-lined smoky eye, plus bombshell blonde waves swept to one side. But it wasn’t her only great press tour look! The House of Gucci star has been serving up wardrobe-malfunction-free ‘fits left and right for weeks now. 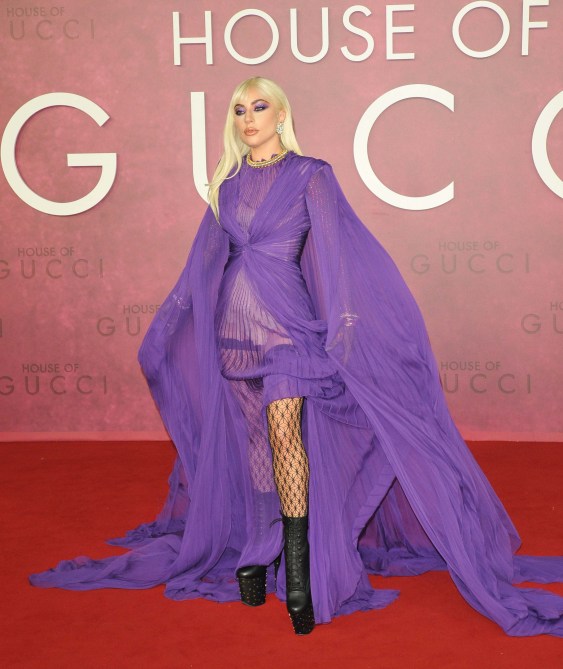 I mean, do we not die for this purple Gucci gown that made her look like an actual butterfly? The styling with her signature platform heels and edgy thigh-highs is to die for. 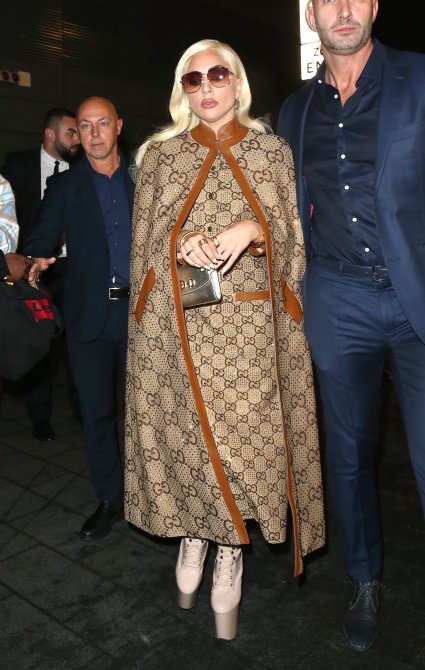 And of course, she had to do at least one head-to-toe GG-logo look while promoting the film! This leather-trimmed Gucci cape and the matching dress were both fully blinged-out with tiny crystals. 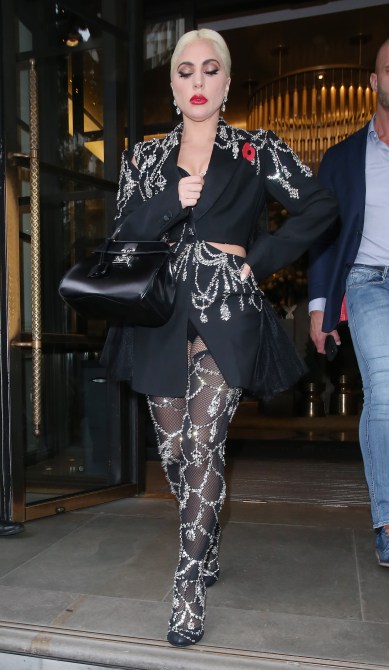 To me, this look felt old-school Gaga meets new-school runway bling. It’s as if jewel-encrusted Alexander McQueen number was made specifically for her! 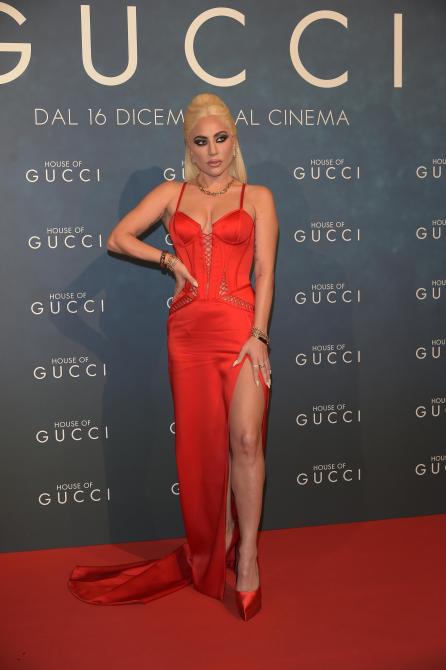 And of course, a moment of silence to pay your respects to this knockout custom Versaci look, paired with spot-on red platform pumps and chunky gold jewelry. One of my all-time faves on her, no doubt!