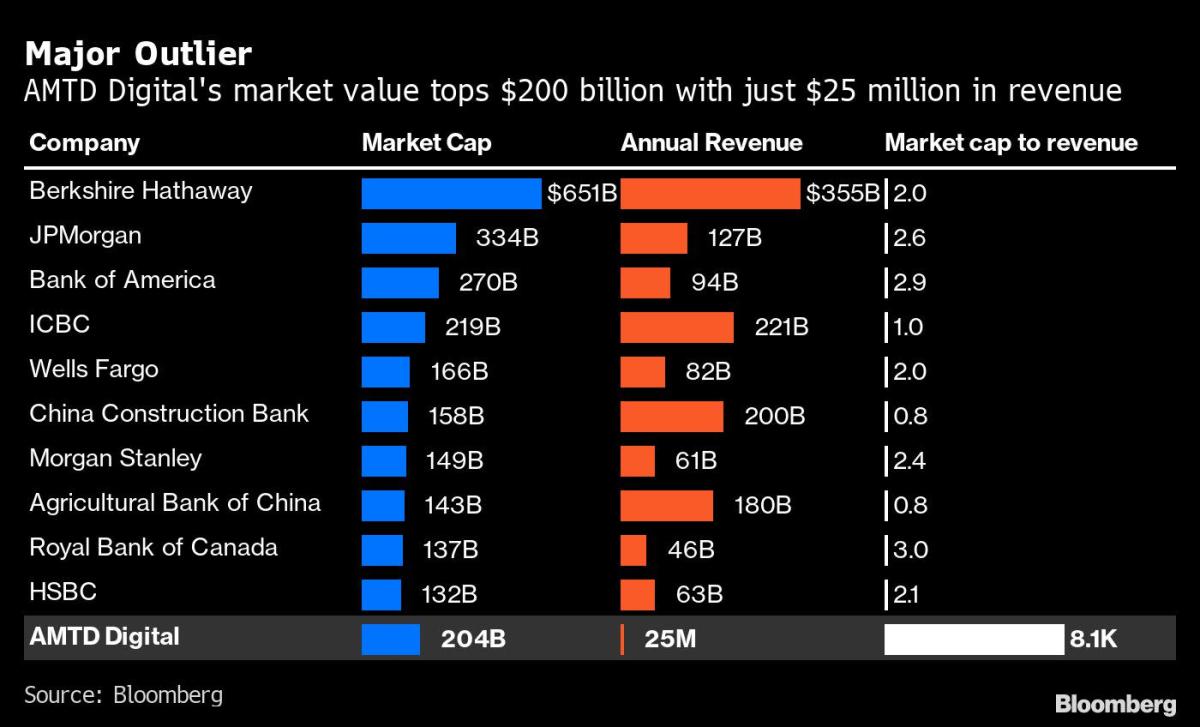 (Bloomberg) — Billionaire Li Ka-shing’s CK Group is selling its remaining stake in AMTD Group Co., the parent of the financial firm whose shares soared more than 14,000% after listing less than three weeks ago.

CK currently holds less than 4% of AMTD Group, according to a statement Thursday. It’s not invested in AMTD Digital Inc., the company whose market cap has surpassed that of most financial giants.

The rally has raised eyebrows from New York to Hong Kong, given AMTD Digital reported just $25 million in revenue for the year ended April 2021. Analysts have described the market gains as unjustified, and the company itself has said it doesn’t know of any “material” events that could be affecting the stock price.

Li’s CK was a founding member of AMTD Group in 2003, though it sold most of its shares almost a decade ago, the statement said. It added that CK currently has no representative on AMTD Group’s board and is not involved in its operations.

Calvin Choi, AMTD Group’s chairman and chief executive officer, is now its major shareholder with a 32.5% stake held through a British Virgin Islands vehicle. The former UBS Group AG banker is currently fighting an industry ban in Hong Kong for failing to disclose conflicts of interest. 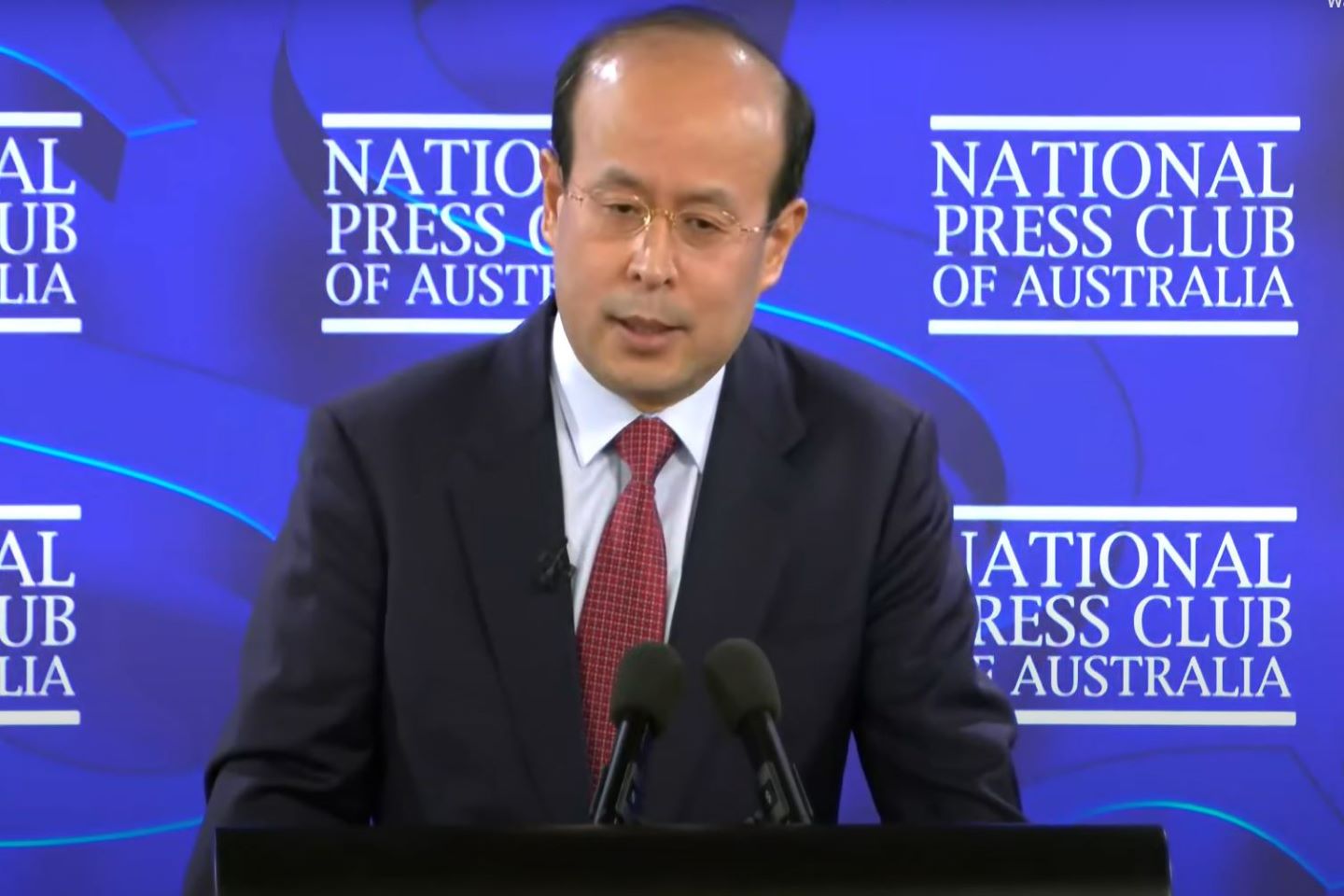 China’s ambassador to Australia has delivered a stinging rebuke of media coverage about his country while addressing the National Press{...}

That’s helped, ultimately, to bring short-end rates higher and put market pricing for where policy is likely to be this{...} 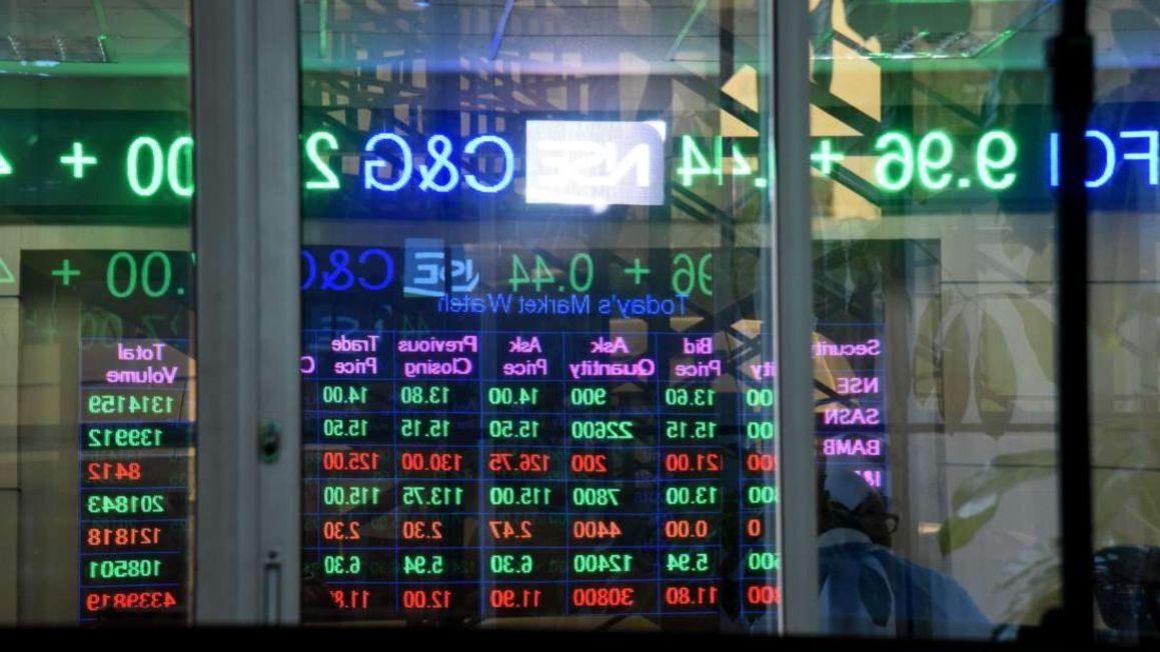