Liz Truss has arrived in the US where she will hold talks with Joe Biden, the US president, on her first foreign trip as UK prime minister.

Relations between the two leaders are already strained by her threats as foreign secretary to rip up the post-Brexit trading arrangements in Northern Ireland.

Biden has expressed concerns that peace in the province should not be undermined by the Brexit row, and has been reluctant to strike a free trade deal with the UK as a result.

However, the pair are likely to find common ground on pursuing a tough line on Russia over its invasion of Ukraine, as well as sharing a hawkish approach to China.

Truss will use her visit to the UN general assembly in New York to underline Britain’s long-term commitment to Ukraine and its people with a pledge of at least £2.3bn in military aide next year.

In recent days, Ukraine has made major military gains against Russia, with territory in the east of the country liberated by its armed forces.

The UK is expected to provide more equipment to the country such as the multiple launch rocket system which has helped Ukraine regain more than 3,000 sq km (1,200 sq miles) in recent days.

It is already the second largest military donor to Ukraine after the US, committing £2.3bn in 2022 and providing hundreds of rockets and five air defence systems, as well as training troops.

Ahead of the trip, Truss said: “Ukraine’s victories in recent weeks have been inspirational. Time and time again these brave people have defied the doubters and showed what they can do when given the military, economic and political support they need.

“My message to the people of Ukraine is this: the UK will continue to be right behind you every step of the way. Your security is our security.”

She will also tell fellow leaders that they must put an end to Putin’s economic blackmail by removing all energy dependence on Russia. Earlier this month Russia again closed off the Nord Stream pipeline, with restrictions on supply leading to further spikes in energy prices.

Truss said: “By turning off the taps of Nord Stream gas pipeline, Putin has consigned millions of people in Europe to a colder and more difficult winter.

“Too many lives – in Ukraine, in Europe and around the world – are being manipulated by a dependence on Russian energy. We need to work together to end this once and for all.”

The prime minister wants to use the diplomatic visit to encourage global efforts to stop Russia from profiting off its energy exports while ending energy dependence on authoritarian regimes.

Her most significant bilateral talks, which will define the next two years of the ‘special relationship’, will be with Biden after a planned meeting in Downing Street was rescheduled for Wednesday at the UN.

While there are pre-existing tensions over Brexit between the two leaders, inherited from Boris Johnson’s government, both sides are said to be hoping to improve the relationship amid signs that talks between the UK and the EU will resume over the protracted dispute.

Labour meanwhile said Truss had been “snubbed” by Biden after their planned meeting prior to the Queen’s funeral did not go ahead.

David Lammy, the shadow foreign secretary who is also flying to New York for bilateral meetings, said she should “bring the UK back in from the cold and begin rebuilding our country’s diplomatic influence”.

He claimed that “12 years of Conservative governments making diplomatic gaffes, announcing plans to break international law, failing to live up to promises on climate action and cutting international aid” had “damaged relations with the US and left Britain isolated on the global stage”.

Lammy added Truss “urgently needs to wake up to the damage her reckless approach to foreign policy is doing to the UK’s national interest” and said a Labour government would scrap the “lawless” protocol bill and “get back round the table with EU”, as well as restoring the UK’s 0.7% aid target.

After a meeting between Truss and the Irish prime minister, Micheál Martin, on Sunday, both sides were understood to have agreed that there was an opportunity to reset relations between the UK and Ireland, giving hope that talks with Brussels will restart in coming weeks.

During Truss’s two-day trip to New York she will hold a series of bilateral meetings with other leaders including the European Commission president, Ursula von der Leyen and the French president, Emmanuel Macron.

It will be the first official meeting between the pair since Truss’s comments during the Tory leadership race that the “jury’s out” over whether Macron was “friend or foe”.

She will also address the UN directly in a speech on Wednesday with British officials privately believing that, despite her sometimes stilted delivery, she will get a better reception than Boris Johnson, who last year left diplomats bemused with his ramblings about Kermit the frog.

When she lands back on British soil on Thursday, Truss will be putting the finishing touches to her mini-budget, which is expected to confirm national insurance cuts. Analysis by the IFS on Monday found that the lowest-paid workers stand to gain just 63p a month from the move, while the richest could get back £150 a month. 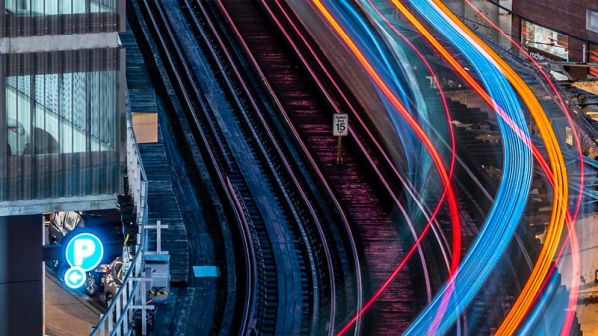 The initiative aims to support SMEs to deliver greater value and innovative capability in the rail supply chain. THE University{...}

Mrs Badenoch has already told allies that she is “very unlikely” to run for the leadership. While a small group{...}

THIS month marked the 20th anniversary of one of the most cold-blooded crimes St Helens has witnessed. It involved the gangland-style{...}