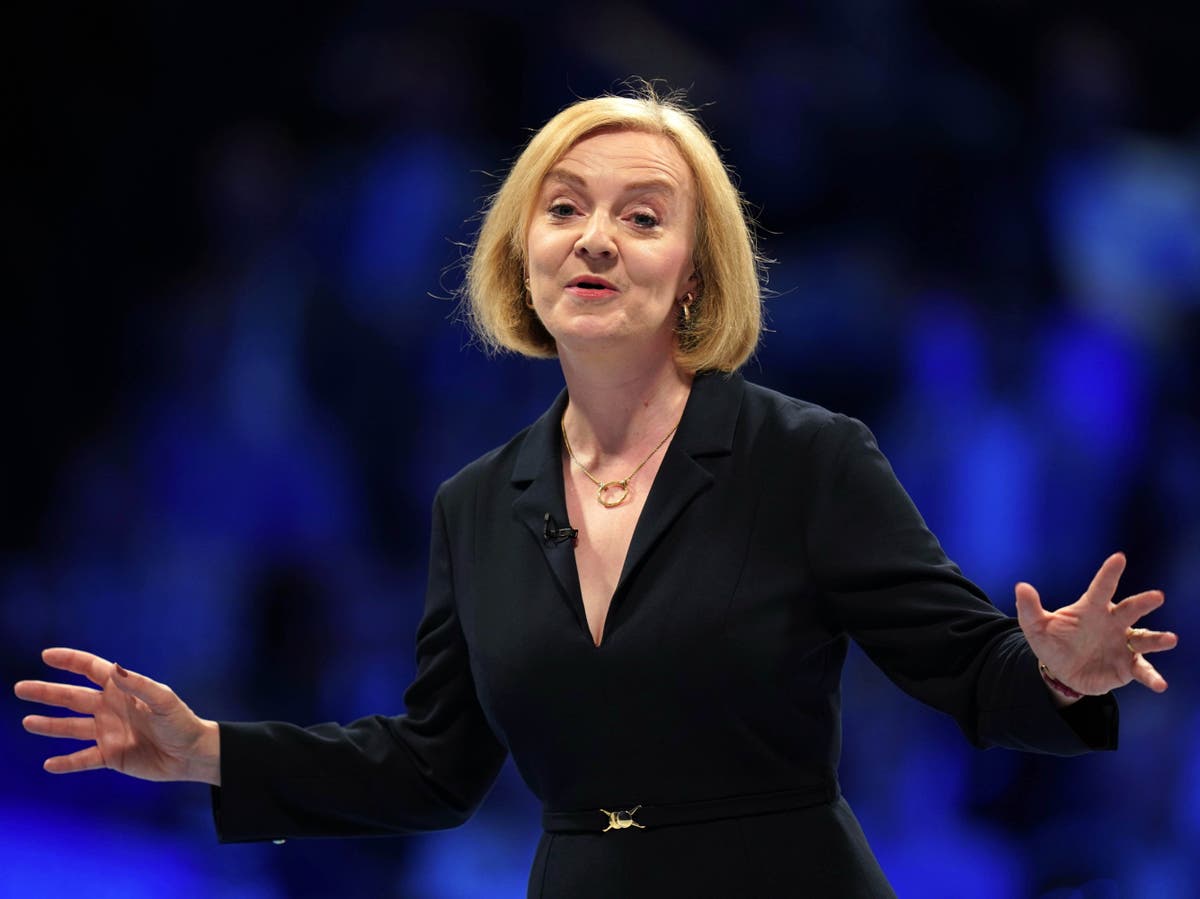 Liz Truss has signalled that she will not appoint an ethics adviser if she replaces Boris Johnson, suggesting it was unnecessary because she knew “the difference between right and wrong”.

The Tory leadership contest favourite repeatedly refused to commit to replacing Lord Geidt, who quit as Mr Johnson’s independent adviser on ethics in June, saying he had been forced into an “odious” position by the prime minister.

“You cannot outsource ethics to an adviser – we need ethics running through the government,” the foreign secretary told a Tory hustings event in Birmingham on Tuesday night.

“I do think one of the problems we’ve got in this country is we’ve got numerous advisers and independent bodies and rules and regulations,” Ms Truss said. “For me it’s about understanding the difference between right and wrong – I am somebody who has always acted with integrity.”

Pressed on whether she would have an adviser to hold her to account, she said: “If a leader is saying they don’t know they difference between right and wrong and they need to outsource it to an ethics adviser, I think that’s a fundamental problem.”

Ms Truss said she would uphold standards by appointing “a strong chief whip” and bring them back to Downing Street “so they are at the heart of government and making sure there is zero tolerance of misbehaviour”.

Her rival Rishi Sunak, who said he would appoint a replacement for Lord Geidt, vowed to run a government of “competency” and “decency” if he manages to stage an upset an emerge victorious in the contest on 5 September.

Mr Sunak attacked Ms Truss’s plan to prioritise tax cuts over direct support with soaring energy bills, warning that “millions of people are going to face the risk of destitution”. He insisted that a “compassionate government” must help pensioners and the most vulnerable with additional payments.

Decrying Ms Truss’s “unfunded” tax cuts, Mr Sunak also claimed to be the true heir to Margaret Thatcher. “Why is it that she’s so revered? … She was prepared to take difficult decisions. She wasn’t prepared, ever, to make a promise she couldn’t keep.”

The underdog also refused to say whether he would vote for a Truss administration’s Budget to cut taxes if he was a backbench MP – saying it was a “hypothetical” scenario.

Ms Truss insisted that grim economic forecasts were not “destiny” when asked about her previous claim that a UK recession could still be “avoided”. She said: “We have the ability to change our own future by doing things differently.”

She denied that that she had invited comparison with Thatcher – saying it was the media who “constantly go on about it” – and insisted that we need “different policies now” to those she introduced in 1979.

Ms Truss defended her decision to cut £235m from Environment Agency funding when she was environment secretary, amid growing concerns about the volume of sewage going into Britain’s waterways, saying she was a “great believer” in government efficiency.

“Believe me, there were things that the Environment Agency were doing that they shouldn’t be doing,” she claimed – before saying it was up to Ofwat to regulate the water companies.

Ms Truss also revealed that she wanted to redirect the £13bn earmarked for the health and social care levy away from the NHS and into social care. “I believe it should go to local authorities to deal with the very real issues in social care,” she said.

Mr Sunak, meanwhile, defended his plan to charge people £10 for missed appointments with their GPs as part of a “crackdown on those abusing” the NHS. He said reform was vital so the government “can stop throwing money” at the health service.

Mr Sunak also said he wanted to keep the door open to a deal with the EU over the Northern Ireland Protocol, saying: “With a new prime minister we have a chance to reset that relationship … I have very good relations with all my counterparts [in the EU and Ireland].”

However, the frontrunner received huge cheers when she told the hustings she would “stop militant trade unions” with legislation to limit strikes and take on the “identity politics of the left”.

“I’m a plain-speaking Yorkshire woman, and I know a woman is a woman, and I will protect our single-sex spaces.”

Not to be outdone on culture war issues, Mr Sunak vowed to “take on this lefty woke culture that seems to want to cancel our history, our values – and our women.”

Outside the hustings at the NEC Birmingham about 40 protesters had gathered, chanting “Tory scum – out of Brum!” while party members queued to get in.

A knot of campaigners, marshalled back behind barriers by police officers, were carrying Socialist Worker-branded placards with slogans including: “Kick the Tories Out, Nurses not Nukes”. Another read: “Truss Neither of Them”.

London Lions will play their next EuroCup home fixture at Wembley Arena, with all proceeds going to charity. Lions host{...}

Liz Truss has defended her tax cut plans costing at least £30 billion a year as “affordable” as the economic{...}