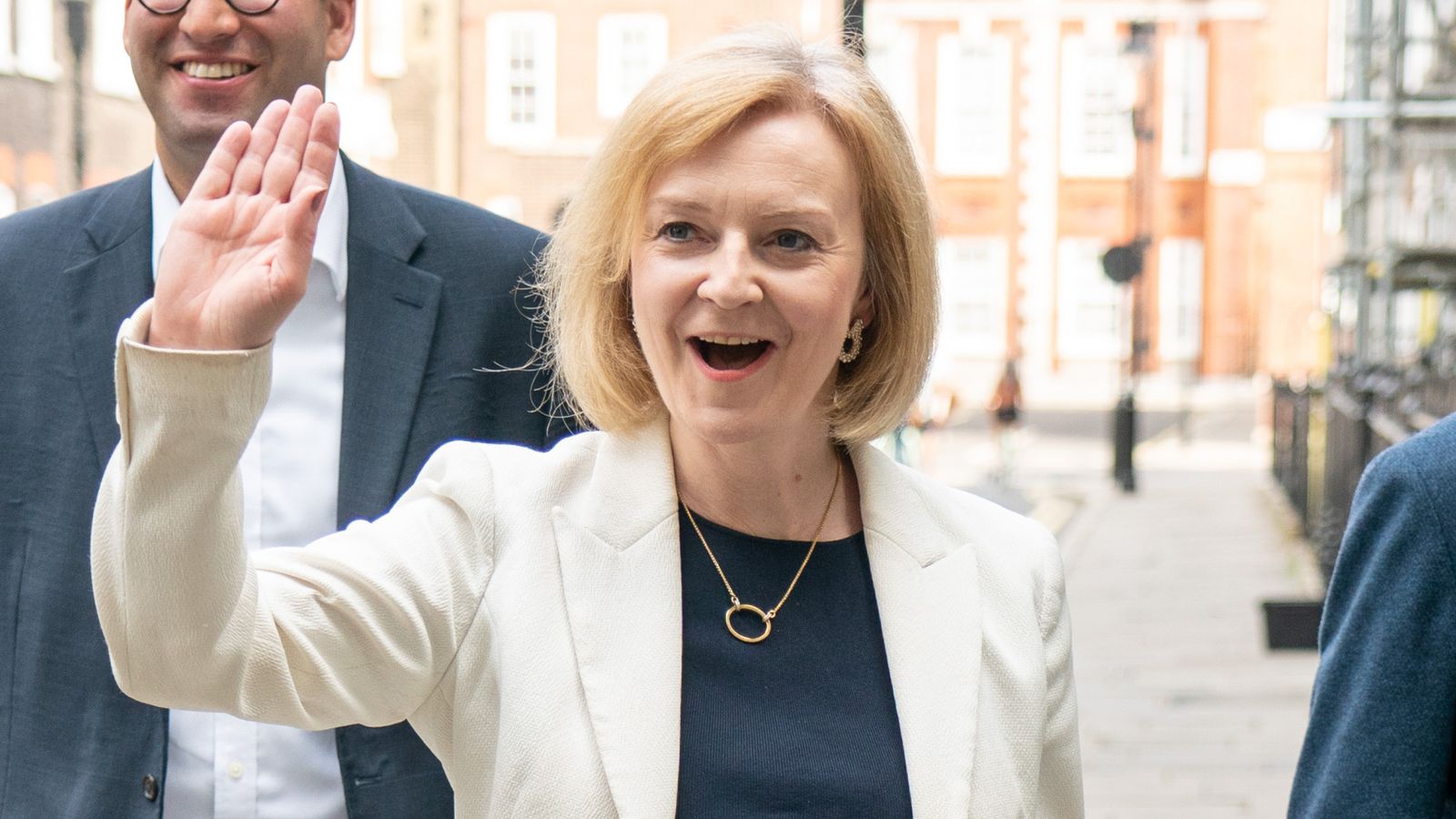 Liz Truss has suggested she would “ignore” Nicola Sturgeon if she were to become the next leader of the Conservative Party.

Speaking at the latest Tory leadership hustings in Exeter, the foreign secretary called Scotland’s first minister an “attention seeker” and responded “no, no, no” when asked about the prospect of another independence referendum if she were to become PM.

“I really believe we are a family, and we’re better together,” she said.

“I think the best thing to do with Nicola Sturgeon is ignore her. She’s an attention seeker, that’s what she is.”

Meanwhile, fellow leadership contender Rishi Sunak declared himself “definitely the chance candidate” and spoke against uncosted tax cuts because of the economic problems they could bring – to which he received loud cheers from party members in the audience.

Both candidates also said that they would look closer at the Online Safety Bill.

Ms Truss said she will be “making sure that it protects free speech”, while former chancellor Mr Sunak said he will look again at the “legal but harmful” provisions in the bill.

In a lighter moment during the almost two-hour session, rapid-fire questions saw both candidates disclose the professions they would like to be doing if they weren’t MPs.

Ms Truss said she would like to be a food critic or writer, as she enjoys food.

Mr Sunak disclosed that he wanted to be in Star Wars when he was younger, but would now be extremely happy to run his beloved Southampton Football Club.

The former chancellor was keen to make an impression, having been left on the back foot from the very start of the hustings after former leadership challenger Penny Mordaunt announced her endorsement of Ms Truss. 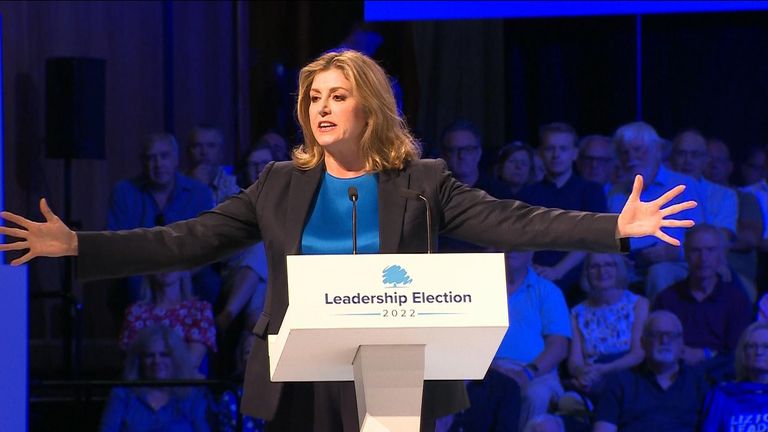 Getting into policy, Ms Truss said she considers rural communities as part of levelling up and pledged to fix rural broadband and infrastructure issues.

She was also cheered for vowing to get rid of solar farms and once again pledging to cut taxes.

“I will channel the spirit of the Lionesses who fought bravely against the odds, and got things done, and delivered a massive victory,” she said, referring to England women’s victory over Germany in the Euro 2022 final yesterday.

“We have to have that confidence in ourselves.”

Despite an at times bitter contest thus far, Ms Truss also said she would have the “fantastic” Mr Sunak as “part of my team” if she becomes PM.

Mr Sunak himself was applauded by Tory members after saying Ms Truss’ policies on corporation tax are “exactly the failed Treasury orthodoxy of the last 10 years”.

“I want to reform the corporate tax system. Liz Truss’ policies on corporate taxation are exactly the failed Treasury orthodoxy of the last 10 years, which hasn’t worked. I want to change it and grow the economy,” he said.

Mr Sunak also stressed there is a need for “more flat-pack housing” – and to be bold in reforming the NHS.

Asked about the increasing use of technology in public services, he said: “Right now we’ve got this massive problem with the backlogs.

“As they’ve already done in some trusts, we can use software automation and AI to massively rip through all of the triaging and processing of them and clear up the lists, and that’s going to clear up processing times.”

Challenged by a member of the audience over his loyalty to the current PM, Mr Sunak replied: “I respectfully disagree because I was loyal to Boris Johnson for the two and half years that I had this job.” Later on Monday evening Ms Truss set out her plans to cut Whitehall waste, bureaucracy and inefficiency, which her team claims would save the taxpayer up to £11bn a year.

The foreign secretary said she will launch a “war on waste”, scrapping diversity and inclusion jobs, tackling “the injustice of taxpayers being forced to fund trade union facility time and making sure civil servants are focused on delivering front line services.

“As prime minister I will run a leaner, more efficient, more focused Whitehall that prioritises the things that really matter to people and is laser-focused on frontline services,” she said.

“There is too much bureaucracy and stale groupthink in Whitehall. If I make it into Downing Street, I will put an end to that and run a government that focuses relentlessly on delivering for the British public, and offer value to hard-working taxpayers.”

Her proposals met with a furious response from a major civil service union, which vowed to oppose her plans “every step of the way”.

Mark Serwotka, general secretary of the PCS union, said: “If Liz Truss is elected, and if she tries to go ahead with these proposals, she’ll face opposition every step of the way.

“Civil servants are not a political tool to be used and abused for one person’s ambition; they are the hard-working people who keep the country running, day in day out, and they deserve respect.”

Mr Sunak and Ms Truss will once again face the cameras this week on Sky News.

On Thursday at 8pm from Sky Studios in west London, The Battle for Number 10 will see them take part in back-to-back questioning from a live studio audience made up of Conservative members still largely undecided on who to vote for.

This will be followed by an in-depth interview with Kay Burley.

The programme will be broadcast live for 90 minutes and for free on Sky News channel 501, on Freeview 233, on Sky Showcase channel 106, and across Sky News’ digital channels.

Greenwich Council has sent plans to add a mural and heritage plaque to the west-facing wall of the Christ Faith{...} Former Eastenders star John Altman The show will be arriving in Birmingham, at the Alexandra Theatre from October 31-November 5{...} 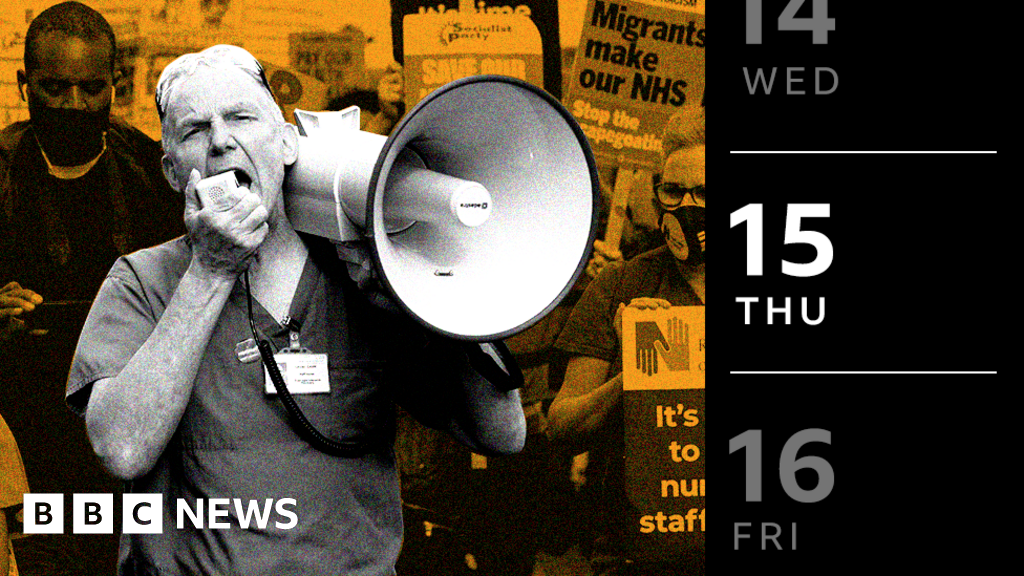 Who is striking? How Thursday 15 December’s walkouts will affect you  BBC Who’s on strike today and how will it affect{...}