Scotland Yard is aware of rumors of organized violence in a park in London this weekend.

TikTok is flooded with videos of young people, many of them school-age, referring to talk of a planned confrontation in south London.

One said Burgess Park in Camberwell ‘should be a horror movie’ on June 2, while another user wrote ‘whoever is going to Burgess Park, tell your mother you love her’.

Several refer to people who plan to take knives and other weapons.

An amusement park held in the park started last week and is to be held throughout the Platinum Jubilee Bank Holiday weekend.

Seven people were arrested and parents were ordered to stop their children from participating when fights were reported.

Initial reports of a stabbing turned out to be incorrect, but a Section 60 executive order giving police the right to stop and search people in the area was enforced, and weapons found.

Superintendent Dan Ivey, head of the neighboring police for Lambeth and Southwark, said: ‘Police are aware of information circulating on various social media channels regarding possible violence in the Burgess Park area in SE5 on Thursday 2 June.

‘This has been introduced into our local police plan, which covers the entire holiday weekend, and a visible police presence will be seen in Burgess Park and other key areas across Lambeth and Southwark over the weekend.

‘Our priority is to ensure that our communities can celebrate the anniversary weekend in a safe and secure environment.

‘Anyone who intends to commit criminal activity will be identified and treated appropriately.’ 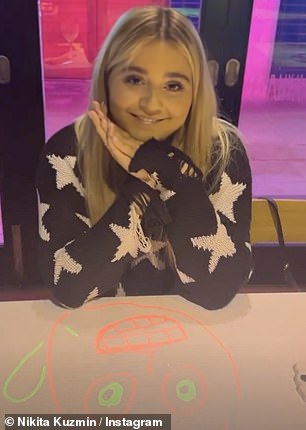